A holistic investment promotion tool for Buffalo City is essential, a tool that offers relevant and easily accessible information for existing business as well as potential investors. This need was realised by the Border-Kei Chamber of Business (BKCOB) in 2009 when the Chamber conceptualised a coordinated investment promotion platform, called Invest Buffalo City (IBC). The Chamber involved the Buffalo City Metropolitan Municipality, the Eastern Cape Development Corporation (ECDC) and the East London Industrial Development Zone (ELIDZ).

The initiative gained momentum in 2010 when the Thina Sinako Local Economic Development Fund – provided by the European Union allocated funding for the Chamber to manage the project and to develop a web based platform. Invest Buffalo City gained further impetus in 2015 when a full time advisor was placed at the Chamber, the result of a partnership between the German Development Corporation represented by the GIZ and the BKCOB. 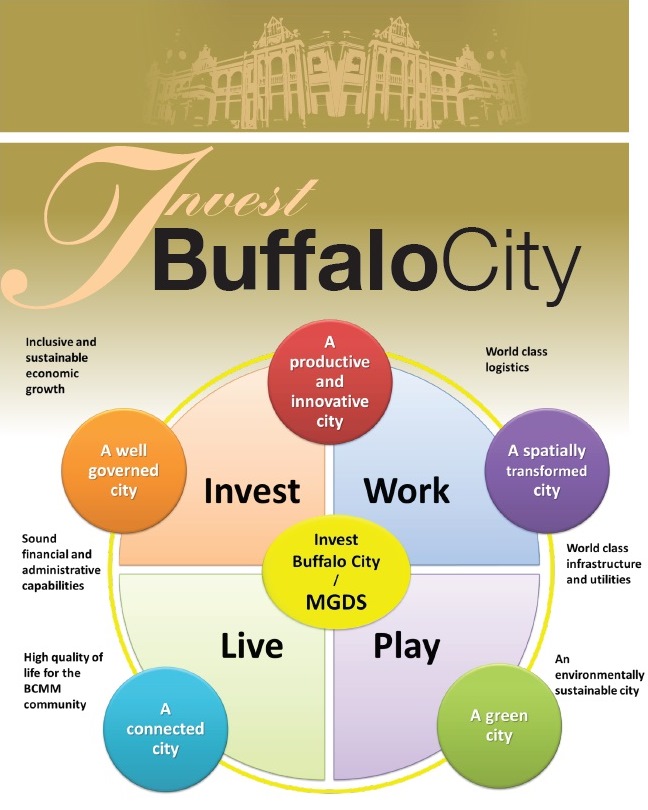 IBC has appointed a new Project Manager in February 2017 and is working with stakeholders to examine specific Buffalo City investment incentives that will ensure both investment retention as well as promoting Buffalo City as a premier investment destination.

To do so, IBC relies on a well-functioning metro. The youngest metro in South Africa, Buffalo City Metropolitan Municipality only gained metropolitan status in 2011. In a 2015 survey conducted by the South African Customer Services Index (SACSI) on the residents’ satisfaction index, 3 059 randomly selected respondents scored Buffalo City a dismal 47.1 out of 100, the lowest in the country.

IBC therefore closely engages with the metro’s current economic growth plans and is actively involved in the shaping of the Metro Growth and Development Strategy, the 2030 vision for the City.

These have been closely aligned with IBC as a tool to translate the city’s development vision into practical terms for businesses and the general public. The Call-2-Action is currently being rolled out in pilot areas to promote a clean and green city.

Investment promotion is more than foreign or national investor relocation. It is also about changing the way current investors and businesses view the city. As such, local Buffalo City businesses have come on board to motivate doing business in the City.

Videos have been produced by various companies under the banner of Invest Buffalo City – a place to invest, work, live and play.

To watch the other videos as well as find all the latest investor friendly information, visit www.investbuffalocity.com