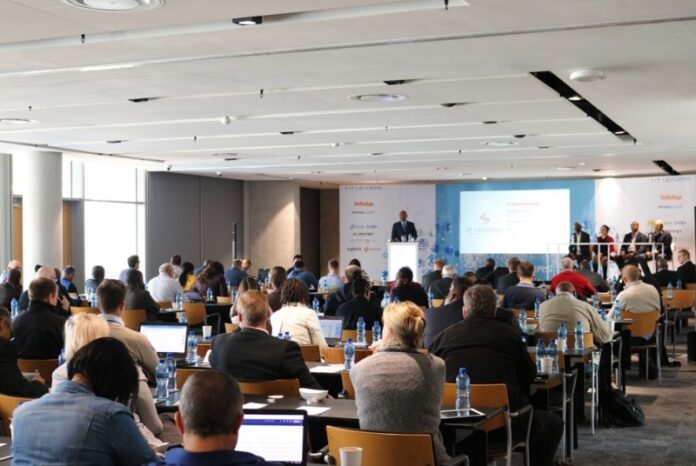 The 11th edition IT Leaders Africa Summit is the premier CIO and business technology summit where top industry leaders meet to discuss the most current trends affecting key players in the IT sector. This Summit will be held at 15 On Orange Hotel, Cape Town from 8th & 9th October 2019.

Discovering more around the aptly named Fourth Industrial Revolution, what it could hold for the continent of Africa, what measures the SA government are putting in place to leverage new opportunities and how digital security measures, new legislation and law enforcement will be enacted during the season of rapid growth in connectivity and communication across the world, are the core themes being covered at this year’s IT Leaders Africa Summit, featuring Afrisecure Cybersecurity Track on the 8th and 9th October at 15 on Orange Hotel, Cape Town.

President Cyril Ramaphosa chairs the new 4IR commission announced by the Presidency in April followed by a first meeting last month and where we are now told, “Within the next few months, the commission will engage with key stakeholders and the public, working towards the development of South Africa’s blueprint on 4IR,” said minister of communications and digital technologies, Stella Ndabeni-Abrahams. “This is in addition to what the industry is doing. For example, Telkom has about 160 000 km of fibre, which will be critical as we move forward into the 4IR. Broadband Infraco has rolled out 15 000 km of fibre and 147 points-of-presence throughout the country. Sentech has an extensive wireless network with more than 300 sites to deliver digital and broadband services,” the minister said. (Source – ITweb)

ITLA 2019 is in alignment with the government’s vision for connectivity moving forward and will see Todd Krautkremer, CMO, Cradlepoint tell delegates what to expect from 5th generation wireless connectivity (5G) and additional Government input from Omeshnee Naidoo and Shuaib Parker from the City of Cape Town will discuss the importance of talent acquisition in South Africa.

The new technologies emerging as a result of this increase in connectivity will be covered by some of South Africa’s best in the areas of Artificial Intelligence (AI), the Internet of Things (IoT), Cloud technology, Big Data and of course the role of the CIO today.

The event also marks the merging of security with the heightened risk of 4IR movements as data, according to the Netflix documentary “The great hack”, has surpassed oil in value. Whether this is entirely accurate remains to be proven, but where there is money there is greed and greed begets crime. It is no surprise that the need for new legislation around cybercrimes has emerged in South Africa. The bill has been passed and we are simply waiting on the Presidency to enact it into law.

The Summit will usher in a new “intimate” atmosphere at the new venue and should, no doubt, feels like twice the value, as the two previously separate events are combined into an holistic approach and comprehensive experience for CIOs and their C-suite counterparts.

For more information about IT Leaders Africa Summit please contact: