Mark Sack, the managing director of one of South Africa’s most famous brands and a speaker at The Food Forum 2017, the conference for Africa’s Big 7, reveals why expansion was a two-year challenge.

Two years’ planning comes to fruition this year with the launch of Sally Williams Ice Cream and the company’s bold move into the retail sector.

Not unexpected, you would rightly assume, but ask any South African with even the mildest sweet tooth and they will know this company that has won awards around the world for its products.

The boss of Sally Williams invested in the company in 1999, two years after it started, securing a half ownership while it was still a small business.

“Sally Williams is only the second job I have ever had,” says Mark. “I started my first business whilst studying at university – I imported consumer electronics and wholesaled it around the country.

“From there I came across to this fledgling little business started by, my now ex mother in law, in its second year of operation. At that point, I bought 50 per cent of the business before buying the remaining 50 per cent over the next couple of years.”

Mark was talking in preparation for being a guest panelist at The Food Forum 2017, next month at Africa’s premier food and drink expo Africa’s Big 7, held at the Gallagher Convention Centre in Johannesburg from June 25 to 27.

His company, Sally Williams, has enjoyed huge success over the past decade and a half, now boasting offices in the UK and the US and currently exports to more than 23 countries.

A couple of years ago, in the search for growth, Sally Williams began investigating the ice cream sector and 2017 will see a huge push into the market.

“We have been planning and developing a range of ice creams that differ from what is currently on offer in the marketplace in that all our ice cream is made from scratch using our nougat and Turkish Delight as inclusions,” says Mark.

“It has taken nearly two years to perfect this product range with us setting up an ice cream manufacturing plant close to our existing nougat manufacturing facility.”

In March this year his company made the bold move into retail with its first Sally Williams concept store, selling the new ice cream alongside the full range of Sally Williams products in the upmarket Nelson Mandela Square in Sandton, Johannesburg.

“Based on the phenomenal response, we are in the planning stages for a number of these stores both around the country and in select foreign destinations,” says Mark.

His vision will be an inspiration to anyone looking to find opportunities in the current market, which has changed, but can still be enormously lucrative.

He explained: “We realised a very long time ago that Sally Williams, in essence, operates two businesses. One would be the manufacturing facilities and the other would be the sales, marketing and distribution arm. This allows us exceptionally tight control over both quality and the value chain with the ability to affect change much faster than a contract manufacturer would be able to achieve.”

And he admits that the future presents challenges for everyone in the food sector, but finding a way through helps businesses became better, and the consumer benefits.

“Currently the South African economy is struggling, with the man on the street feeling more beleaguered than ever before,” he said. “As a well-recognised brand this means we need to be more fleet of foot than ever before, ensuring a regular supply of product on shelf, priced fairly and packaged beautifully.

“Unfortunately, it appears that in times such as these the large retailers are better able to deal with economic slowdown, whilst the smaller mom-and -pop retailers find it hard to make a go of it.”

He said that’s brought pressure from the big retailers, who ask more of suppliers: “The larger retailers have become increasingly more demanding over the years, creating the impetus for us to up our game as well. There appears to be a strong drive towards established brands, with the consumer spurning unheard of brands and going with the brands they trust and enjoy.”

“The opportunity for Sally Williams is to continue doing what we believe we do well, further entrenching our brand in the consumers mind whilst continually looking to innovate, create and achieve more. From a Sally Williams perspective, we will continue to defend and fight for greater market share with a big push in our export division.”

Mark is a guest panelist at The Food Forum 2017, part of the session on day two “Utilising innovation to unlock growth: Translating consumer insights into tangible products to meet and influence market tastes”.

The rebranded AB7 and The Food Forum 2017, is co-located with SAITEX 2017 – Africa’s largest product sourcing event – and The Hotel Show Africa 2017, one of the world’s most successful hospitality event brands, at The Gallagher Convention Centre, Johannesburg, from June 25 to 27.

You can see the full Food Forum conference programme at www.africabig7.com and also register for show and conference passes. 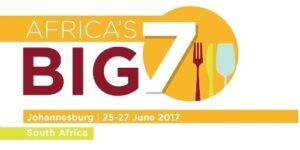