The College of Cape Town received a number of very prestigious and highly acclaimed awards at the Opening Ceremony of the Department of Higher Education & Training’s Technical and Vocational Education and Training (TVET) Imbizo which took place in Johannesburg recently. One of these sought after awards is the Minister’s Award for the Most Innovative College in the area of Information and Communication Technology (ICT).

The Minister’s Award for the Most Innovative TVET College in ICT was made on the basis of an industry demand-led ICT programme called the “PROPEL” programme, which was run at the College’s Crawford Campus over a 3 year period. The Western Cape Government’s Department of Economic Development and Tourism (DEDAT) funded the programme which started during 2014/15 when the college had to train and facilitate employment opportunities for 170 previously unemployed youth in Cisco and Linux.

The name of the programme was aptly chosen as it described “moving” someone or something into a new situation or make them do something. In the context of the programme, PROPEL referred to “propelling” students who undertook a short focussed technical and soft skills training course which could lead to meaningful employment.  The overall objective of the programme was to fast-track unemployed persons, mostly Matriculants and TVET National Certificate Vocational (NCV) Level 4 students in ICT skills that have been determined by industry to be in high demand and short supply, thereby dramatically increasing their opportunities to gain employment upon completion. The training would simultaneously add to the economic development of the region by increasing the pool of qualified ICT professionals to industry. The project was intended to involve various stakeholders including the Western Cape Government (DEDAT), the Cape IT Initiative’s CapaCiTi Training and Internship Programme, and Cape Town-based mentoring companies.

Since its inception, the PROPEL Project has trained and placed more than 400 students, and to date has seen three iterations of the programme being delivered. As an important feature for the programme, it included the involvement of approximately 30 to 40 companies to date, and an ecosystem of partnerships with mentoring firms with the assistance of the Cape IT Initiative. The support rendered by DEDAT has been significant for the College of Cape Town’s ICT Department as it served to build internal capacity along the way.

The PROPEL Programme has been successful not only in training unemployed youth in relevant industry-demand-led skills programmes, but also in placing these students in sustainable employment through the Cape IT Initiative’s CapaCiTi programme. The Cape IT Initiative were responsible for managing, recruiting and placing students in employment as part of this project. The initiative provided Cisco CCNA 1 and 2 networking training, and through CapaCiTi, end-to-end recruitment support, on programme life skills and mentoring, and post-training internship placements over an 8 month period.

The impact should have long term benefits for local communities, and an increased employment opportunity for both participants (students) and for local business. By targeting unemployed or semi-employed (ad hoc employment or shorter termed project based) youth, the programme supported government’s national priorities such as the HRD Strategy; NSDS III; Growth, Employment and Investment strategies; Broad Based Black Economic Empowerment and Social Development. 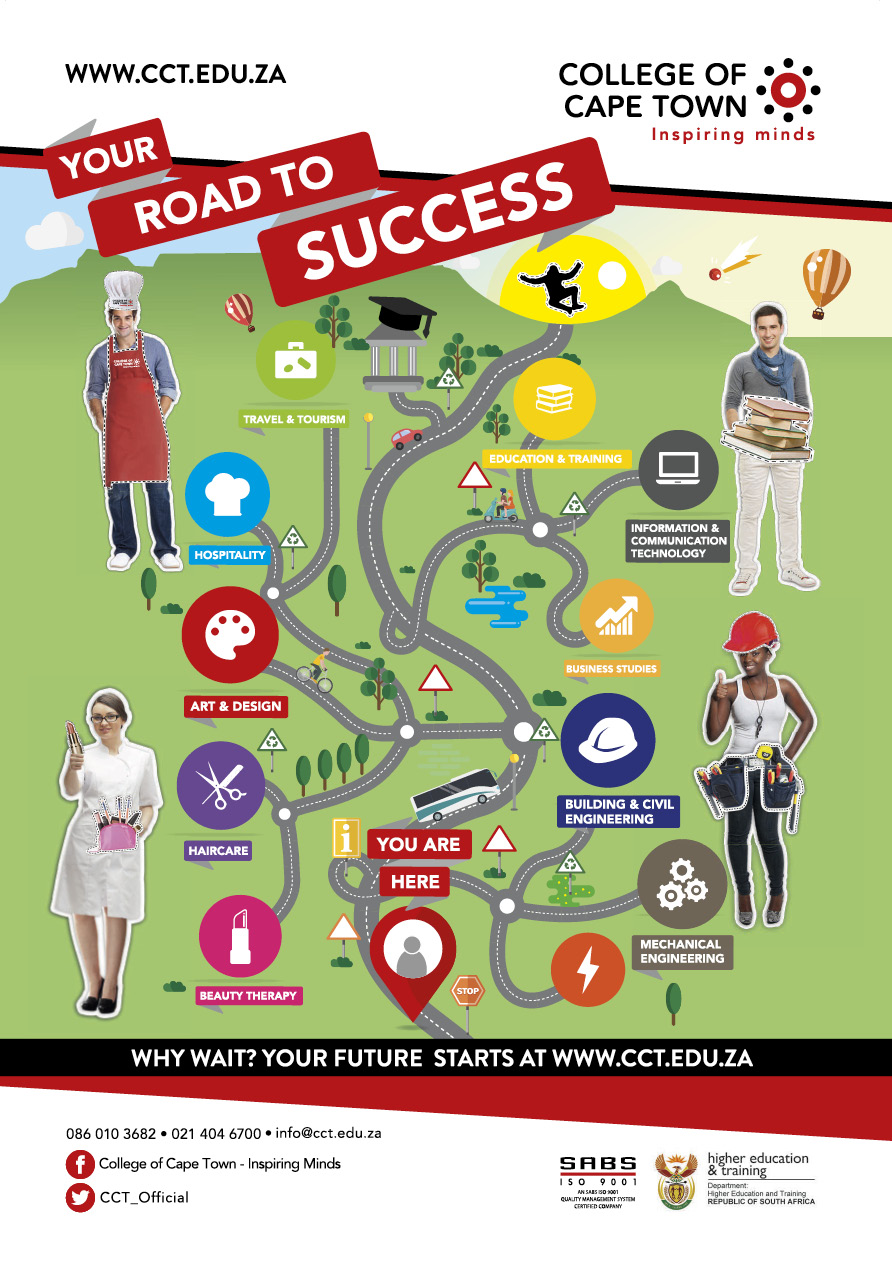 Ultimately, project beneficiaries were the unemployed and semi-employed individuals from Cape Town and its surrounds who showed good attitude, a strong ability to learn and technical aptitude. The beneficiaries were mostly black males and females who had a minimum of matric with Mathematics as a subject.

Through the PROPEL programme, several students were successfully placed in industry with many finding permanent employment afterwards. The project also allowed for the placement of lecturing staff at companies, and also allowed for their upskilling through industry-led training in programmes such as Oracle Java and other initiatives such as Bitcoin/Blockchain technology exposure. A huge focus for student placements included a Work Readiness component in the form of Speed Interviews, Corporate Life Skills, Passport to Success and IT Services Management training.

The College’s Academic Manager, Deon Halls, also coordinated the International North South ICT Conference with a theme titled: The Connect College: Leading and Innovating towards Student Employability in a Digital Age. The aim of the conference was to further capacitate lecturers with the assistance and inputs of role players such as DEDAT and the British Council of South Africa. A special Skills 4 Work Zone was established to have a focused track run on 21st Century Skills.

In his address at the TVET Imbizo, former Minister Nzimande stressed that the roadmap to the DHET’s desired vision should not be an isolated or independent process, but an integral part of all the initiatives currently under way, as well as those that are still being planned.  He noted that “TVET colleges are vital national assets which empower the next generations with very practical skills and knowledge. They make a crucial contribution to the ability of our economy to be competitive.” Highlighting the critical importance of industry partnerships with the TVET sector, former Minister Nzimande urged employers, be they public or private, to ramp up their partnership with the DHET and TVET colleges to re-build a strong and vibrant TVET System. “This is something which we must do together if you are to get the skills you need, and we are to assist students to acquire the skills needed by the economy,” he concluded.

“Partnerships with industry ensures that our curriculum delivery meets the skills requirements of employers, and their investment of time and resources in our training environments ensure that we are always able to provide training using the latest technology. The passion of our staff to ensure that their own subject knowledge remains current, and the support of each and every staff member ensures that our students are well prepared for the workplace, equipped with the necessary skills to meet the needs of modern industry and to be placed in industry upon graduation,” he said. “These awards inspire us to continue innovating to ensure that we can support government’s National Development Plan 2030.”

Contact the College of Cape Town if your organisation would like to know more about partnering with the college.