It has transpired that all Instrument Approaches in Namibia that are dependent on land based Navigational Aids have been withdrawn from service with immediate effect by the Namibian Civil Aviation Authority. Airlink is affected by this at two airports, Windhoek (“WDH”) and Walvis Bay (“WVB”). 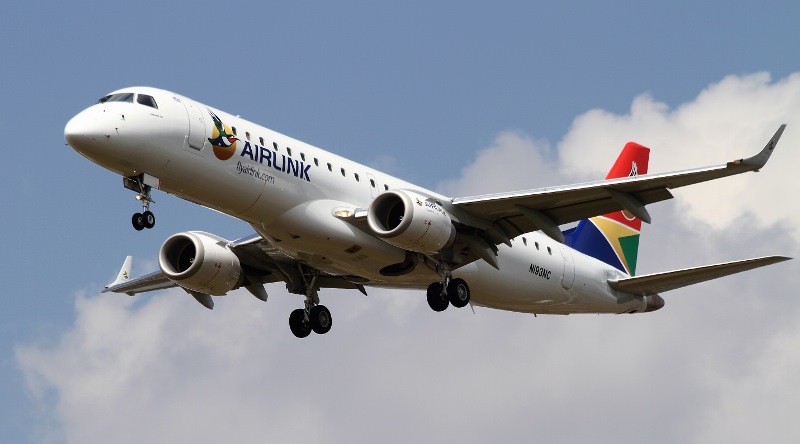 Johannesburg, 23 July 2019: Airlink’s flight from Johannesburg to Walvis Bay SA8141 on 22 July 2019 could not approach the Walvis Bay airport due to an absence of essential land based navigational equipment. At the time the aircraft arrived overhead the airport the meteorological conditions were such that an instrument approach was necessary. Without the necessary airport navigational aids, the flight held its position overhead the airport and circled waiting for the cloud to dissipate. After circling for some time, the aircraft diverted to Windhoek, refuelled, and then successfully landed at Walvis Bay.

It has transpired that all Instrument Approaches in Namibia that are dependent on land based Navigational Aids have been withdrawn from service with immediate effect by the Namibian Civil Aviation Authority. Airlink is affected by this at two airports, Windhoek (“WDH”) and Walvis Bay (“WVB”).

In the case of WDH, an RNAV GNSS approach (which relies solely on aircraft based navigational equipment) is in place and as such Airlink will be able to operate normally.

However, in the case of WVB, there is no RNAV GNSS approach at this stage or any other alternative to the withdrawn systems, and therefore we will not be able to approach the airport in cloudy conditions.

We are aware that the Namibian CAA is in the process of designing and emplacing an RNAV GNSS approach at WVB, but there is no indication at this stage as to when this approach facility will be available. In the circumstances, Airlink will encourage that this process be expedited.

In the interim it is possible that cloudy conditions and low fog are encountered at Walvis Bay, and if this does occur, Airlink’s flight will divert to Johannesburg, or if practicable to Windhoek in order to take on more fuel and attempt to approach the airport again.