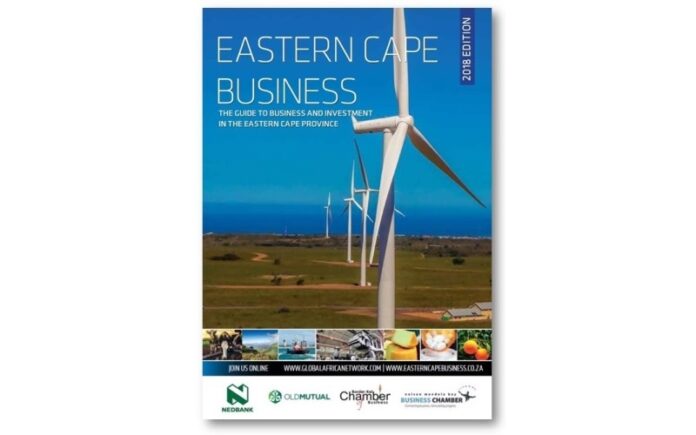 The Eastern Cape’s investment and business opportunities are highlighted in this publication. In addition to the regular articles providing insight into each of the key economic sectors of the province, there are special features on the role of the renewable energy sector on the region’s future and on the growth of tourism (spurred by the hosting of international events such as the 2018 IRONMAN 70.3 World Championship, the first-ever cricket Test match to be played at night at St George’s Park and Vodacom Origins of Golf events at St Francis Links). All of the major business chambers in the province have made contributions to the journal.

To complement the extensive local, national and international distribution of the print edition, the full content can also be viewed online at www.easterncapebusiness.co.za

Updated information on the Eastern Cape is also available through our monthly e-newsletter, which you can subscribe to, in addition to our complementary business-to-business titles that cover all nine provinces as well as our flagship South African Business title.

Eastern Cape Business is distributed internationally on outgoing and incoming trade missions, through the Eastern Cape Development Corporation (ECDC); to foreign offices in South Africa’s main trading partners around the world; at top national and international events; through the offices of foreign representatives in South Africa; as well as nationally and regionally via chambers of commerce, tourism offices, trade and investment agencies, provincial government departments, municipalities and companies, as well as major airport lounges.