Awards were presented in four categories, with a particular focus on exporters. Lesotho’s Jalad Africa emerged the biggest winner of the night as Regional Exporter of the Year, ahead of the first and second runners-up Zambia Sugar Plc and South Africa’s Cape Classics Incorporated, respectively. These three firms were the Exporter of the Year in their respective countries.

The awards are part of a collaboration between the U.S. Government through the United States Agency for International Development (USAID) and the Eastern Cape Development Corporation. They seek to incentivize and encourage export firms from the nine participating countries of Angola, Botswana, Eswatini, Lesotho, Malawi, Mozambique, Namibia, South Africa, and Zambia, to explore innovative ways of improving their regional and global competitiveness.

The awards, which focused on exports to the United States and South African markets, also made awards in three other business categories.

The nominations were adjudicated by a panel of industry leaders from across the region, representing both the private and public sectors, in the areas of sustainable export growth, competitive advantage, value and contribution to the exporting sector, future expansion plans, innovation, commitment to international business, and key positive steps the business has taken towards sustainable trade. 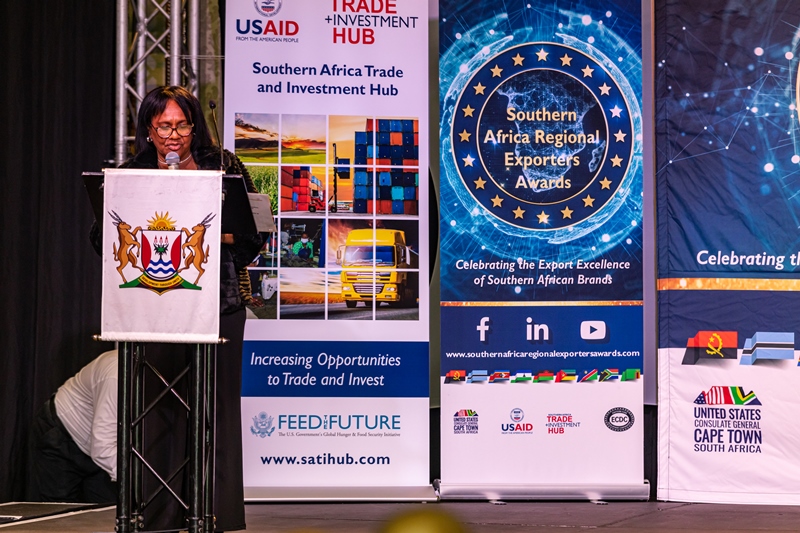 The event was attended by dignitaries from the government, the business sector, and the development community in attendance at the venue in Gqeberha, including the Eastern Cape Member of the Executive Committee for Economic Development, Environmental A‑airs and Tourism, Hon. Mlungisi Mvoko, Deputy Minister of the Department of Trade, Industry and Competition of South Africa, Nomalungelo Gina, and Executive Mayor of the Nelson Mandela Bay Metro, Cllr. Eugene Johnson.

Consul General Haskell lauded the winning firms and highlighted the U.S. Government’s continuing commitment to supporting the growth of the private sector across the region. He said, “The U.S. Government shares a vision with all our partners to promote the role of private sector led economic growth. Our new Economic Growth Policy under the Biden Administration advances the commitment of the broader U.S. Government to promote inclusive, sustained, and resilient economic growth in developing countries.”

The organizers and partners of the event are looking forward to the Southern Africa Regional Exporters Awards returning in a bigger and better form in 2023.

For more details about the awards, visit: