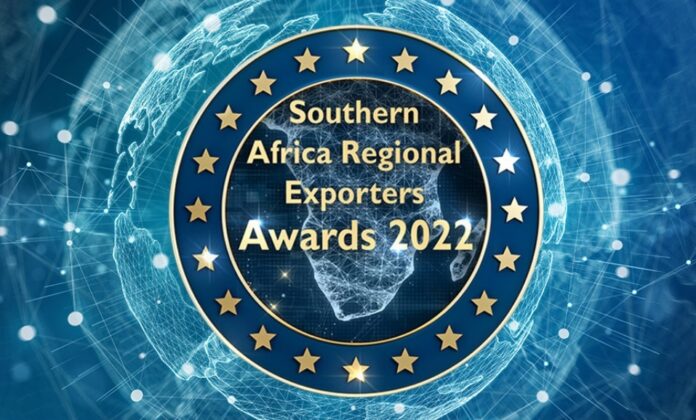 Nominations have closed and winners have now been selected for the 2022 Southern Africa Regional Exporters Awards. The winners will be announced and recognized in-person at the Boardwalk Casino & Hotel, Gqeberha, Eastern Cape, South Africa on July 26, 2022.

“Returning for the 2nd year, the awards recognize Southern African exporters’ successful expansion into new markets and their long-term export growth. The nine participating countries of Angola, Botswana, Eswatini, Lesotho, Malawi, Mozambique, Namibia, South Africa and Zambia, will be represented at the ceremony on July 26, hosted from Gqeberha and live-streamed for audiences across the region and in the United States. “The awards recognize and honor Southern African firms engaged in international sustainable growth through innovation and commitment,” said Mr. Phakamisa George, the Acting Executive Manager of the Eastern Cape Development Corporation’s (ECDC) Trade and Investment Unit.

The Southern Africa Regional Exporters Awards is a collaboration between the ECDC and the U.S. Government, through the USAID Southern Africa Trade and Investment Hub (USAID TradeHub). The USAID TradeHub works with all nine participating countries to increase sustainable growth, export competitiveness, and trade between these countries and South Africa, and collectively with the United States.

Representing the government and the diplomatic community at the 2022 Southern Africa Regional Exporters Awards ceremony is the Eastern Cape Member of the Executive Committee (MEC) for Economic Development, Environmental A‑airs and Tourism, Hon. Mlungisi Mvoko, Deputy Minister of the Department of Trade, Industry and Competition of South Africa, Nomalungelo Gina, and Executive Mayor of the Nelson Mandela Bay Metro of South Africa, Cllr. Eugene Johnson.