The Nwanedi New Generation Cooperative (NNGC) welcomed an international and local delegation on Friday 18 June 2018, to showcase the successes of this joint venture aimed at developing farmers into self-sufficient market players. 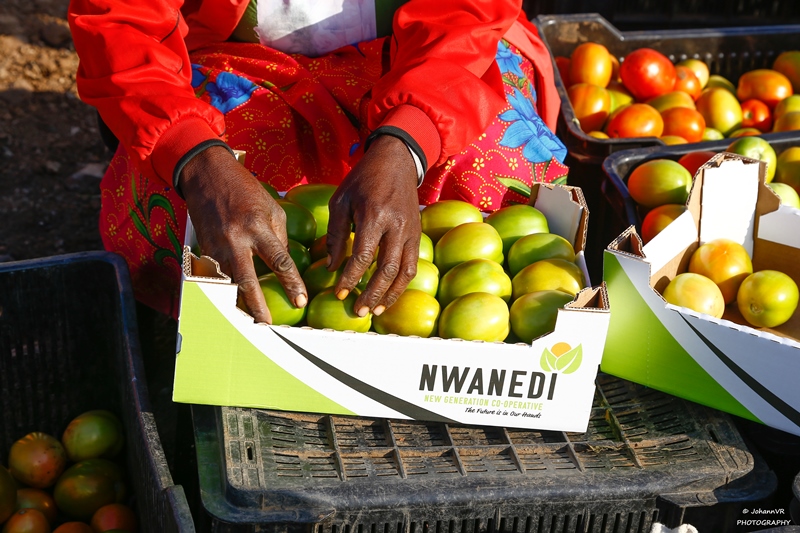 The Nwanedi New Generation Cooperative (NNGC) in the Vhembe district near the Nwanedi River in Limpopo, is an initiative between the Dutch and the South African governments. It came to life in 2015 with the purpose of creating opportunities for sustainable agricultural development in South Africa.

The NNGC is designed to include commercial farming industry stakeholders as well as small hold farmers, so that the farmers learn best practice from already successful entities in order to progress from being subsidy dependent.

With the majority being female farmers, the sixteen farmers that form part of the NNGC, are benefiting from the business expertise of fresh produce marketers, the RSA Group, along with ZZ2, the largest tomato grower in South Africa, The Kingdom of the Netherlands Embassy and the Department of Small Business Development (DSB).

A major boost to the support structure of the cooperative, is the services of Vusi Mlambo, who was elected as CEO and who takes a very “hands-on” approach to the pilot project, visiting the area often and providing support and guidance to the farmers.

Mlambo believes that the success of the NNGC stems from the structure of the cooperative in that the decisions are made by the farmers themselves, who have a voice, unlike other cooperatives where too many decisions are taken from the top in the boardroom.

ZZ2 provides the cooperative with access to agronomic expertise, farming equipment, tips on how to pack the produce and assists with farming best practice. Expertise on the quality of the soil and fertilization, guidance on which seedlings suit the area, weather and nutrients in the soil are provided by the agronomist.

The RSA Group is taking care of the business side of things for the cooperative to encourage the success of the sixteen farmers by managing the finances and providing training on financial management.

A number of high-profile stakeholders involved in the cooperative visited the Nwanedi offices to see first-hand that the initiative is no longer just a plan or a dream, but in fact a reality, producing fruits and profits. 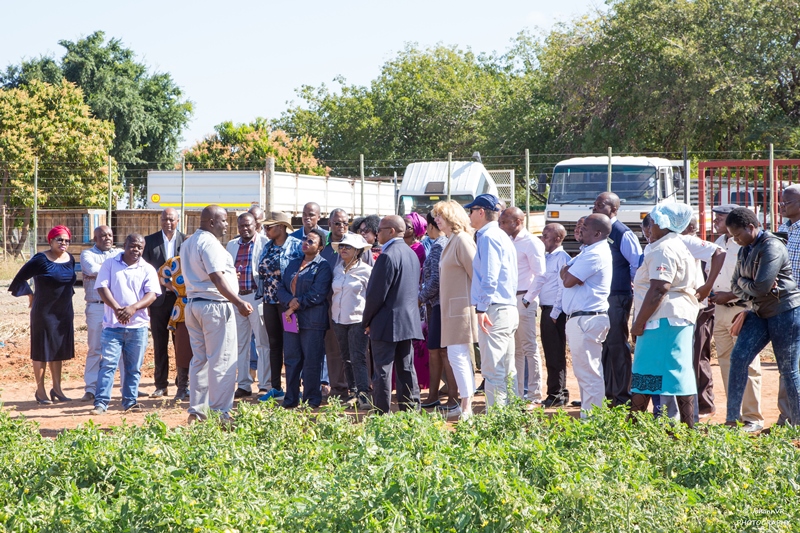 The NNGC guests were taken on a tour of the offices which serve as a central meeting point for communal sorting and packing, as well as for deliveries and produce collections for transport to market or to the factory. 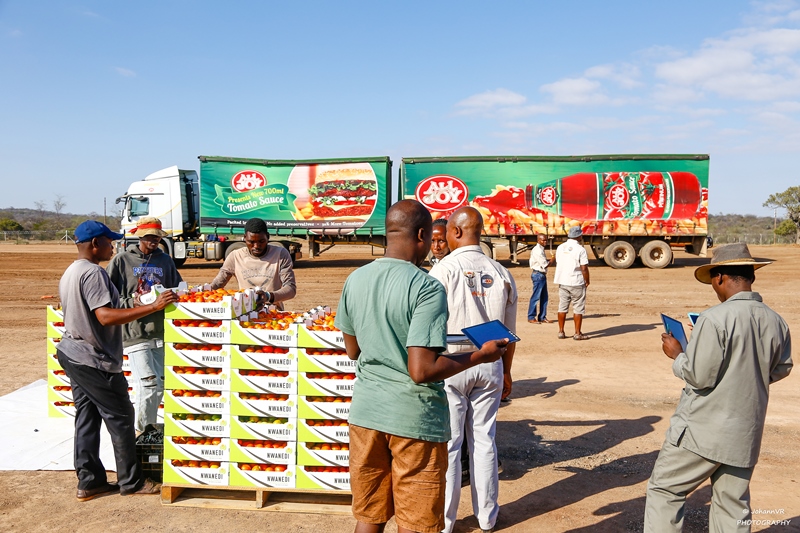 This was followed by a demonstration and information session hosted by Jannie Potgieter from the RSA Group, about the sorting, packing and transporting of tomatoes.

The tour then led the guests to visit three farmers that form part of the NNGC to see the fruits of their hard labour and how the cooperative is benefiting their farming business.

Vusi Mlambo said he is overwhelmed by the commitment and passion from the farmers.  “Against all the odds and challenges these farmers face on a day to day basis, they don’t give up. Their resilience is commendable,” he said.

The NNGC farmers are in the business of producing tomatoes, as the land and the weather in the area are conducive for tomato growing. These farmers have a contract to provide tomatoes to All Joy for producing tomato paste.

Recently due to issues with heat-caused diseases and infestations, the NNGC farmers have been encouraged to plant and produce butternut, which is much less prone to diseases, to make up the deficit in tomato productivity.

With advice from the ZZ2 agronomists, the NNGC has a new variety of tomato on trial that would be more disease tolerant and would be less likely to be attacked by the Whitefly. This is another example of how the NNGC stakeholders are working together to ensure sustainability and business success.

Vusi Mlambo, speaks very highly of the female farmers in particular. He says, “The women farmers, who make up nine of the 16 farmers, are hugely successful, not only as farmers, but in their everyday lives. I see them building houses and sending their children to school and university.”

On this day of celebrating and showcasing the successes of the Nwanedi New Generation Cooperative, special guest DSBD Deputy Minister, Mr Cassel Mathale, addressed the delegation and shouted the words “Vuka! Uzenzela!” which means “Get Up and Do It!”.  This statement inspired the farmers to have faith in the vision of the NNGC and believe that one day, through the support they are receiving, they can, and will, stand on their own feet.

To find out more about the Nwanedi New Generation Cooperative please visit our website at www.nngc.co.za