The inner city of Johannesburg, comprising just less than 18 km², is the largest UDZ in South Africa and it is expanding its footprint in response to significant successes that have been achieved.

The Urban Development Zone tax allowances (Section 13quat) provide for an accelerated depreciation allowance on the costs of buildings erected, added to, extended or improved inside a UDZ. The South African Revenue Service (SARS) has extended the incentive to 31 March 2020. Municipalities can apply for extension to the existing UDZs via the National Treasury. There are five requirements to qualify for a UDZ tax deduction. These relate to the building, the nature of the UDZ, trade considerations, the specifics of ownership and to the dates of the applications.

The fact that the incentive has been extended to 2020 gives investors a good chance to take advantage of favourable conditions in Johannesburg.

The Johannesburg Social Housing Company (Joshco) has plans to provide affordable rental accommodation in 12 inner-city buildings that were recently identified for that purpose. But the main target for the UDZ is private investors.

The City of Johannesburg wants to leverage the UDZ concept to create a series of linked zones or precincts, starting in the inner city and reaching out to other areas and regions on the city’s outskirts. The city wants to achieve nothing less than the “structural transformation of the inner city’s economic and physical landscape”.

The City of Johannesburg has identified the following nodes for development:

A range of new sites for UDZ investment includes:

Plans for the regeneration of Johannesburg’s inner city have a long history. Some have been notable successes but progress has been sporadic and initial efforts were mostly concentrated on quite small parts of the city.

The Newtown urban renewal project included a focus on the arts at Mary Fitzgerald Square; the building of the Nelson Mandela Bridge in 2003 improved linkages and gave the city a cool symbol; the Johannesburg Development Agency installed 156 public art works, cleaned up squares and installed street furniture. More recently, the Maboneng Precinct on the eastern edge of the CBD has become a busy mixed-use zone with a focus on the arts, design and entertainment. 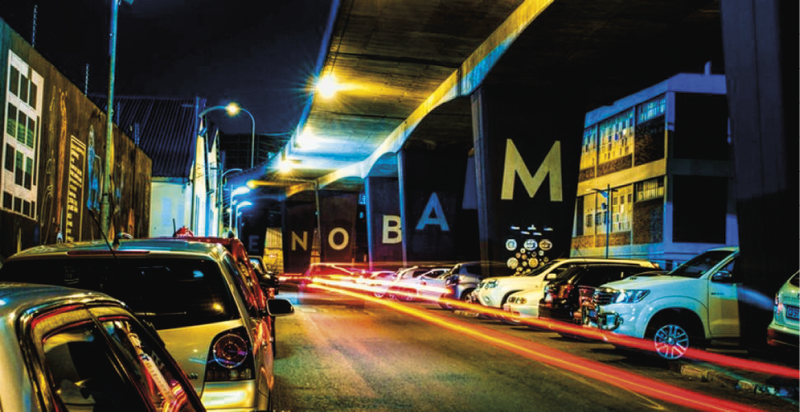 Now there is a drive to transform the central business district (CBD) in a concerted and coordinated way. The city’s new mayor, Herman Mashaba, said of Johannesburg in his ‘100 Days’ address that, “It can become a model for a modern, post-apartheid South African city. It has the ability to produce a vibrant socio-economic mix of high-rise, low-cost and affordable housing for our people.”

Making inner cities more liveable is a global trend. Flight from the cities in the second half of the 20th century saw factories relocate to industrial parks (or other countries) and offices and people move to suburbs. The move back to cities is spurred partly by the relative cheapness of property in CBDs, legislation encouraging inner-city investment and even a perception that suburbs are boring.

Not only does a denser environment mean that service sector businesses such as laundries and restaurants have more passing trade, but the provision of bulk services becomes much more cost effective for utility companies and municipalities.

A dense urban environment also has the potential to overturn one of the worst aspects of apartheid – the fact that most South Africans were forced to live a long way from their place of work, causing them to spend a lot of money on transport, a situation that still exists today.

The Gauteng Growth and Development Agency is one of several organisations other than the City of Johannesburg which has been encouraging development in the inner city.

An important nudge for developers has been the tax incentives that accompany the Urban Development Zone (UDZ). Various “improvement districts” have also contributed, for example the RID (Retail Improvement District) where businesses in a designated area pay levies to secure improved cleaning and security services. The Johannesburg City Improvement District Forum shares information among the CIDs. Expenditure by CIDs collectively on supplementary public space safety, cleaning and maintenance is estimated to be about R61-million annually. Investment in public space infrastructure from CIDs was more than R50-million over the last five years. 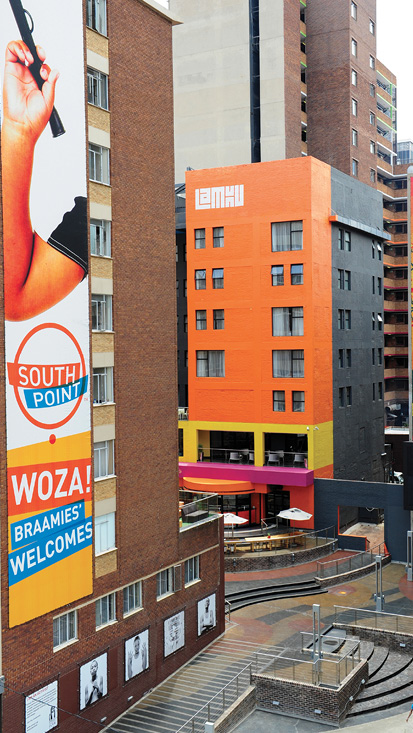 The Gauteng Partnership Fund (GPF) has attracted about R3.5-billion in private-sector funding for affordable housing in the province since 2012. The Brickfields housing and rental development in Newton was funded by the GPF and implemented by the Johannesburg Housing Company (JHC) as one of the first inner-city rejuvenation projects. JHC is a leader in converting bad buildings to useable rental space.

The Johannesburg Development Agency (JDA) projects range from the upgrading of Constitution Hill, the Faraday Station precinct, work on the Fashion District and pavements of the inner city, renovation of the Drill Hall and the big Newtown make-over.

Private developer Indluplace Properties has purchased nine large apartment blocks, taking its total buildings in central Johannesburg CBD, Berea and Hillbrow to 23: 33% of the units are bachelor pads, 22% are two-bedroomed flats. The listed company (its major shareholder is Arrowhead) intends to “aggressively grow its portfolio” of high-yielding properties as it believes the rental market has huge potential.

The developers of the Maboneng Precinct are also very upbeat. The Propertuity website states, “With Arts on Main as the catalyst, Maboneng has expanded east along Fox Street, and beyond Albertina Sisulu Road. Community projects like Trim Park and Common Ground offer spaces for the public to use and enjoy, while buildings have been redeveloped into multi-purpose spaces.”

Public spaces play a critical role in urban regeneration planning, as do buildings that serve social purposes. When the Outreach Foundation Community Centre was built in Hillbrow in 2015, it was the first piece of social infrastructure to go up in the suburb since the 1970s. The design, a glass box in a light steel frame which seems to hover over the site, won architects Local Studio the Saint-Gobain architectural award and provides space for dance and computer classes and offices.