Research and planning aim to bolster growth in Gauteng Province

A regional overview of Gauteng, with a focus on how research and planning aim to improve the regional economy. 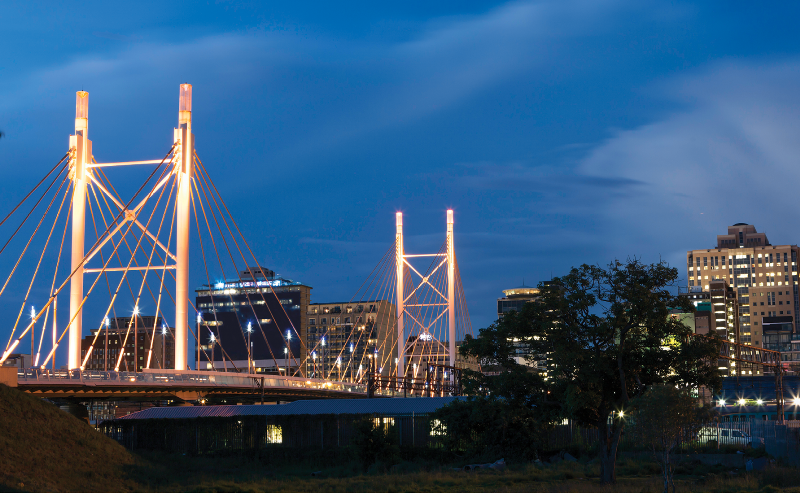 In 2017, the cities of Gauteng Province were elected as co-president of the organisation representing the world’s major cities, Metropolis, World Association of Major Metropolises. This event, which happened at the organisation’s 12th World Congress in Montreal, Canada, illustrates that the Gauteng City Region is globally recognised.

Gauteng’s participation in groupings such as Metropolis also illustrates that the problems of the world’s great cities cannot be solved in isolation. Proper research is needed to find solutions to the problems faced by large conurbations.

Gauteng began laying the groundwork for creating a research base as far back as 2008 when the Gauteng City-Region Observatory (GCRO) was established. A partnership between the University of Johannesburg (UJ), the University of the Witwatersrand (Wits) and the Gauteng Provincial Government, the GCRO does research on which planners can base their projections. A case study using the GCRO model was presented to the Metropolis conference.

Efforts are also being made to improve the regional economy by identifying blockages and shortcomings. Researchers from the universities of Johannesburg and Pretoria (through the Gordon Institute of Business Science) are examining employment rates, empowerment policies and the export value chain. At the same time, the Gauteng Innovation Hub is leading a process to bring innovation and research to the fore in economic policy-making and planning. Partners include the Council for Scientific and Industrial Research (CSIR), the University of the Witwatersrand and the Vaal University of Technology.

Other international news for the City of Johannesburg in 2017 came in the form of an award for the newly constructed Council Chambers (shown in the photograph below).

In the public services development category, the Braamfontein building, built as part of a redevelopment of the Metro Centre Precinct, was the winner at the International Property Awards.

The building is owned by the Joburg Property Company and was designed by studioMAS Architecture. Apart from providing a sparkling new council chamber for councillors, the upgrade aims to connect Hillbrow and Berea with Wits University and Braamfontein and to provide better connectivity between Constitution Hill, the Joburg Theatre and the Metro Centre.

In January 2018, the Gauteng Technology and Innovation Conference was held in Gauteng to discuss the potential impact of the Fourth Industrial Revolution. The event was jointly hosted by the Gauteng Departments of Economic Development and eGovernment.

In 2016 Gauteng attracted 75 foreign direct investment (FDI) projects worth R36-billion, which created 9 354 jobs. In the period 2014-16, the province attracted R66-billion. The Gauteng Growth and Development Agency has a specialised subsidiary, the Gauteng Investment Centre, which acts as a one-stop shop for potential investors looking for advice and support.

A major factor influencing investors is the quality of infrastructure. The Gauteng Treasury reports that in 2018, the following projects, coordinated by the Gauteng Infrastructure Financing Agency and collectively worth about R4-billion, will have reached financial close and be in the implementation phase:

Neither the central government nor provincial and local government has sufficient resources to cover what the provincial government has estimated is needed in the Gauteng province in the 15 years to 2030 – R1.3-trillion. A 15-year Gauteng Infrastructure Master Plan has been adopted but it is hoped that multiple sources of funding will see the plan succeed in areas such as the provision of water, broadband connectivity, public transport, energy and the reshaping of cities to accommodate citizens in a better way than was the case under apartheid.

A World Bank report has shown that a 10% increase in infrastructure spending results in a 1% growth in GDP. 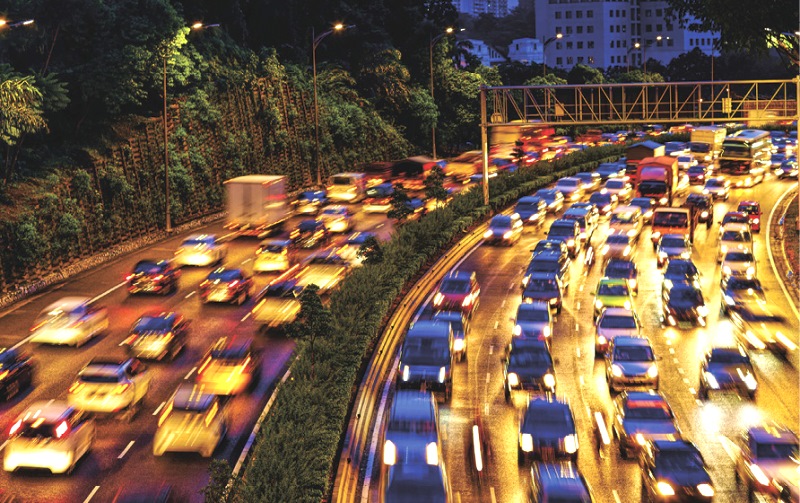 The network fibre of the province has been extended to 1 500 kilometres, with the community given access through clinics, schools, libraries and community centres. The aim is to have 100% broadband connectivity in Gauteng by 2020.

To support the economy, the Gauteng Department of Economic Development will, in 2018/19, invest in the following projects:

Gauteng province covers 1.4% of South Africa’s land mass but it produces about a third of South Africa’s gross domestic product (GDP), and a remarkable 10% of that of the African continent. The province is a leader in a wide range of sectors: finance, manufacturing, commerce, IT and media among them.

The Bureau of Market Research (BMR) has shown that Gauteng accounts for 35% of total household consumption in South Africa.

The leading economic sectors are finance, real estate and business (21% of provincial GDP), manufacturing (16.5%), government services (16.3%) and wholesale, retail, motor trade and accommodation (12.8%). The creative industries (including advertising and the film sector) employ upwards of 180 000 people and contribute more than R3.3-billion to the provincial economy. This sector is seen as a driver of future growth. 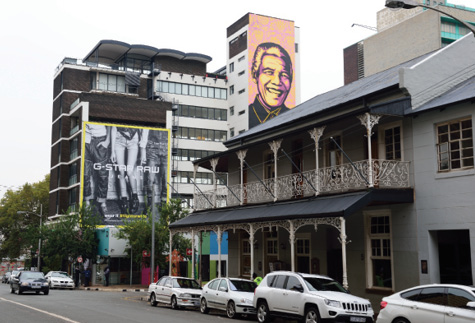 In the provincial capital, Johannesburg, financial services and commerce predominate. The JSE, Africa’s largest stock exchange, is situated in the heart of Johannesburg’s business district, Sandton.

Tshwane (which includes Pretoria) is home to many government services and is the base of the automotive industry and many research institutions. The Ekurhuleni metropole has the largest concentration of manufacturing concerns, ranging from heavy to light industry, in the country. The western part of the province is concerned mainly with mining and agriculture, while the south has a combination of maize farming, tobacco production and the heavy industrial work associated with steel and iron-ore workings.

Gauteng is not just an important centre of economic activity, it is also an important launching pad for local and international businesses to enter the African market. The country’s biggest airport, OR Tambo International Airport, is at the core of the province’s logistical network. Other airports include Rand Airport (Germiston), Wonderboom (Pretoria) Lanseria and Grand Central (Midrand).

The Gauteng Division of the High Court of South Africa (which has seats in Pretoria and Johannesburg) is a superior court with general jurisdiction over the province. Johannesburg is also home to the Constitutional Court, South Africa’s highest court, and to a branch of the Labour Court and the Labour Appeal Court.

Provincial planning is increasingly being done along “Gauteng City Region” lines, where the primacy of economies of the cities and towns of the province is acknowledged.

Individually, the biggest Gauteng cities contribute to the national GDP as follows: Johannesburg (15%), Tshwane (9%) and Ekurhuleni (7%).

The following development corridors of the City Region have been identified, each with its own industries and comparative advantages: 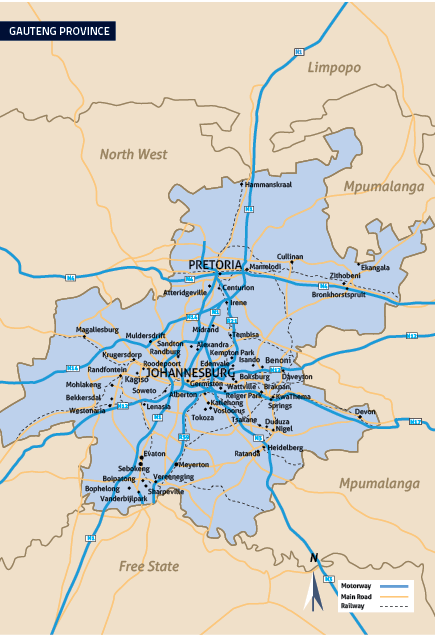 Ekurhuleni is putting considerable resources into infrastructure improvement. With a corridor-based masterplan, the aim is to promote industrial activity. The nine towns of Ekurhuleni are being connected by the new Bus Rapid Transit system (Harambee).

See infrastructure and property developments in the City of Tshwane and the City of Ekurhuleni.

Local municipalities are Emfuleni, Midvaal and Lesedi. The Vaal University of Technology and the North-West University’s Vaal campus are located in Sedibeng. The Emfuleni Local Municipality (including Evaton, Sharpeville, Vanderbijlpark and Vlakplaas) is at the core of the Vaal Triangle, which in turn is at the heart of South Africa’s iron and steel industry. Metal products, machinery and equipment are made here. ArcelorMittal has been a major employer in Vanderbijlpark since 1947.

Heidelberg produces bacon and tobacco: Eskort and British American Tobacco are the two major companies in the area. The Midvaal area has agriculture and tourism as its two main economic activities and the city of Meyerton is the site of newly built, multi-million-rand Heineken brewery. The Klip River at Henley-on-Klip and the Vaal Dam are major tourist attractions, while ecotourism opportunities have the potential to grow. The Suikerbosrand Nature Reserve is a prime regional asset.

Local municipalities are Merafong City, Mogale City and West Rand City. Both the N12 and N14 highways pass through this area which allows for a great deal of commuter traffic into the Johannesburg CBD.

The West Rand is the area of Gauteng where mining has retained its strongest presence. Large-scale commercial farming also takes place. Randfontein Local Municipality is where the world’s deepest gold mine was dug. To the south, mining contributes 75% to Westonaria Local Municipality’s economy. An industrial park is planned to assist in the process of diversifying the economy.

Mogale City Local Municipality is very much the economic driver of the district, including as it does the town of Krugersdorp. Krugersdorp has considerable manufacturing capacity and has a motor-sports racing track that attracts international drag-racing events. Tourism in the district is mostly located within the surrounds of Mogale City. Significant tourist attractions include the Cradle of Humankind, the Magalies Meander, the Sterkfontein caves and the Krugersdorp Game Reserve.