Africa’s biggest product sourcing and trade event SAITEX 2018 will bring key business and government leaders together in Johannesburg for The Trade Development Forum 2018.

Details of a new three-day conference in Johannesburg have been revealed today, which runs alongside SAITEX 2018 the continent’s most important event for exporters and importers.

Representative from Africa’s largest international trading partners including Brazil, China, USA, Turkey and Germany, will be at The Trade Development Forum in Johannesburg, which runs from June 24 to 28.

“SAITEX has grown in its 24 years to become an event that attracts government officials, diplomats, importers, retail and business leaders from across Africa and the world,” said Christine Davidson, Vice President of dmg events, organiser of SAITEX 2018.

“This new conference, The Trade Development Forum, has been introduced alongside SAITEX to meet the needs of those visitors wanting a chance for an exchange of ideas, to network and understand the challenges and solutions of trade as we move into the second decade of the 21st Century.”

There are conference sessions on doing business in countries across Southern Africa, including Mozambique, Lesotho, Botswana and Swaziland as well as individual provinces in South Africa – Gauteng, Free State and Mpumalanga.

There are two key sessions on Day 2, one looking at finance options for SMEs and the second dealing with access to the newly announced R4.9-billion government support for special economic zones (SEZ) over the next three years to be used in SEZs and industrial hubs to expand economic opportunities.

And a representative of the African Development Bank will present a special report at the conference giving the latest economic outlook for African trade. It will include an overview of the key trends, short and long-term infrastructure plans and discuss the importance of industrialisation in creating jobs, reducing poverty and promoting economic growth.

“Despite impressive growth towards the end of 2017, African countries struggle with challenges of poverty, unemployment, inequality, commodity dependence as well as attracting business and investment,” said Davidson. “This session will offer not only insight, but also potential solutions guiding the way ahead.”

South Africa remains the gateway to Sub-Saharan Africa and the SAITEX expo brings more than 36 countries to exhibit and visitors from around the world for three days in Johannesburg. The new conference will enable key business and government leaders from across the region to come together under one roof in front of delegates who will move African trade forward.

To find out more about SAITEX 2018 go to www.saitexafrica.com 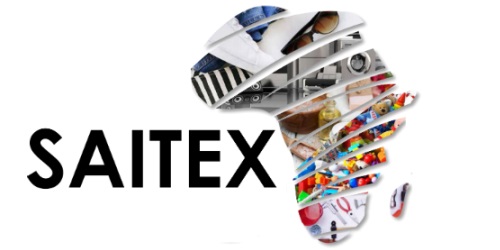