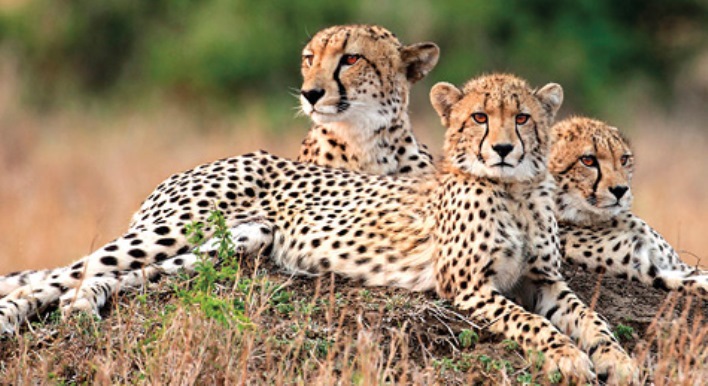 The Free State Department of Economic, Small Business Development, Tourism and Environmental Affairs believes that the R7.7-billion game industry sector could grow even further across these three sub-sectors:

In support of this trend, new protected areas are being proclaimed in areas where tourism can bring employment and economic growth.

There are ambitious plans to create a biodiversity corridor between the Golden Gate Highlands National Park, the Royal Natal National Park and the Sterkfontein Nature Reserve which will involve the Qwaqwa community living at the base of the Drakensberg mountains. Near Memel, the Sneeuwberg Protected Environment, a multi-owner private initiative, has added 17 500 ha to the province’s protected asset base. When the Ingula Nature Reserve is declared in 2017, another 8 000 ha will be added.

Existing special schools within the province are to become designated vocational schools, with at least one of these schools specialising in hospitality. The Phillip Saunders Resort in Bloemfontein is to become a hotel school. The annual National Tourism Careers Expo is held in Mangaung and attracts 10 000 participants over three days.

The Free State is putting a focus on culture. A Heroes’ Park is to be constructed at Thaba Nchu and Tumahole with statues of Oliver Tambo and Fidel Castro. The Mangaung African Cultural Festival (Macufe) has become a national and international event. Offerings range from music and craft stalls to poetry, film and theatre, a soccer tournament and boxing matches.

Sun International runs the Lesotho Sun and the Maseru Sun in neighbouring Lesotho. In Bloemfontein, the Windmill Casino and Entertainment Centre offers slot machines and gaming tables, plus the ability to host conferences for up to 250 delegates. The four-star Willow Lodge has 80 rooms. The Naledi Sun Hotel and Casino is about 65 km from Bloemfontein.

Forever Resorts has a popular resort with chalet accommodation and a caravan park on the banks of the Gariep Dam. Overlooking the dam is the 43-room de Stijl Gariep Hotel which has wedding and conference facilities.

Each of the province’s district municipalities has its own tourism brand or route:

Cheetah Route (Mangaung Metro and surrounds): Bloemfontein has a host of historical and cultural sites, including the Naval Hill Precinct (home to the Digital Planetarium), the Anglo-Boer War Museum, the National Museum (which has the Florisbad skull), the Choet Visser Rugby Museum, the SA Armour Museum and the Fire Station Museum. Nearby Thaba Nchu is where the great statesman Moshoeshoe held court in the second half of the 19th century, and created a nation against the odds.

Springbok Route (Xhariep District): Travellers can start their journey at a diamond mine, visit a wine farm and finish on the top of the Gariep Dam. Several Anglo-Boer War battles sites and superb San rock engravings can be found dotted around the district.

Flamingo Route (Lejweleputswa District): One of the biggest agricultural expos in the world takes place at Bothaville. Phakisa race track in Welkom attracts large crowds and it has so far hosted six World Motorcycle Grand Prix events, providing a big boost to the regional economy. The district has several game farms, game reserves and resorts.

Lion Route (Fezile Dabi District): The banks of the Vaal River provide for boating, yachting and camping. Parys is a popular destination and Deneysville has a crocodile farm. Cape wines can be tasted on the Riemland Wine Route. The Vredefort Dome, site of a meteorite strike in the distant past, is a World Heritage Site.

Eagle Route (Thabo Mofutsanyane District): This route encompasses the Golden Gate Highlands National Park and Resort. Ficksburg has claims to be the world’s Cherry Capital and nearby Clarens is very popular with weekenders looking for art in a rustic village atmosphere. Bethlehem hosts an annual Bethlehem Air Show and the Maize Fair in October. Phuthaditjhaba is a good starting point for the Basotho Cultural Village and access to the Vulture Restaurant and Witsieshoek Mountain Resort.