It comes as no surprise that the automotive sector in the Eastern Cape produces excellence and innovation. The long-term presence of Mercedes-Benz South Africa, Volkswagen South Africa, Isuzu and Ford has now been bolstered by a multi-phase R11-billion investment by Beijing Automotive Group South Africa at the Coega Special Economic Zone (SEZ). The automotive components and service industry from which the two award-winners sprung is similarly diverse, with everything from tyres, windshields and batteries to catalytic converters being manufactured and exported.

Eberspächer South Africa, an exhaust systems manufacturer, won the 2019 Factory of the Year competition, which is run by management consultants AT Kearney. Quinton Uren won the Industrialist award for the work of his company, Jendamark Automation.

The manufacturing assembly solutions that the company creates in Port Elizabeth are exported to 18 countries. International orders make up 90% of the company’s business.

The kind of technical excellence represented by the two award winners is something of a signal of a way forward for the regional economy – investment in high-value manufacturing and services to stimulate growth and job creation.

The investment pathway presented by the Eastern Cape Development Corporation (ECDC) in preparation for the 2019 Eastern Cape Investment Conference specified nine sectors within manufacturing where the province wants to attract investment:

The ECDC, the official investment promotion agency of the Eastern Cape, further outlined the factors that make the province an attractive investment destination: transport infrastructure, land, labour, government incentives and raw materials. Sectors with high potential in the province include agriculture, mining and energy, manufacturing, tourism, construction and knowledge-based services.

Eastern Cape Premier Oscar Mabuyane reported in 2019 that several large investment commitments have been made in the province. At the time of the conference he was MEC for Economic Development, Environmental Affairs and Tourism. He cited:

Since that conference, mining company Bushveld Minerals has announced that it will spend about R150-million on a vanadium electrolyte plant in East London. The product will be used in vanadium redox flow batteries by Bushveld and by international customers. East London is home to First National Battery, a subsidiary of Metair.

The presence of two Special Economic Zones (SEZs) in the province helps make the Eastern Cape attractive to investors. The facility in East London is in the process of changing its official status from Industrial Development Zone (IDZ) to SEZ but it remains a kind of SEZ.

In the period March 2019 to January 2020, the Coega SEZ (shown in the main picture) signed four new lease agreements with organisations that will collectively invest more than R100-million. This comes after a most productive 2018/19 period when R2.6-billion was invested by 18 entities. The variety of investments received by the two SEZs is detailed further in a separate article elsewhere in this journal.

Perhaps the most consequential investments into the SEZs are in the automotive and energy sectors. Although the automotive investments are not game-changers in the sense that a new sector is being introduced, the scale of the investments is impressive. With two new Chinese car-makers (FAW and BAIC) in the Coega SEZ, increased production volumes will ensure that jobs are created. The sector already accounts for more than 400 000 jobs in the province.

In support of tourist initiatives in the eastern parts of the province and to bolster the economy of rural areas, the South African National Roads Agency is working on projects valued at nearly R7-billion, while the project pipeline for to 2021/22 is budgeted at more than R5-billion.

The oil and gas sector could ignite a whole new type of economy, and kickstart the Oceans Economy. National government has named the Coega SEZ as the potential site for a 1 000 MW Liquefied Natural Gas (LNG) plant. The value to the regional economy of the project is estimated at R25-billion. A gas-fired power plant (Dedisa) is operating at Coega and there are plans to expand this sector.

Since the company Aegean Bunkering Marine Services was licensed in 2016 by the South African Maritime Safety Authority (SAMSA) and Transnet to supply bunker fuel to ships passing through Algoa Bay, many additional ships have used these services, adding more than R70-million to the local economy. If the drive to convert to oil and gas is successful (and the hope is that feedstock will come from offshore gasfields once they are developed) then a string of downstream benefits could accrue.

Provincial authorities are working with SAMSA to ensure that the province’s ports play a role in bunkering and supplies to the oil and gas sector.

The Provincial Government of the Eastern Cape is developing an Oceans Economy Master Plan which will include provisions to support small-scale fishers and to develop the small harbours at Port St Johns, Cape St Francis and Port Alfred. Other areas for strategic development include Coffee Bay, Mdumbi and Port Grosvenor on the Wild Coast.

Port Elizabeth is gearing up to embrace the Oceans Economy. A new national headquarters of the South African International Maritime Institute opened in the city, and the Oceans Campus of Nelson Mandela University will devote its resources to researching how best the province and country can exploit the maritime sector.

The Eastern Cape extends over 169 580 square kilometres, representing 13.9% of South Africa’s land mass. The dry western interior is one of the country’s premier sheep-rearing destinations and it is the home of the mohair industry.

The mountainous regions of the north and east of the province support timber plantations while the coastal belt in the south-west is well-watered and is good for dairy farming. The province has spectacular beaches stretching from the surfer’s paradise at Jeffreys Bay all the way to the famed Wild Coast. Two major airports at Port Elizabeth and East London provide good air links and smaller towns such as Mthatha and Bhisho have airports. Mthatha is served by SA Express.

The Port of East London is South Africa’s only river port. The airport, rail links and the East London IDZ contribute to making this an important regional centre. Buffalo City hosts a variety of manufacturers from vehicles to batteries and cotton textiles and is responsible for 19.6% of provincial GDP.

There are many opportunities for agri-processing because of the fertile hinterland and as part of the Sunshine Coast, tourism is an important contributor to the local economy.

With two ports, a large airport and a concentration of manufacturing concerns, the Nelson Mandela Bay metropole is one of the province’s key economic drivers. It contributes 38.7% to provincial GDP. Volkswagen, General Motors and Ford are all located within the municipality, as are several automotive supplier companies. Aspen, a pharmaceutical company, and South African Breweries are examples of other large concerns. Nelson Mandela Bay has a population of 1.1-million and many educational institutions.

The smallest district is in the mountainous north-east, with hiking trails for tourists. There is scope for expansion of tourist activities, and a transfrontier park between South Africa and Lesotho could boost the area’s economy. Subsistence agriculture and forestry are the major economic activities.

The rural Amathole District surrounds the metro-politan area of Buffalo City. Pineapple and forestry are two of the most important agricultural activities. Popular resorts on the Wild Coast attract many tourists to the area. Hogsback and other towns near the Amatole Mountains offer beautiful scenery and popular beaches. Alice hosts the main campus of the University of Fort Hare.

Sheep farming is an important part of the economy. Some coal is found in the north and tourist activities include fly-fishing. The Foodcorp factory in Molteno manufactures Ouma rusks. Queenstown is a centre for cattle farming and has some manufacturing activities.

Cattle and sheep farming make up 80% of land use, while commercial forestry is a big contributor to employment. There are large forestry plantations at Ugie and Mount Fletcher.

Maize is grown along the Orange River and wheat in the foothills of the Drakensberg mountains. Tiffindell has been revived as a ski resort. The village of Rhodes hosts a “Stoepsit” festival in February.

OR Tambo District Municipality encompasses some of the province’s least-developed areas and contains one of South Africa’s most important ecological areas, the Pondoland Centre of Plant Endemism. There is mining in some areas but plans for titanium mining on seaside dunes are being contested. A Wild Coast Spatial Development Initiative exists to plot further development. Forestry is a big employer.

The western part of the province contains the biggest municipality geographically. Large commercial farms in the Karoo produce high-quality meat, wool and mohair, while the coastal belt has dairy farming and some forestry.

The Kouga Valley is a big deciduous fruit producer, while the Kirkwood/Addo area is known for its citrus. Sarah Baartman has three of the region’s national parks and several private game farms. Makhanda hosts the National Arts Festival, Rhodes University and several fine schools. 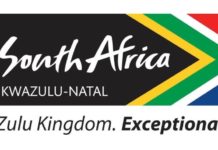 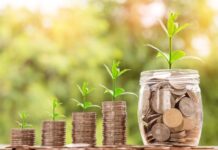 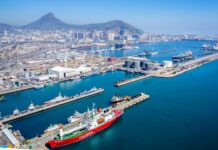 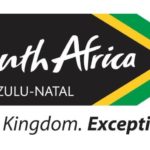 March 30, 2020
A summary of infrastructure development projects in and around the Maluti-a-Phofung Special Economic Zone in the Free State Province of South Africa.