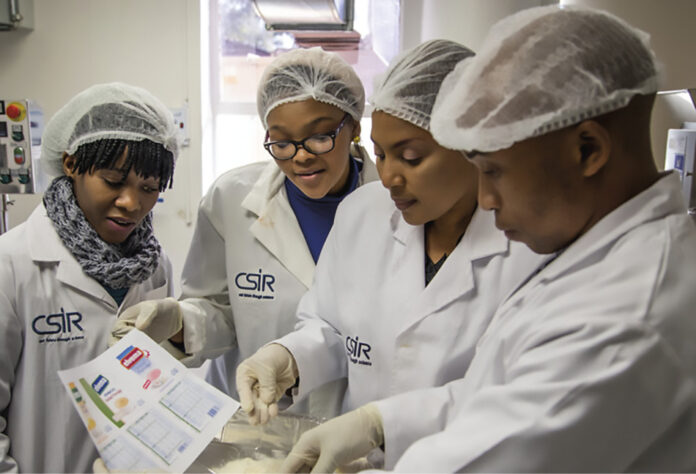 Small, medium and micro-enterprises are key elements of plans to involve more South Africans in the economy. SMMEs drive growth and create employment. In the North West, the agricultural supply chain is seen as one of the best ways of involving rural communities and entrepreneurs in the world of business, and a number of strategies are being implemented by government and private enterprise to make this happen.

A centralised supplier database has been established in the North West and the provincial government wants small businesses to get registered so they can tender for work.

The North West Development Corporation and the provincial Department of Finance have held workshops to inform small business owners about what help is available to them.

There are plans for government to provide surety for stock in warehouses so that tuckshop entrepreneurs can more easily get supplies. This plan is linked to trying to fight hunger and poverty, with the stock available being basic foods. A possible partner in this is the National African Federated Chamber of Commerce and Industry (NAFCOC) because it has a good footprint across many areas. NAFCOC and Transnet have teamed up with the provincial government to help set up 15 community bakeries, most of which are run by women.

The premier of North West, Mr Supra Mahumapelo, has committed to a number of measures to enhance small businesses, especially in rural areas. He noted the need for following in the State of the Province address in 2016:

Agribusiness and agri-processing are among the three sectors that are targeted by the Masisizane Fund for loan financing. The others are franchising/commercial and supply chain/manufacturing. Over and above loans that are available, some training is offered through a Business Accelerator Programme.

The Industrial Development Corporation is a strategic lender and plays a strong role in
supporting small and emerging enterprises in the North West province.

The Kgatelopele Wellness Centre in Mahikeng has not only became a viable business, employing 100 people, but provides a critical service ranging from therapy to the treatment of acute ailments. An initial loan of R34-million from the IDC helped and advised a local clinical psychologist in successfully teaming up with the hospital management group CareCure. Jobs that have been created range from porters and nursing staff to occupational therapists.

PrimaBake makes eight kinds of biscuits in Potchefstroom. The IDC’s initial investment in construction costs, machinery and delivery vehicles for this bakery was strategic in the sense that the biscuit market is somewhat dominated by a few big companies. The IDC has also played an advisory role for the company.

The Booth Suite Hotel is a family project that drew the support of the IDC for a self-catering facility aimed at the business traveller in Mahikeng. The Bootha siblings, Shaah, Farzeen and Saffiyah, two of whom are chartered accountants, qualified for the Gro-E Youth scheme which supports young entrepreneurs.

The Bio-manufacturing Industry Development Centre (BIDC) is a unit of the Council for Scientific and Industrial Research (CSIR) which is helping innovators and entrepreneurs get their products to market. Elvema Nutritions instant porridges and power shakes are made by entrepreneur Makekele Somo-Tladi at her plant near the Hartbeespoort Dam. With the help of the BIDC, 31 employees have shipped 500 tons of porridge to other countries in Southern Africa and a further 250 tons in South Africa. She also makes oils and teas, 300 tons of which has already been produced.

The Small Enterprise Development Agency (Seda) is a subsidiary of the National Department of Trade and Industry (dti) and is one of the most active agencies in supporting entrepreneurs. The Seda Technology Programme (Stp) helps potential businesses become trading entities.

Seda has initiated a programme designed to make co-operatives and jointly owned enterprises stronger. The four key sectors are: agri-processing, community tourism and protected areas, mining and mineral beneficiation, and trading. The agency supports businesses across a range of sectors, from transport to jewellery design and manufacture.

The North West Development Corporation (NWDC) is the economic development agency of the province. Among the NWDC’s services is helping SMMEs gain access to funding and providing the infrastructure (offices or factory space) to help them succeed. The NWDC also helps start-up businesses identify markets and opportunities.

A private initiative that is creating employment is Anglo American’s Zimele: it has launched more than 900 businesses across the country with a combined annual turnover approaching R2-billion. There are small business hubs at Rustenburg, Mogwase and Thabazimbi.

Royal Bafokeng Platinum is supporting a project to boost the business skills of entrepreneurs. The Micro Enterprise Development Organisation (Medo) is sending a mobile office to 29 villages within the Royal Bafokeng Nation.

Shanduka Black Umbrellas has an incubator in Mooi Nooi, near Marikana. One of the success stories from that area is Montamaisa Bosigo Transport, which has expanded his business beyond being a taxi and now does staff transport and courier services. The business owner credits the training given him by Shanduka for his progress.