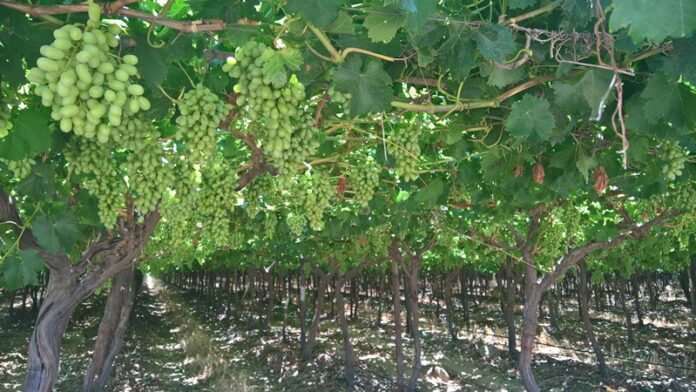 The South African table grape season has started quite normally from the earliest Northern Provinces Region. The early production regions, namely the Northern Provinces as well the Orange River Regions, are both unaffected by the drought and estimated to have a slightly bigger harvest than last season. The Orange River region will start at least one week later than usual.

Although the Western Cape, with its three production regions is affected by the persistent drought, the effect on the estimate at a national level is expected to be less pronounced. This expectation is ascribed to the climatically diverse industry, increased hectares in production, the continued shift to higher yielding new generation varieties and the resilience and adaptation of table grape farmers as noted by SATI in a press release on 3 October 2017.

The Olifants River, Berg River and Hex River Regions are expected to have somewhat lower volumes albeit in line with the 5-year average crop sizes for each region. SATI however cautions that it is still too early to predict what the full effect of the drought and any changes in the weather will ultimately have on the crop of the two later regions of the Berg River and Hex River.

Willem Bestbier, Chief Executive Officer of SATI, said producers will firstly ensure that all programs and contracted business are satisfied while the continued focus will be on South Africa’s well-known quality offering.

Crop estimates are done in co-operation with industry experts who are in close contact with growers in all regions, with the expectation that the best information available was used.  This structure enables SATI to be more responsive to in-season developments and deviations.

The estimate, in the table below, was reached by considering the experience and  observations of the group of experts, the latest industry vine census and historical data.

The latest South African table grape industry Statistics Booklet for 2017 is available with a lot of detailed information per production region and export market. Read the booklet on SATI’s website.

The overall conditions in this region are favourable with very healthy looking vineyards. This region started well with volumes 29% higher compared to the same time last year.

The Olifants River Region started harvesting a few days late in week 49. The other two late regions, namely the Berg and Hex River regions have not started packing yet.

Shipping lines have warned of vessel delays particularly on the European schedules. This is due to delays at the Durban port through major congestion causing disruptions to some vessels exceeding 10 days at anchorage. This could cause a delay in vessels calling Cape Town or cause disruptions to the weekly shipments from Cape Town.

SATI wishes all producers and exporters a successful season.