Major infrastructure is under construction in the Northern Cape – or it will be soon – as the province prepares to move its economy into top gear.

A regional overview of the Northern Cape Province

Water schemes, an economic development zone, a railways logistics hub, a new harbour and a new university are among the infrastructure projects underway or under consideration in South Africa’s largest province.

The Industrial Development Corporation has spent R11.4-billion of its commitment to renewable energy so far in the Northern Cape. Part of the IDC’s role has been to take up a 20% stake in projects on behalf of local communities.

The Northern Cape is South Africa’s largest province at 372 889 km², covering 30% of the country’s landmass on the dry western side of the country bordering the Atlantic Ocean, Namibia and Botswana.

The Sishen-Saldanha ore export railway line is one of the mechanical wonders of the world. The line extends 860 km and the trains sometimes extend beyond 3 500 metres and carry a load exceeding 41 000 tons.

The Northern Cape produces more than 84% of South Africa’s iron ore. Kumba Iron Ore is the country’s biggest iron-ore miner with two large mines (Sishen and Kolomela) in the province.

The Kalahari Basin contains 80% of the world’s manganese reserve, but only 15% of global production comes from this area, so there is enormous scope for development. Several new black-owned manganese projects are underway. The world receives 7% of its diamonds from the Northern Cape, and exports of zinc and lead from the province account for 13% of global demand.

Vedanta Zinc International started work in 2015 on its huge new Gamsberg Zinc project. The new mine is near to Vedanta’s existing Black Mountain mine and is the biggest current new project underway. The flotation area of the mine is shown above in a photograph by Kevin Wright.

The Northern Cape is a big contributor to the national basket of exports in minerals and in agricultural products such as table grapes and raisins. About 45 000 people are employed in agriculture, which represents approximately 16% of employment. The province supports livestock farming (mainly goats and sheep with cattle in the north), table grapes, dates, cotton and cereal crops and vineyards along the banks of the Orange River, large varieties of crops including cotton, groundnuts, wheat and maize on irrigated lands. Pecan nuts are a major new crop. Thoroughbred horses are bred in the south-eastern parts of the province, especially around Colesberg.

The Northern Cape is home to six national parks and five provincial parks and nature reserves. The Richtersveld Cultural and Botanical Landscape is a World Heritage Site and the Namaqualand spring flower display draws many visitors.

Most of the province falls into the category of semi-arid (apart from the coastal strip) and it receives relatively little rainfall. Summers are hot and winters are cold.

To discuss any of the opportunities mentioned below, please fill in the contact form to enquire via the Northern Cape Department of Economic Development and Tourism.

This district accounts for 40.3% of the province’s economic activity. It is the smallest but with a population of approximately 325 500, it is the most densely populated. Although Kimberley is historically renowned for diamond mining, its economy is now driven by its role as the administrative headquarters of the province.

Strategically located and with good infrastructure, Kimberley is the leading centre in the province for retail, financial services, education, commerce and light industry.

The Mittah Seperepere Convention Centre and the Sol Plaatje University are in Kimberley. Mining and agriculture are found in rural municipalities. Agriculture in the region comprises crop cultivation and stock and game farming. The Vaalharts Water Scheme is the largest irrigation project of its kind in the southern hemisphere.

Kuruman is the headquarters of local government in this region and contributes 19.7% to the province’s economy. The local spring produces 20-million litres of water every day.

Most of the district is situated on the Ghaap Plateau, over 1 000 metres above sea-level where extreme temperatures can be experienced. Most agricultural activity is limited to grazing and boer goats are a popular breed among farmers, although game hunting is growing.

Kathu has a well-developed CBD with shopping malls that arose when iron demand was high. The Sishen iron ore mine outside Kathu is a vast undertaking, providing employment for thousands of people. Samancor’s Mamatwan and Wessels manganese mines and plants are situated at Hotazel.

The Namakwa District stretches from the north-western corner of the province, and the country, bordering Namibia and the Atlantic Ocean to the southern border of the province with the Western Cape Province. It includes the famous star-gazing town of Sutherland on its southern edge. The district is sparsely populated, and predominantly rural. It contributes 11.1% to economic activity in the province.

A major new investment has been undertaken in zinc at the Gamsberg project.

The mining and agricultural sectors provide most employment, while tourism and small-scale manufacturing are also present. There are plans to upgrade the harbour at Port Nolloth.

The region’s economy gets a great boost every spring when tourists flock to see the veld in bloom. The climate and soil support certain niche crops, and the sites and sights are unique to the region, offering opportunities in agriculture and tourism. Niewoudtville is the site of a rooibos tea factory.

The /Ai/Ais/Richtersveld Transfrontier Park, the Namakwa National Park and the Tankwa Karoo National Park have the potential to grow as travel destinations, as does the western coastline.

Enquire here about available opportunities in the Namakwa District Municipality.

The district covers 102 000 square kilometres in the central Karoo and contributes 11.3% of the economic activity of the province. It has four national roads passing through it. De Aar, the site of the municipal headquarters, has national significance as a railway junction. The provincial government has published plans to create a logistics hub at De Aar.

Star-gazing is Carnarvon’s great claim to fame, and it will now host the Square Kilometre Array (SKA) radio telescope (pictured below). 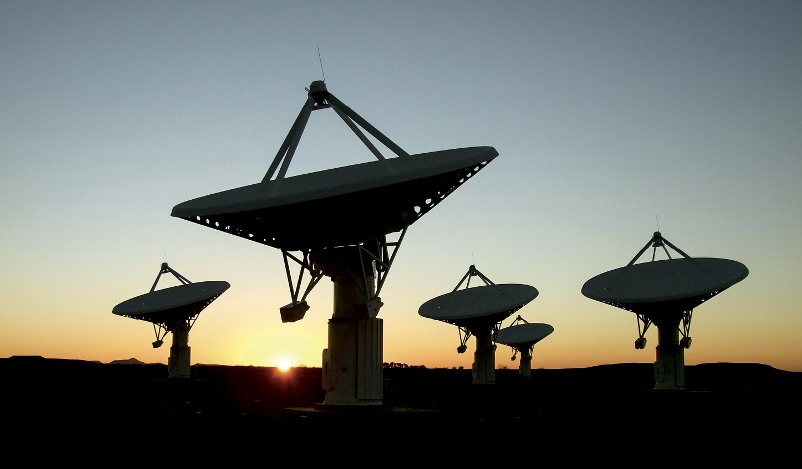 The district is home to three of South Africa’s major dams. Agricultural production includes wheat, maize, peanuts, grapes, beans, potatoes, nuts and sheep farming. Pixley Ka Seme is the largest wool-producing district in South Africa, but most of what is produced is processed in the Eastern Cape, so opportunities exist for the establishment of a cotton mill, a tannery and a facility to add value to semi-precious stones. Horse breeding is a valuable contributor to the regional economy.

The Orange River supports a thriving agricultural sector and a growing tourism sector. The investment climate is ripe for tourism along the Orange River and around unique physical attractions such as the Augrabies Falls.

Upington is already a busy town with processing facilities for agricultural products. The planned development of a Special Economic Zone (SEZ) in the town and next to Upington International Airport will boost manufacturing. The main targeted sectors at this stage are in the renewable energy sector, for example, solar panels.

Most of the population of the //Khara Hais Local Municipality lives in Upington. Agriculture is a prominent feature of the local economy, as well as wholesale and retail services in and around the town. Various kinds of high-speed car racing and testing takes place on the roads, tracks and airport runway in or near the town.

The processing of wine and dried fruit is one of the biggest manufacturing activities in the province. Mining activities take place in Kgatelopele, where diamonds and lime are found. Together with sheep and cattle farming, mining provides most of the employment to be found in Siyanda. The diamond mine at Finsch is Petra Diamonds’ newest and largest acquisition.

Gain more insight by reading the 2019 edition of Northern Cape Business, the premier guide to business and investment in the Northern Cape Province. 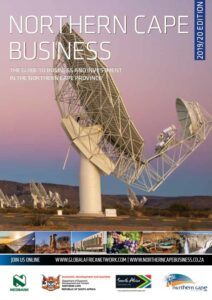