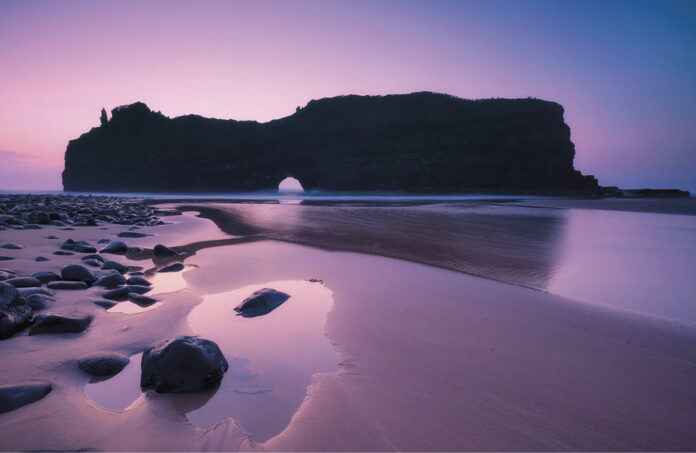 The Eastern Cape extends over 169 580 square kilometres, representing 13.9% of South Africa’s land mass. The dry western interior is one of the country’s premier sheep-rearing and mohair-producing areas.

The mountainous regions of the north and east of the province support timber plantations while the coastal belt in the south-west is good for dairy farming. The province has spectacular beaches stretching from the surfer’s paradise at Jeffrey’s Bay all the way to the famed Wild Coast.

The province has a strong agricultural base. Aside from being one of the world’s major sources of mohair, the province offers perfect farming conditions for a wide range of produce. The fertile Langkloof Valley in the south-west has enormous deciduous fruit orchards, while the Alexandria and Grahamstown area produces pineapples, chicory and dairy products. It is the leading livestock province in terms of numbers and supplies a quarter of South Africa’s milk.

Logistically, the Eastern Cape is well served, with two major airports in Port Elizabeth and East London, and several facilities serving smaller towns such as Mthatha and Bhisho. Many farms and private game reserves also have airstrips. Another key logistics factor is the large port at Ngqura, within the Coega Industrial Development Zone (IDZ). The ports of Port Elizabeth and East London are well-established, with the latter breaking a record in April 2016 by handling 10 000 Mercedes-Benz vehicles for export in the month.

The Eastern Cape is best known for its automotive industry and its strong and varied agricultural sector.

The established companies in the automotive industry (such as Volkswagen SA and Mercedes-Benz SA) have been making major investments in the automotive sector and they have been joined by two large Chinese concerns. The agri-processing sector continues to attract new investments, such as Famous Brands’ new tomato paste factory at the Coega Industrial Development Zone. Coega Dairy is one of the biggest of its kind in South Africa and manages the Famous Brands Cheese Company.

Financial services, real estate and banking are large contributors to the province’s GDP. Absa, Nedbank, Standard Bank and Capitec Bank are among several big finance groups which have a strong presence in the Eastern Cape.

The automotive industry provides 30% of the jobs in the province’s manufacturing sector and accounts for 32% of gross added value. Half of South Africa’s passenger vehicles are made in the Eastern Cape and 51% of the country’s motor exports originate here.

Ford makes engines in Port Elizabeth. General Motors South Africa (GMSA) manufactures and assembles vehicles and is a leader in producing catalytic converters. The Eastern Cape supplies 14% of the world market in catalytic converters. Among the other products exported by GMSA to Mexico, the US, Europe and Australia are seat belts and aluminium heat shields. The Industrial Development Corporation (IDC) has identified the automotive-parts sector as a target sector to grow exports.

The largest mall to be constructed in South Africa since 2004 has opened in Port Elizabeth. The Bay West Mall is a sign of confidence in the Eastern Cape economy.

The Eastern Cape has some unique natural advantages as a tourist destination. For example, the province covers seven different biomes (communities of plants and animals coexisting in a particular place), of which the grassland, Nama Karoo, thicket and savanna biomes are the most extensive. The Eastern Cape has three areas of endemism: Albany, the Drakensberg and Pondoland.

The National Arts Festival in Grahamstown is a key national festival.

The Addo Elephant National Park is a 164 000 ha facility that attracts more visitors than East Africa’s Serengeti National Park. Other national parks in the province are the Camdeboo National Park (around Graaff-Reinet and now home to some lions), the Mountain Zebra Park (near Cradock) and the Garden Route Park, a marine reserve.

The Eastern Cape Provincial Government is responsible for 21 nature reserves and is planning to commercialise the administration of many of these facilities.

More than 6 000 international athletes will line up on a beach in Port Elizabeth in September 2018 for the first African staging of the 2018 IRONMAN 70.3 World Championship. This event illustrates the Eastern Cape’s striving to be a world-class events destination.

International conferences on the Oceans Economy have also been held in recent months, indicative of this coastal province’s determination to make the most of its 800 km coastline, with three ports and two associated industrial development zones geared to attracting investments in new sectors. Programmes are in place to promote ship-building and repair, aquaculture, offshore oil and gas, marine protection and governance, and marine transport and manufacturing. The Nelson Mandela University (NMU) launched an Oceans Campus in 2017 and already has several research chairs studying this potentially very lucrative field.

The Eastern Cape’s long coastline is an asset in the national Oceans Economy strategy. With three major ports, two of which house industrial development zones (IDZs), the province is well placed to leverage the advantages that will come with the promotion of maritime sectors.

National government aims for the Oceans Economy to contribute R29-billion to the national gross domestic product (GDP) by 2019 and a possible R177-billion by 2033. This is part of the broader National Development Plan (NDP).

Another new area of interest is renewable energy. The Eastern Cape is a favourite destination for wind power investors. Of the 17 projects approved in the province in terms of the national independent producers’ programme, fully 16 are on-shore wind projects. More than 1 500 MW has so far been procured within the borders of the province, and there is potential for much more.

Read more about the Eastern Cape…