HomeAir ProductsJoy for three Vanderbijlpark schools, thanks to Air Products

Joy for three Vanderbijlpark schools, thanks to Air Products

With the overwhelming support from suppliers, a total amount of R3.8-million was accumulated to develop and support schools in the area. 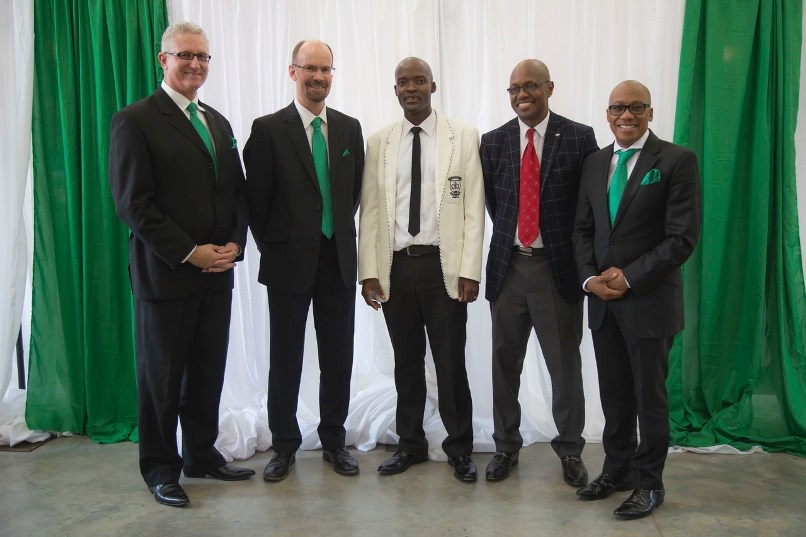 Air Products created a special ‘G-Plant CSI Fund’ when they launched the ‘G-Plant’ at their facility in Vanderbijlpark in 2014 with the aim of utilising it for upliftment projects at schools in the area. Today, they celebrate the completion of the projects at Seeiso Primary, Lebohang Secondary and Bophelong Primary Schools. This time, the unveiling is far from an industrial project but rather a much needed school hall, kitchen and enclosed assembly area.

The R800 million ‘G-Plant’ formed part of an investment pipeline of just under R2 billion and Air Products appealed to suppliers who worked on the project to make a donation towards this special ‘G-Plant CSI Fund’. The main purpose of this fund was to facilitate better education for learners in the community. With the overwhelming support from suppliers, a total amount of R3.8 million was accumulated to develop and support schools in the area.

Air Products’ strategic corporate social investment (CSI) main focus is on youth and education in South Africa and this project highlights their commitment to make a difference in the lives of the learners in the area.

The Department of Education played an important role in identifying schools in the Vanderbijlpark community who could benefit from this infrastructure project. Once the three schools were identified, an assessment was done of the needs and the building projects commenced.

Seeiso Primary School indicated that they have a need for a kitchen that can be used for the preparation of meals for the learners who are supported by the school’s feeding scheme. Air Products built a kitchen and further created a water fountain for the children to have access to clean drinking water at the school during the day.

Lebohang Secondary School’s request was to enclose the area that they use for assembly and other meetings. A solid roof structure was built to provide shelter for the learners and educators during different weather conditions.

Lastly, Bophelong Primary School had suitable space to build a school hall, one which has been received with much gratitude.

Rob Richardson, Managing Director at Air Products commented at the unveiling ceremony: ”The upliftment projects at these three schools would not have been possible without the support of the suppliers who contributed to this ‘G-Plant CSI Fund’. We are extremely grateful to the companies who decided to join hands with Air Products to make a difference”.

According to Richardson, these three projects is the organisation’s way of giving back to the community in which they operate. The facility in Vanderbijlpark was established in 1971 and he thanked the community for welcoming them into their community, and allowing Air Products to make lasting improvements to the infrastructure of the schools.

Air Products has a number of CSI projects that they support each year. Firstly, an annual allocation is made to each facility located across the country – the key CSI role players at each of the facilities identify projects to support with their funding. There are also national projects and annual donations to organisations with whom Air Products has built a long-term relationship over the years.

Last year with the launch of the 3-year national ‘WitnessHappiness’ project, Air Products once again focused on the strategy and committed to education. This project is purely focused on Early Childhood Development (ECD) Centres.

Richardson concluded: “Investing in education and the youth in South Africa is our way to uplift and ultimately create a strong economy for the future, one in which we aim to provide an opportunity for each and every child to excel as an adult”.