Covid-19 presented businesses across the board with the opportunity to re-evaluate both their operational models and costs. Proactive organisations found themselves navigating a wake of reinvention by establishing variable cost structures as well as employing agile operations in terms of energy supply.

Confronted by plummeting sales and revenue along with rising inflationary costs, businesses have found themselves under immense financial pressure to rapidly recover from the pandemic at hand. In order to do so, business leaders have sought to reduce unnecessary expenses as far as possible by investing in cutting edge technologies to bring about improved energy savings.

In March this year, the government declared a nationwide ‘lockdown’ in order to slow the spread of the coronavirus. This lockdown, albeit necessary, plunged the economy into its greatest recession in 90 years. With businesses all clambering to recommence operations as restrictions ease, the resulting upswing in electricity demand has placed immense strain on Eskom’s ageing and poorly maintained infrastructure. In July this year, a number of concurrent breakdowns resulted in a resurgence of power supply interruptions, otherwise known as load shedding, in an attempt by Eskom to protect the national grid from collapsing. By the end of July, the amount of power reductions for the year had already exceeded the levels observed in 2019, which was the worst year of load shedding on record.

This unanticipated surge in load shedding has contributed to the nation’s thwarted post-Covid-19 economic recovery and unless real, measurable and deliberate action is implemented to support private electricity generation, incapacitating power cuts will continue for years to come, further derailing the domestic economy and stifling both local and international investment.

Eskom asserted that its improved maintenance programme, in pursuance of addressing decades of neglect and mismanagement, will cease load shedding within 18 months. However, it is abundantly clear that this goal will misfire, as seen by the scope of challenges at its inefficient coal-fired power stations.

Extensive research from some of the world’s most respected energy experts has revealed that no other energy source, including hydro and wind, can provide power as sustainably, reliably, and efficiently as solar power.

According to industry experts, the future scope of solar energy for Africa is extensive and has seen exponential growth in the past few years. The continent has experienced a growth of over 1.8 GW of new solar installations, with 1.4 GW related to photovoltaic (PV) installations, which is a considerable increase from the 786 MW that was connected in 2017. In 2016, South Africa had 1,329 MW of installed solar power capacity and according to governments 2019 Integrated Resource Plan (IRP), this capacity is expected to reach 8,888 MW by 2030.

Solar has a major bearing on the African energy sector. The total power derived from solar has officially outpaced any other fuel with regards to global energy output. Solar is currently the frontrunner in renewables and solar PV additions are transcending all other fuels, including coal. A report conducted by The International Energy Agency (IEA) predicted unprecedented solar PV growth up to the year 2022.

Gabriel Kroes, Head of Engineering at IMPower, commented: “As industries once again gain momentum, and the energy demand pattern normalises, this will result in an increase in load shedding incidents. However, in response to this, businesses and the private sector are substantially accelerating their efforts to procure their own power.”

Bulk electricity prices are set to increase by approximately 15% next year after a court victory for utility giant, Eskom. In a legal battle, Eskom and the National Energy Regulator of South Africa (Nersa) were contesting over Nersa’s decision to deduct a R69-billion equity lifeline from Eskom’s allowable revenue. That R69-billion had been apportioned to Eskom in the 2019 budget to assist the power utility in paying off its escalating debt. The high court in Johannesburg pronounced Nersa’s conclusion unlawful and ruled the full amount to be paid back to Eskom over the next three years. If left uncontested, the ruling will further disrupt businesses and suppress the nation’s economic recovery.

Within the past seven years, South Africa has observed an almost 300% increase in electricity costs.

In 2020 alone, between a 9% and 15% increase has been observed. Such increases are unsustainable and represent an additional substantial driver for why companies are seeking more efficient measures to provide a sustainable or stable cost of electricity. Another significant driver is the decline in the price of renewable energy alternatives, further incentivising the shift.

Electricity is a critical commodity enabling and supporting a country’s economic growth, which ultimately leads to poverty alleviation, job creation and a decline in inequality. This is clearly outlined in South Africa’s official National Development Plan 2030 which states, inter alia: “The NDP aims to eliminate poverty and reduce inequality by 2030. According to the plan, South Africa can realise these goals by drawing on the energies of its people, growing an inclusive economy, building capabilities, enhancing the capacity of the state, and promoting leadership and partnerships throughout society.” – https://www.gov.za/issues/national-development-plan-2030

“It remains evident that the citizens and businesses of our nation are unable to depend exclusively on the national grid, and it therefore remains vital that they be supported by government in seeking various energy alternatives, such as solar power. As the levelised cost of solar has declined dramatically over the past years, this energy source remains far more affordable and reliable in comparison to its fossil fuel powered counterpart,” commented Mr Kroes. 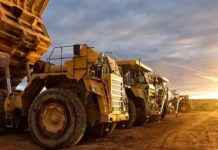 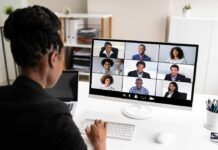 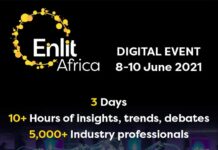 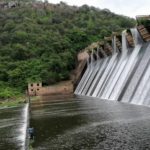 May 9, 2021
Competitive advantages have been identified to enhance the tourism and recreational offering of the game reserve and the area around the Shongweni dam.

May 3, 2021
The KZN Automotive Supplier Park project is aimed at centralising production, assembly, sequencing and warehousing facilities that are within close proximity to the OEMs such as Toyota South Africa 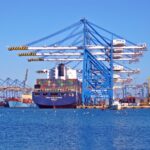 May 6, 2021
The planned zinc smelter in the Northern Cape will produce pure sulphuric acid as a by-product, providing a greenfield opportunity for the establishment of the complete value chain

May 4, 2021
There are opportunities to rent factory space at Free State Development Corporation properties in Botshabelo, Phuthaditjhaba and Industriqwa. 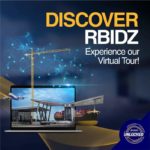 March 31, 2021
Linked to the international deep-water port of Richards Bay, this SEZ is purpose-built and tailored for the manufacturing of goods and production of services to boost beneficiation. The secure industrial estate is situated on the north-eastern coast of KwaZulu-Natal, South Africa.
- Advertisement - 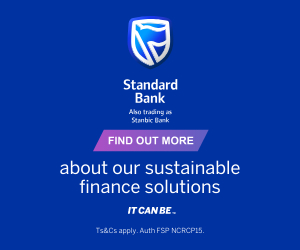 Enlit Africa to return in June with focus on 5Ds as industry prepares for...