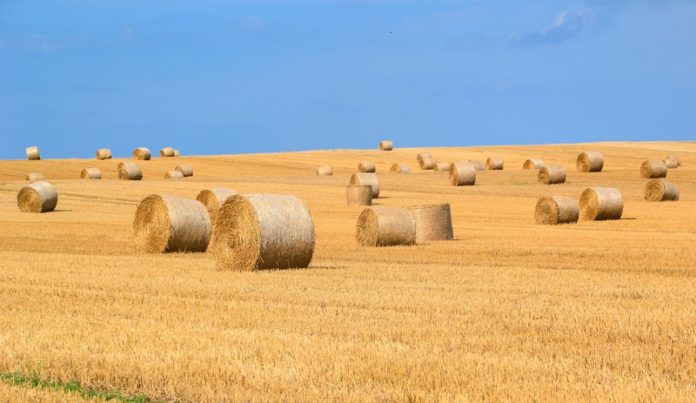 Senwes has been described as a “rock solid, conservatively run agricultural titan” (Anthony Clark) while Kaap-Agri, which listed on the JSE in June 2017, might be, according to Investors Monthly, “the best retailing conglomerate in South Africa”. Afgri, biggest of the former co-operatives that are now multi-dimensional companies, has delisted from the JSE but in 2017 bought the South African Bank of Athens.

The JSE has also launched a wool futures contract on its Commodity Derivatives Market as the sector strives to add 25-million kilograms to the existing production of about 44-million kilograms.

Zeder Investments is the agricultural arm of investment holding company PSG Group (which has become well known through Capitec Bank and Curro schools). Zeder has been increasing its stake in agricultural companies, most notably Capespan. Capespan has a turnover of R7.6-billion across three divisions: farms, logistics and fruit.

Zeder also owns 27.1% of Pioneer Foods which makes and distributes many big food and drink brands across Southern Africa, including Weet-Bix, Liqui-Fruit, Ceres, Sasko and White Star. The company has an annual turnover of R20-billion and it has two Bokomo facilities producing wheat biscuits, cereal and muesli in the United Kingdom.

These facts give an indication of the large influence which the agricultural sector has in South Africa. When national agricultural output surged in mid-2017 on the back of good rains and harvests, the country was lifted out of the technical recession into which it had fallen in the first quarter.

A maize crop of 16.4-million tons for 2016/17 means a surplus of about four-million tons, definitive proof that the long drought which hit South Africa is over, at least in the central and northern regions. The Western Cape drought continues.

The Land Bank intends to put aside R1-billion in supporting black agricultural entrepreneurs. The hope is that by making the sector more inclusive, long-term food security will be ensured.

Fruit, sugar and wine make up about 7% of the country’s total export basket. Avocadoes, tomatoes and macadamias are among other important export crops. More than 50% of agricultural export is made up of processed agricultural products, a promising development for the future of agri-processing. National trade policy strategies are intended to enhance this trend. Primary agriculture provides 5% of formal employment in South Africa.

Several of the Special Economic Zones around South Africa either have or will in the future have agri-processing facilities. Examples include existing tomato paste and dairy facilities at Coega IDZ and plans to develop the SEZ at Harrismith (Maluti-A-Phofung) into a hub for agri-processing.

Several former farmers’ co-operatives are now substantial agri-businesses. Most have a specific geographic and farming sector focus (BKB is strong in the eastern Free State and Eastern Cape and concentrates on wool and mohair) while others like Afgri have a national presence.

An overview of Agriculture in South Africa

A total of 70% of South Africa’s grain production is maize, which covers 60% of the cropping area of the country. The North West Province produces one third of South Africa’s maize and about 15% of its wheat. The Free State is the country’s largest supplier of wheat (37%) and maize (34%). The Western Cape has 350 000 ha of wheat-producing land.

Macadamia nuts is one of the fastest-growing sectors in South Africa. Almost all of nuts produced are exported and the global market is expanding every year: nearly 2 000 ha are added to the land under macadamias every year. Mpumalanga and Limpopo provinces are big nut-growing provinces. Another sector enjoying a boom (mainly because of Chinese demand) is avocadoes, with almost 1 000 ha per year of new land being planted.

The South Africa feed industry has an annual turnover of about R50-billion with most of the raw material being soya and maize.

Two of the country’s big three sugar producers (Illovo Sugar and Tongaat Hulett) each shut down one of their mills because of the extended drought and the broader trend for sugar production and the amount of land under sugar cane is downwards. The prospect of a sugar tax will not help sales. Both of these companies have diversified portfolios with Tongaat Hulett active in property in KwaZulu-Natal. The other big sugar company, TSB Sugar, has been acquired by RCL Foods.

The Free State Province supplies significant proportions of the nation’s sorghum, sunflower, potatoes, groundnuts, dry beans, and almost all of its cherries. Barley and canola are produced in the Western Cape.

South Africa is famous for its fruit, of which 35% is citrus, 23% sub-tropical and nuts, 26% pome fruit, 11% stone fruit and 9% table grapes. Export volumes, particularly in tropical fruits such as mangoes and avocadoes, have been growing rapidly in recent years. The sector is highly sophisticated and is skilled at the refrigeration and packing required for European Union standards. With clarity now achieved on refrigeration protocols in China, South Africa intends increasing table grape exports to that country to R2.5-billion within five years.

Large volumes of exports are achieved in deciduous fruits such as apples, table grapes, pears, peaches, plums and apricots. Avocadoes thrive in Mpumalanga and Limpopo and production volumes above 110 000 tons per year have been achieved. About 45% of production is exported.

Most of South Africa’s citrus and subtropical fruit comes from the eastern part of Limpopo. Some of the world’s biggest farming enterprises operate in Limpopo Province. Westfalia, part of the Hans Merensky Group, is an avocado grower of note while ZZ2 is a huge fresh tomato enterprise. Halls has an international reputation for avocadoes and litchis.

Companies such as Capespan and DoleSA move huge quantities of fruit around the world. South Africa exports about 650 000 metric tons to the EU (about 40% of the total). A new development in the citrus sector is the establishment for small growers of the Growers’ Development Corporation.

Export volumes have been steadily rising for South African wines. There are about 3 500 wine producers in South Africa, with the large majority located in the Western Cape. There are 54 producer cellars. The industry earned R17.5-billion in exports in 2016. Europe is the main market but exports to China and Russia are growing as South Africa seeks to exploit its membership of BRICS.

The industry is located for the most part in the Western Cape but Orange River Cellars in the Northern Cape is growing production volumes. The Distell group produces about a third of the country’s natural and sparkling wine, and is ranked 12th in the world in global wine volumes sold.