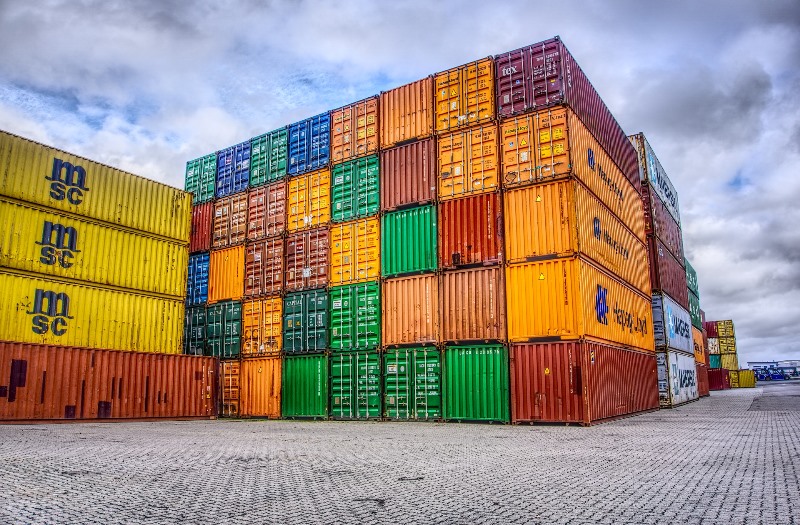 Boegoebaai is approximately 60 km north of Port Nolloth and 20 km south of the border between Namibia and South Africa in the Richtersveld Local Municipality area in the Northern Cape Province of South Africa.

In terms of positioning, the primary opportunity of the site is the short distance between the coastline and relatively deep water. The location places it relatively close in proximity to rich mining and agriculture sectors compared to other existing ports.

It is to be noted that the envisaged Boegoebaai deep water port will be a greenfield development. The project is the first development of this magnitude to be undertaken by the Province in the last 26 years. 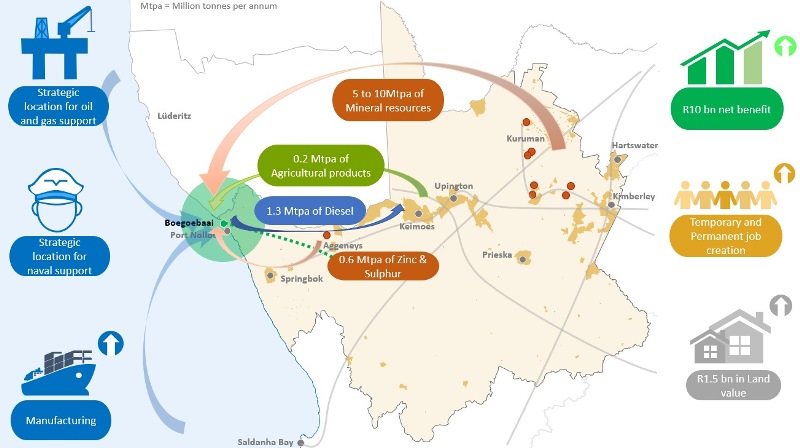 The Northern Cape Province has the volumes of commodities to warrant a deep-sea commercial port, specifically as a result of mining and agricultural activities. All commodities are currently transported via road or rail for exports through ports in other provinces, effectively making the Northern Cape economically landlocked, even though it has access to 338 km of Atlantic coastline.

Despite a 70% gross domestic product (GDP) growth in the transport sector between 2010 and 2016, save for Port Nolloth, the Northern Cape did not experience the GDP growth as a result of seaport activities.

The Boegoebaai site has all the advantages for the potential development of a deep-sea port, namely:

The port will have the Dry Bulk Terminal for exports; Liquid Bulk Terminal to handle various bulk liquid products and a Multi-Purpose Container Terminal. 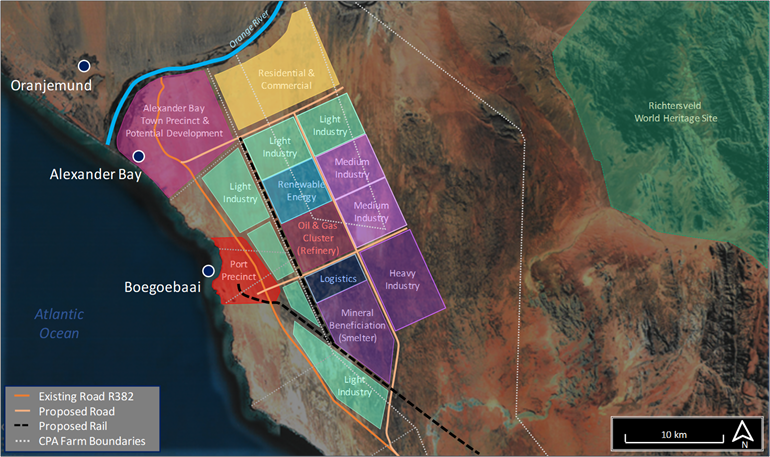 The project is being developed in terms of the PPP Project Cycle in terms of the Treasury Regulation 16 of the Public Finance Management Act, 1999. The development of a Northern Cape Provincial SEZ Establishment Framework will be used for a Special Economic Zone as an economic growth and development instrument to attract new local and foreign investment.

This project will be structured as a PPP, primarily to transfer risk and to source investment. Optimal risk allocation creates value. By granting a long-term concession, market, investment, and operational risks can be transferred to a terminal that can absorb part of the commercial risk.

A PPP for a deep-water port of the nature being contemplated at Boegoebaai would typically operate within a concession framework. This means that the private party/concessionaire is granted permission by the appropriate public procuring entity to design, build, finance, insure, operate and maintain the port and collect revenues from it, for a fixed period of time after which the port will be handed back to the public entity.

Number of jobs to be created

Business case and feasibility studies reports have been completed and a conditional approval from National Treasury – Treasury Approval 1 (TA1) has been obtained with the request to proceed with TA2 A in a form of Request for Qualification (RfQ) process. The following outlines the project’s deliverables to be completed:

Potential investors are encouraged to contact the project team: