The Eastern Cape Provincial Government, together with its social partners will converge on the port city of East London in the Buffalo City Metropolitan Municipality, for a two-day investment conference on 16 November 2022. RSVP here to attend! 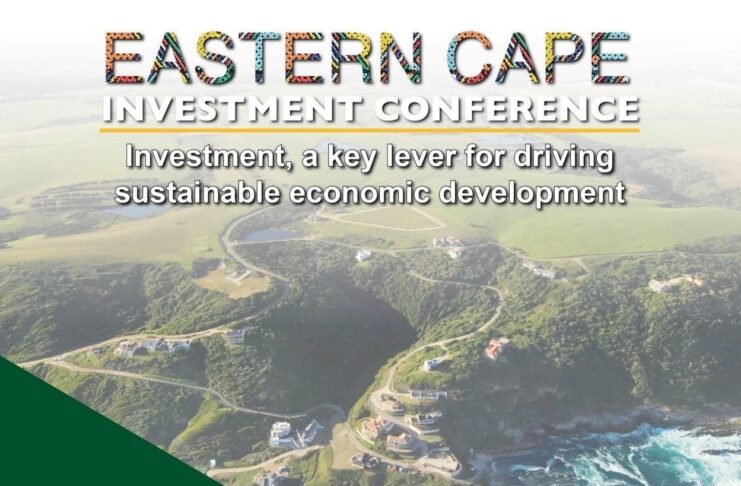 Premier Lubabalo Oscar Mabuyane is expected to further expand on government’s outlook on the provincial Economic Recovery Plan, when the Eastern Cape Provincial Government (ECPG), together with its social partners converge on the port city of East London in the Buffalo City Metropolitan Municipality (BCMM), for a two-day investment conference on 16 November 2022.

The conference, themed Investment, a key lever for driving sustainable economic development, will bring together investors from across globe to explore investment opportunities in the Eastern Cape. Speaking ahead of the much anticipated, Eastern Cape Premier, Lubabalo Oscar Mabuyane said government was seeking “to harness the work of the current investors for the existing opportunities in the province and to mobilise resources for new investments into the provincial economy”

RSVP to register your interest in attending the conference

The Conference is expected to afford the Eastern Cape province an opportunity to align earmarked investments with public sector economy stimulation programmes to bolster the transformation of the economy and advance inclusive growth. With the province facing the highest rate of unemployment, the provincial government is looking at harvesting all possible benefits towards job creation and equitable economic development of the province.

Premier Mabuyane said, “the Eastern Cape province will continue to press for large scale economic infrastructure investments in the province as these will help in stimulating economic growth and employment creation.” The Premier further said that the province is in the process of establishing a provincial investment council (PIC) whose membership shall incorporate industry, large corporates, established business chamber representatives and CEOs of the provincial state entities. This structure, which is to be chaired by the Premier is intended at improving the interface and coordination between government and industry players on trade and investment matters.

The Premier Mabuyane has also expressed his wish to see broad based participation at the coming conference with local government in general and the small, micro and medium enterprise (SMME) community joining to explore business and investment opportunities.

The conference shall coincide with the launch of the Invest SA One Stop Shop facility which was recently established through a partnership between the Eastern Cape Development Corporation (ECDC) and the Department of Trade, Industry and Competition (DTIC), is an innovation implemented to cut-off red tape in investor enquiries, landing, on-boarding and local operations. This facility shall provide support on matters such as business permits, municipal interface, local trade compliance requirements, and access to business support infrastructure.

The Eastern Cape invites delegates to register their interest to attend the conference here: https://easterncapepic.co.za

The event will be held as follows:

Save your seat now, and RSVP to attend the event: