HomeCompany NewsGlobal economy is weakening: What JSE Top 40 shares should you focus...

Global economy is weakening: What JSE Top 40 shares should you focus on?

All in all, these are just a few picks you can consider adding to your portfolio from the JSE Top 40. However, remember to do your due diligence before committing any funds. 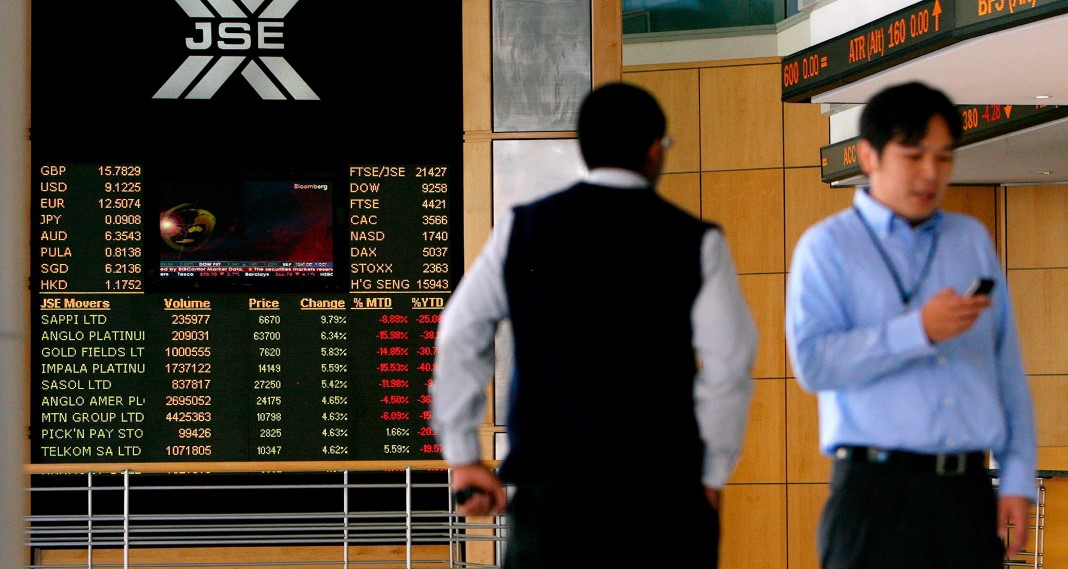 Rampant inflation has seen governments around the world raise interest rates to tame the situation. However, after consecutive rate hikes throughout the year, economists are forecasting a weakening of the global economy next year. This should put more pressure on central banks globally, which will be forced to go easy on the rate hikes to stimulate the economy. When that happens, you can expect to see a resurgence in the money markets.

However, before this happens, you can take advantage of the bear market and pick up a few assets that might pay off big once the market bounces back. That said, this piece will explore which JSE top 40 shares you should consider adding to your portfolio.

The JSE Top 40 Index is a stock market index that tracks the performance of the top 40 companies on the Johannesburg Stock Exchange (JSE). The index was first released in February 1992 and has been a widely used benchmark for investment decisions ever since. It’s a good proxy for how well South African stocks are doing and can therefore be used as an indicator of how your portfolio will perform. Below are four company stocks you can consider if you choose to invest in JSE top 40.

Naspers is a global internet and media group. It owns 30% of Tencent Holdings Limited, which is China’s second-largest tech company. In addition to its holdings in China, Naspers also owns Media24, the largest South African newspaper group. The company’s stock is a great long-term investment because it has experienced strong growth over the past decade while remaining profitable throughout that time frame. If you’re looking for an investment with high returns on your investment, then this could be one such stock.

Additionally, the share price discount from the company has been the biggest outside the gold sector. And its strong asset diversification has seen continuous growth for its investors. That said, the company’s valuation is derived from its 70% holding in Prosus NV shares and 30% holding in Tencent. The remaining part of the portfolio is occupied by companies that rule the online marketplace in terms of payments and food delivery.

This company is a market leader in the tobacco industry. Incredibly, British American Tobacco has never recorded a drop in its stock value since the company’s inception. Therefore, the company’s shares are ideal for anyone who wants to add a secure investment to their portfolio. The company has a strong presence in Africa, where demand for its products keeps growing.

That said, BAT shares have historically shown defensive properties. Company earnings have remained resilient even in times of economic downturn due to the addictive nature of its products.

Gold has remained a safe haven investment since the beginning of time, and this isn’t going to change any time soon. Its price continues to rise despite rampant volatility in other market areas. Gold Fields Limited is one of the top mining giants based in South Africa. Its share price has continued to rise on the JSE despite the bear market taking a stranglehold on the markets.

As of December 5, the GFI ADR had a market cap of $9.7 billion, which placed it in the 88th percentile of companies in the Metals & Mining industry. Additionally, its ADR’s price-earnings ratio currently stands at 10.8. And its ADR’s trailing 12-month revenue is $4.4 billion with a 20.5% profit margin. As of the time of writing, GFI’s ADR has a 3.1% dividend yield.

That said, the fundamental outlook of the gold sub-industry over the next year is positive, which is another reason to pick up some GFI stocks.

There is a growing global demand for commodities such as copper and iron ore, which has sparked growth in Anglo American Plc shares. The shares of the base metal mining company are currently trading at premiums to their longer-term price targets. Therefore, its shares seem like a good pick given the growing demand for base metals around the world.

All in all, these are just a few picks you can consider adding to your portfolio from the JSE Top 40. However, remember to do your due diligence before committing any funds.