Airlink is pleased to announce that it will launch a mid-morning flight between Johannesburg and East London from 16 March 2020, increasing customer convenience, connections and business class.

The key objective of this flight is to provide connections with international and regional flights arriving in the early morning at OR Tambo International.

Airlink’s E-jet services will offer an intra-continental style business class service. The cabin layout features expansive business class seats and provides economy class travellers with enhanced comfort by way of a generous seat pitch in a two plus two abreast seating configurations. Each seat offers either a window or an aisle option and ample overhead bin space to accommodate carry-on items. The E190 E-jets are configured with 6 business and 92 economy class seats. 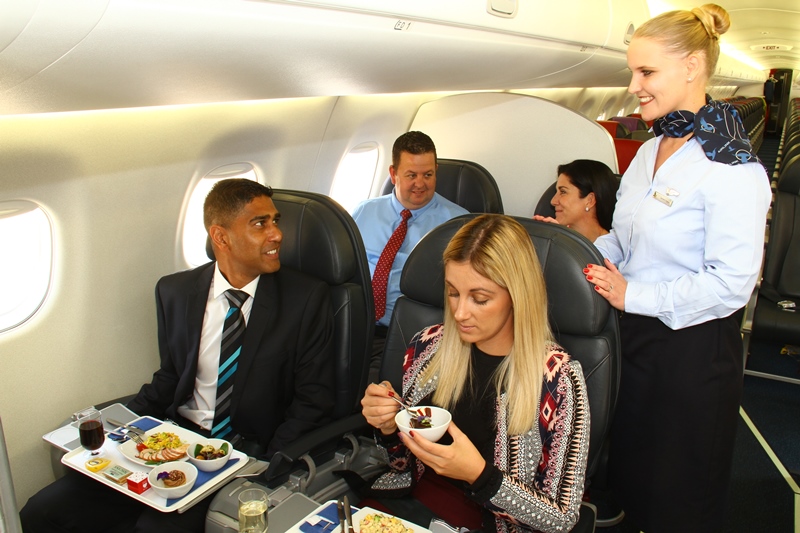 The flight has been timed to maximize connections for International travellers to connect seamlessly with Airlink following their arrival on South African Airways, British Airways, Virgin Atlantic Airlines, Singapore Airlines, Lufthansa, Emirates, Qatar, Cathay Pacific and the other global partner flights off their early morning long-haul arrivals at OR Tambo, minimizing time spent in airport transfers.

Airlink flights will operate under the “SA8” flight code until 10 June 2020, after which they will be operated under Airlink’s unique “4Z” code.

Airlink is a privately-owned BBBEE Level 4 business with strong institutional shareholders and a respectable track record of consistent profitability over the past 28 years.

The regional feeder airline headquartered in Johannesburg has the largest fleet of commercial jetliners in Southern Africa and operates more than 5 600 flights per month on 55 routes to 39 destinations in nine African countries with a better than 95% on time performance.