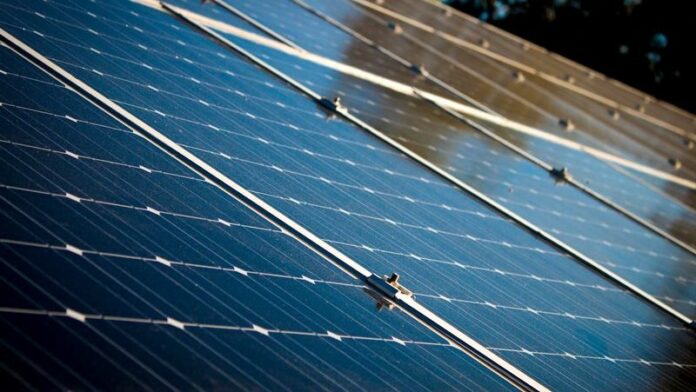 Air Products South Africa has made a commitment through its Environmental, Health and Safety Policy to continually reduce the environmental impact of its operations in support of its sustainability goals.

To this end, Air Products formed a relationship with a wholly black-owned and controlled energy company, Jeka Energy. Jeka Energy is a subsidiary of Jeka Resources.

Air Products and Jeka Energy have completed their first solar PV (Photovoltaic) roof-mounted power plant. This power plant generates daytime solar energy for the Air Products Kempton Park Facility. This renewable energy displaces most of the energy that Air Products uses that is sourced from the grid, primarily from coal-fired power stations.

The installed system uses the generated solar energy as it gets harnessed, hence the daytime solar energy generation. However, an allowance has been made for future expansion to an ultimate hybrid solar system that will incorporate energy storage systems.

The installed system is designed to generate up to 329,394 kWh in its first year of operation.

Air Products’ selection of Jeka Energy as the preferred supplier was based on their track record and experience in the development, construction, project execution and operation of similar solar PV systems, which were tailor-made to customer requirements. Jeka Energy also offers advisory services pertaining to the design and development of energy-efficient solar PV technology solutions.

The technical and operations teams at Air Products started investigating the option of solar energy as they realised that a structure such as a roof can be a valuable asset. This led to the installation of a roof-mounted solar PV power plant.

Maropeng Bahula, General Manager: Technical, at Air Products comments on the relationship with Jeka Energy: “At Air Products, we have a number of key focus areas that we believe have made a contribution to our success in the industry to date. Some of these focus areas include enterprise development, continuous improvement, innovation and technology. The solar energy project we have embarked on with Jeka Energy ticked all these boxes. We are using the Kempton Park Facility’s solar system as a prototype and it will form the basis for projects at our other facilities going forward. We believe that as we roll out solar PV power plants over a period of time to our other facilities, we will improve our energy efficiency. Moreover, our energy mix will change resulting in an improved carbon footprint and reduced electricity costs.”

Jeka Energy CEO, Thembani Jeffrey Marhanele, explains that solar energy has become a valuable tool for companies such as Air Products, as the solar energy generated can be stored and used during peak demand periods if a hybrid solar system is installed. “At Jeka Energy, our aim is to assist businesses to develop and achieve their green energy goals whilst managing their demand side through energy efficient systems. Through the system, we also work with our clients to ensure that they are aware of the financial benefits of renewable energy systems.”

More than an ordinary service provider

Bahula further mentions that the relationship with Jeka Energy forms part of the company’s Enterprise Development Programme. “When we initiated this project at our Kempton Park Facility, we were looking to form a relationship with a company that was prepared to embark on a ‘renewable energy journey’ with us and that would guide our team through the various stages of the process. Jeka Energy has been involved with similar projects since 2013 and we were satisfied with their credentials. Our relationship has been symbiotic and the synergy has been mutually beneficial. After meeting with the team from Jeka Energy, we realised that they had the knowledge and expertise in solar PV technology to guide us from the planning stage to execution, and beyond. Air Products guided Jeka Energy, as an Enterprise Development beneficiary, through the process of structuring a long-term PPA (Power Purchase Agreement).”

Completion of the initial project

The system also enables the office building to draw energy from the facility’s surplus.

The rooftop PV solar project at the Kempton Park Facility was started in February 2018 and was successfully completed in June 2018.

According to Marhanele, this solar system can be monitored locally and remotely in real-time and all critical information logged and stored on a secure server. The system is automated and their electrical engineers can log onto the system at any time to monitor the process, make changes or address concerns from Air Products’ Technical team.

Bahula concludes by saying: “The data gathered so far on the PV solar system’s performance and the power generation to date has been impressive and exceeded our expectations since commissioning. The Air Products team is extremely excited and has already begun to extend this system to other facilities. We are also positive about the future of Jeka Energy and confident in the level of expertise they bring to Air Products.”

Marhanele concludes by saying that Jeka Energy is very positive and optimistic about the relationship with Air Products. “We are aware of Air Products’ requirements and we are working closely with their core team to ensure that the best possible outcome is achieved. At Jeka Energy, we are in a position where we can offer Air Products tailor-made solutions. We are grateful to Air Products for the opportunity to provide them with energy solutions at their facilities and are excited at the prospect of bringing about change and electricity cost reduction benefits to the company.”