HomeAfrica FocusMoney inflows to and from Australia help us understand the future of...

Africa’s global economic outlook is currently unstable - but it is worldwide, too. Africa is seen in a good light by many investors and buyers, where minerals are in abundance and commodities are in high demand. 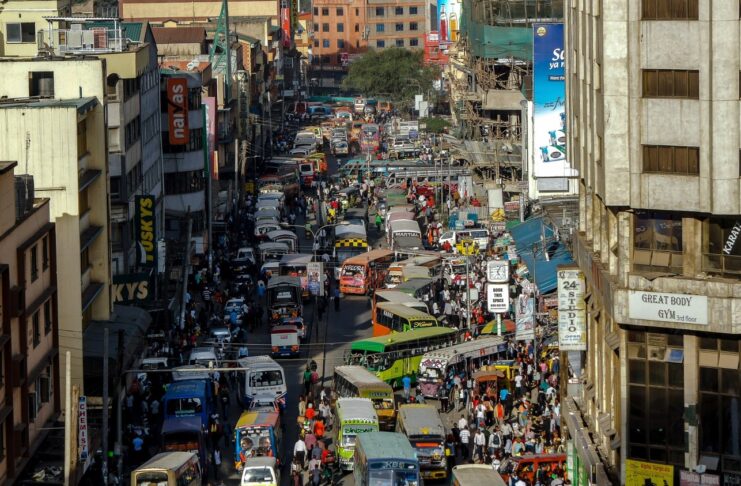 Africa is a continent that is rich in natural resources, namely diamonds, gold, cobalt, uranium, and platinum. Of course, we all know this a little too well given the historical colonization and attempts to exploit these materials. But, in the 21st-century world where global economies are becoming more sophisticated – albeit far from perfect – exporting these resources is a way to grow the continent’s current account balance.

The World Economic Forum weighed in on the issue, also claiming that foreign investment is the key to Africa’s sustainable recovery in a post-lockdown world. During the pandemic, FDI significantly reduced, which hurt African economies and dried up cash flow.

Furthermore, investment in Africa is becoming more accessible and diverse thanks to technology. P2P lending infrastructure, along with blockchain’s DeFi has meant that microfinance has a lot more potential in this day and age. As opposed to lending large African banks, governments, and institutions money in the hopes that it will trickle down, foreign investors can lend directly to individuals and small businesses.

Street vending and farming are two common examples of entrepreneurs who can benefit from P2P lending and microfinancing. The better the technology and more democratic the systems are becoming, the less the middleman takes (or hides) when money flows into Africa. This will be a huge benefit to small African businesses that are used to relying on technology, with a booming innovation period that’s curated to African needs.

The line between imperialism and prosperous investment

It’s difficult to know when globalization is a good thing, and when it’s not. We often struggle with this when it comes to manufacturing in Asia. On the one hand, seemingly low wages and long hours appear unethical, and so western consumers view third-world manufacturing in a negative light ethically. But, it is the foreign factories opening in third-world countries that can provide wage growth, economic growth, and an injection of money into the economy. Yet, we can’t shake the feeling of wrongdoing, particularly when the working conditions are dubious.

Another example of the line being blurred is regarding hotel resorts, which are common in some African countries like Tunisia and Morocco. The pitch seems simple enough: a US company buys a large piece of land to place a hotel resort on, which will bring tourism and hire local staff. But in reality, wages are often very low, working conditions are exploited, tourists don’t spend money in the local economy because it’s all-inclusive, and these profits get sifted back to US shareholders. Plus, the local environment can be disrupted.

And, this really is the crux of the debate, because investors inevitably seek returns on their profits back home. Buying a coffee from Starbucks in Egypt means that a significant portion of that money will be sent back to the US. Not just the profits, but the costs of supplies, marketing budget, and so on. Whilst, purchasing Ethiopian coffee from a street vendor means no money leaks out of the continent.

Generally, reducing the steps and parties in a supply chain will mean less profit is extracted, which is why lending and investment into local African companies is often more beneficial.  But, money flow to Africa, even in the form of multinational corporations, can often stir up economic activity; buildings and offices get built, local taxes (sometimes) get paid, and so on. As seen with Rwanda, being business-friendly with low corruption can transform a country very quickly.

If extracted profits are a key concern, this means things are going well. As we know, some of Africa’s cocoa exports as well as mining industries have been accused of using unethical working conditions. There is also a colonial hangover, in which the French treasury still collects foreign currency reserves from its past colonizing countries. Somewhat as a response, 8 West African countries are planning to launch ‘Eco’, a regional currency that is symbolic of change. This shows the power that currency can have. 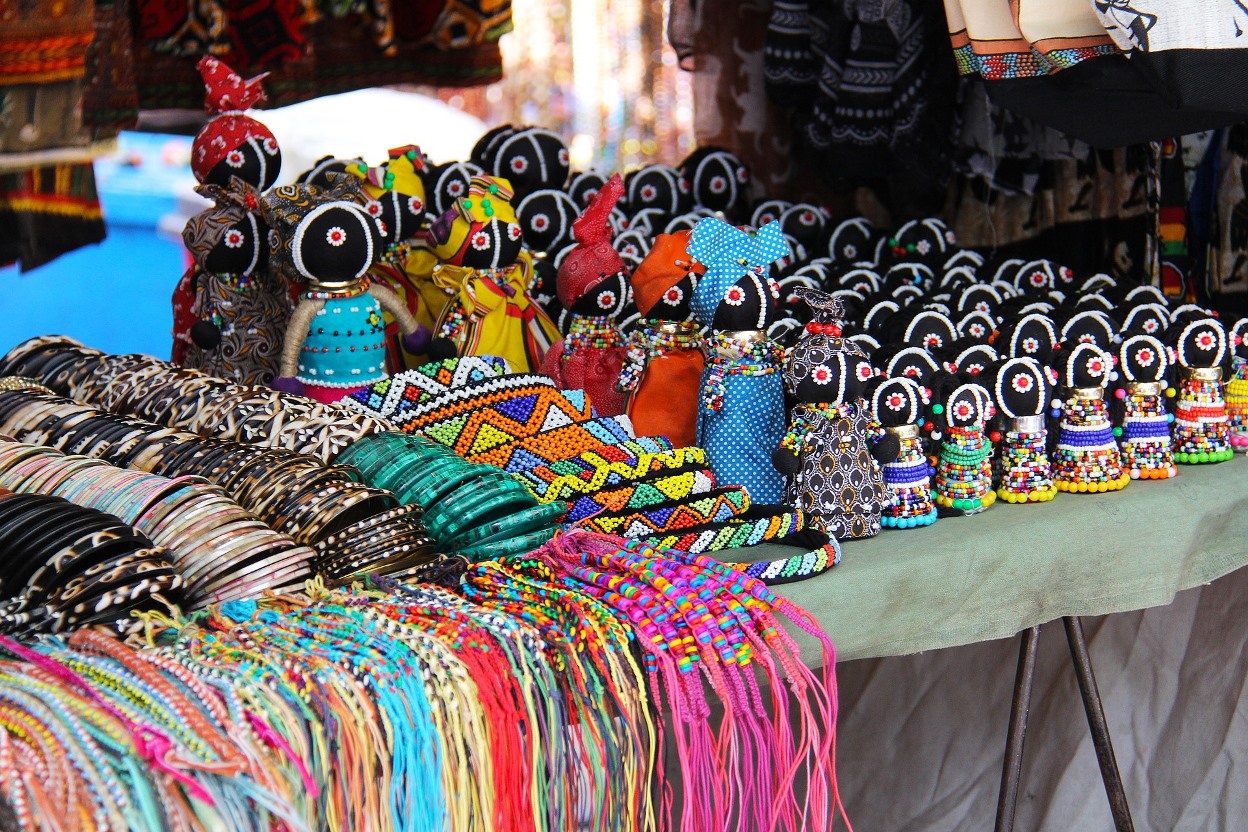 Money is flowing out of Africa

It’s not just western companies extracting their profits back out of Africa that is a concern, but African people leaving too. Business Insider’s piece on international transfers highlighted that around 52% of young Africans consider leaving their country, with reasons like inadequate healthcare and not having good job opportunities being the key reasons.

The piece also highlights that South Africa, one of the wealthier African countries, is suffering from wealth being transferred out of the country as opposed to in. South Africa has historically had very high-interest rates, which poses a few issues to the wealthy, with one being leveraged investment and property being very expensive. It’s also a reflection of the inflation issue, which is causing the Rand to fall steadily against the US Dollar. The long-term depreciation has been going since the 90s, when 3.5 Rand bought 1 USD, but today is closer to 18 Rand.

The importance of remittance

Despite Africa’s endeavors for a cashless society, around 57% of Africans still do not have a bank account. This makes transferring money abroad; be it for products, services, or receiving money for work, difficult. International money transfers are a big part of every open economy, but Africa in particular benefits from cash remittance, where the money is handed over in cash, and delivered to a different region also in cash. Even internally within countries, it can be common because of how vast the landmass is.

However, it is often the economies that do not already have infrastructure that are “too big to fail” like high street banks’ monopoly, which come up with innovations. It is that weakness that becomes a strength, that they’re better able to adapt, as we are seeing with the ‘Eco’ currency proposal and cashless projects.

As these solutions become more sophisticated, instead of wanting to leave Africa, more may want to job hunt online knowing they can get paid remotely. Again, low fees and frictionless transactions are pivotal, but with the globalization of the job market, Africa’s comparatively cheaper costs of living could again turn a weakness into a strength for some.

The economic outlook for Africa

Sub-Saharan Africa was seeing some good growth before the interruption of the global pandemic. And, just as rebound growth picked up again in 2021, 2022 has been a year of wars, energy crises, inflation, and instability in the western economies, which has again stifled growth in Africa. It is estimated that the Russian-Ukraine war might push almost another 2 million people into extreme poverty in Africa in 2022.

Swings in the exchange rate, global disruptions in the supply chain, and increases in global commodity prices have all resulted in inflation being over 10% in much of Africa. This means the near-term economic outlook for Africa is uncertain and fragile, but the likes of Botswana and Rwanda are showing strengthening relations with the west and are quickly developing. And, in 2023, forecasted growth is predicted to be higher than in 2022 for most countries; roughly going from 3.6% to over 4%, meanwhile, inflation is estimated to cool off.

With over 17% of the world’s population, yet only accounting for 3% of global CO2 emissions, it’s fair to say Africa is disproportionately (and unfairly) the victim of climate change, as temperatures rise to unhealthy levels, making it even harder to yield crops, as well as other extreme wealth, economic, and environmental events. Yet, up to 1.6 trillion is required from the wallets of African countries regarding their contributions to collective action against climate change, meaning a loss of between 5-15% of GDP to helping an issue they didn’t cause.

Yet despite this, investments in Africa are reaching new records in the post-lockdown world. Southern Africa has seen FDI increase tenfold to $42 billion, in part because of a share exchange between Naspers and Prosus in South Africa during 2021. However, a $4.6 billion clean energy project with UK-based Hive energy is taking place in South Africa, whilst Nigeria saw money from overseas double to $4.8 billion because countries are finding gas and oil alternatives now.

In summary, Africa’s global economic outlook is currently unstable – but it is worldwide, too. Africa is seen in a good light by many investors and buyers, where minerals are in abundance and commodities are in high demand. Climate change is a threat to Africa, for which global solutions and coordination are required. As for individuals and entrepreneurs, currency and remittance innovations are making intra-African economies more interconnected, as well as providing the better-educated younger generations the opportunity to work remotely for overseas companies, which will again bring in money from overseas.