Two friends who started their own mechanical workshop in Rustenburg eight months ago with one employee have already employed three more mechanics to keep up with the demand. 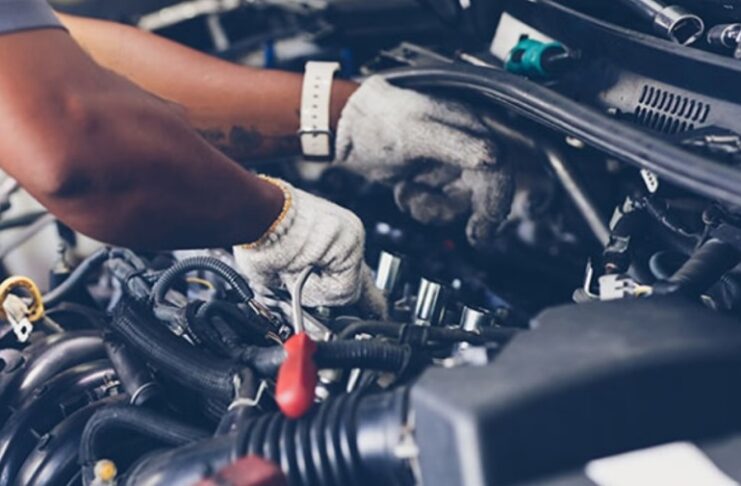 Stefan Coetzee and Natie Booysen’s friendship formed over close on a decade through their shared enthusiasm for cars and races, and culminated in opening BC Performance last year in the Business Partners Limited (BUSINESS/PARTNERS) complex of small industrial units in Rustenburg.

Stefan, who had been working for a local transport company for ten years after he left school, got a call from Natie one day to say that the Adco and ACD agency in Rustenburg was up for sale.

Adco is a franchise specialising in fuel-injection diesel engines while ACD, which is in the same group of franchises, is a car repair service. The Rustenburg franchisee wanted to sell their agency because they wanted to focus on their core business of mining supplies.

At the time, Stefan was working as a logistics manager for the transport firm, and as part of his job oversaw the firm’s workshop.

Stefan and Natie cashed in some of their investments to buy over the franchise. Fortunately they did not have to buy a whole workshop’s worth of equipment, as they simply took over the existing franchise’s machinery and tools, the cost of which is covered by their monthly franchise fee.

In September last year they moved into the BUSINESS/PARTNERS premises on the corner on Kock Road and Van Belkum Street. Their unit, which spans a shop-floor of 400 square metres and a mezzanine of offices of a further 200 square metres, had previously housed a nightclub.

They had little hassle converting the space into a typical car mechanical workshop. Typical, says Stefan, except for the fact that their premises are kept spotlessly clean.

The two entrepreneurs’ strategy was to start with one qualified mechanic and appoint more as the demand picked up. Since opening their doors, clients have been increasing every month, and today no fewer than four qualified mechanics work alongside Stefan and Natie, who don’t shy away from getting their hands dirty.

Stefan does most of the administration for the business while Natie adds to the business’s range by also working on car-building projects.

For Stefan, the business opportunity came at the right time, because he was looking for a change in his career. The only downside, he says, is the much longer working hours when you are building your own business, compared to working for someone else. But then again, it helps if you are doing something you love.