Investment in infrastructure is underway with several levels of government contributing to new and upgraded facilities in areas such as water, electricity, ICT, roads, transport, human settlement, airport, education and training.

The Musina-Makhado SEZ is located in the vicinity of the Beitbridge Border Post which is one of the busiest ports of entry to South Africa and a gateway to countries in the Southern African Development Community (SADC).

The MMSEZ has the potential to become an inland intermodal terminal, facilitated by its anchoring position along the North-South Corridor, and directly connecting to the country’s major ports through both the N1 highway and the Johannesburg-Musina railway line, for the trans-shipment of sea cargo and manufactured goods.

With many companies and countries wanting to decentralise and diversify their distribution hubs (either because of Covid-19 or potential unrest in some areas), there is an opportunity for the MMSEZ North Site as a potential regional inland port.

This enables duty-free trade within a growing market of more than 360-million people. All goods shipped under SADC Certificate of Origin receive duty-free status.

SADC enables duty-free trade within a growing market of more than 360-million.

The African Continental Free Trade Area (AfCFTA) has been agreed on by almost all African nations and holds the potential to change the nature and size of trading on the continent in profound ways. The MMSEZ, located in Limpopo Province, is strategically positioned to offer companies a perfect launching pad into a wide range of countries served by good logistics and infrastructure.

The burgeoning African middle-class is a global trend that economists are carefully watching. As more sophisticated infrastructure is rolled out across Africa, having a base with good connections via road and rail connectivity will be vital. Limpopo has all of that.

The burgeoning African middle-class is a global trend that economists are carefully watching. 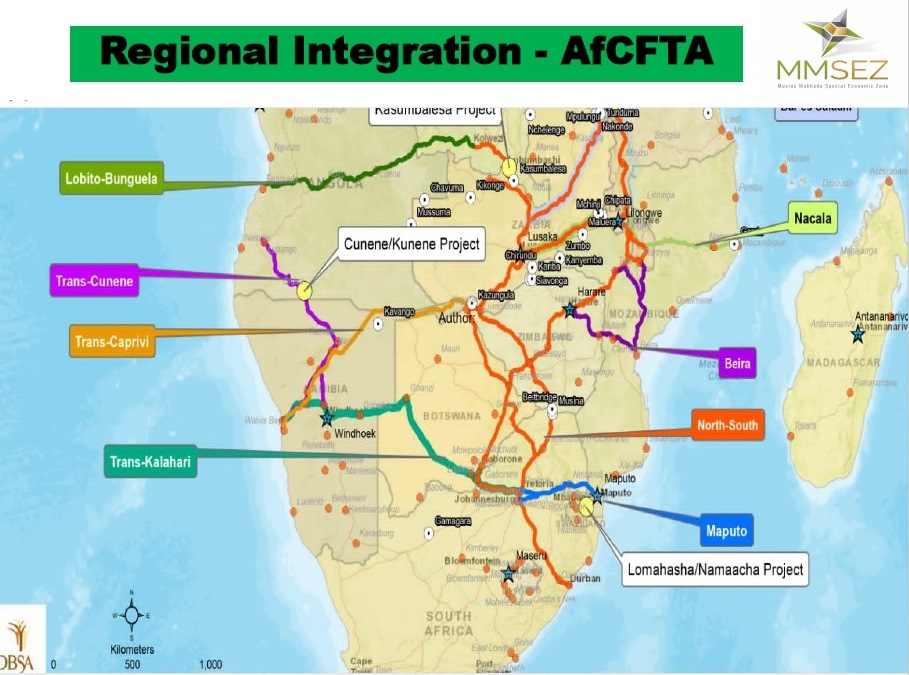 Improving and increasing intra-African trade will change the way countries do business and include a much broader range of countries and products into the global market. Foreign direct investment is expected to grow rapidly, as investment opportunities such as those on offer at the MMSEZ attract the attention of international companies and institutions. The World Bank and other experts have estimated that AfCFTA could:

The plan to build a coal-powered power station has been phased out.

A memorandum of understanding was signed in December 2021 with a Chinese investor to build a 1000 MW solar power plant. A pre-feasibility study for the project has been done. A project-based EIA application will begin after a site has been chosen and confirmed. 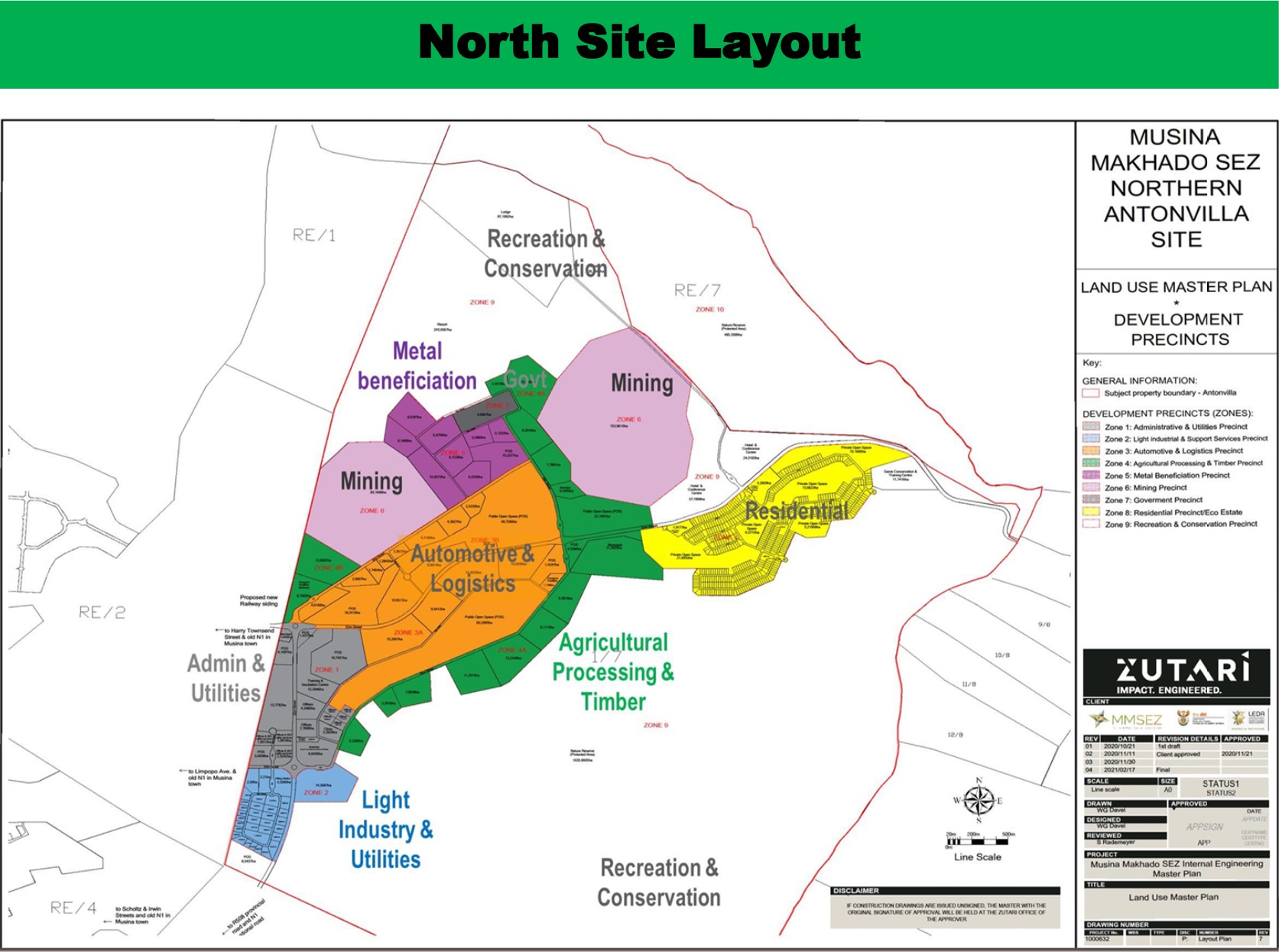 The environmental impact assessment (EIA) for the site has been approved, as has the engineering planning phase for bulk infrastructure. Infrastructure installation is envisaged to begin in the course of 2022.

The South Site’s EIA application was approved on 23 February 2022. The action plan in the post-EIA approval phase encompasses:

More from MMSEZ
ViaJournal of African Business Issue 4
Share
WhatsApp
Linkedin
Facebook
Twitter
Email
Print
Previous articleMoney inflows to and from Australia help us understand the future of the continent
Next articleEurope as a Service Market: Opportunities for South African companies
RELATED ARTICLES