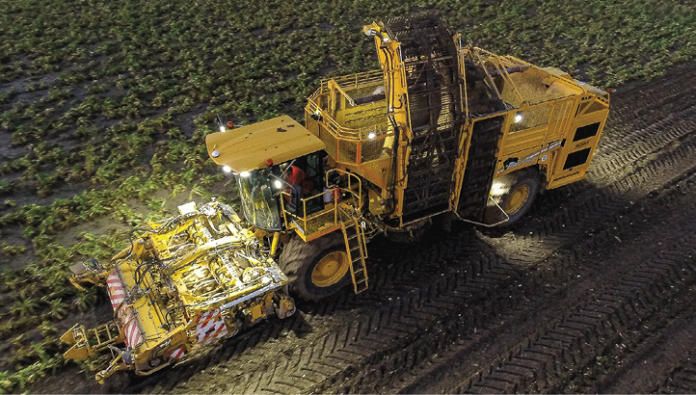 A Mount Frere-based agricultural co-operative in the Alfred Nzo district of the Eastern Cape is taking its fight to the “big guys” in its quest to enter the commercial agro-processing and meat production market.

The Matyeni Agricultural Co-operative which was established in 2012, last week launched a processing facility which produces livestock feed and maize meal with the backing of a R500,000 grant from development financier, the Eastern Cape Development Corporation’s (ECDC) Imvaba Co-operatives Fund. The co-operative has planted 300 hectares of maize with yield estimates at 4,5 tons a hectare when harvesting kicks off at the beginning of June. The co-operative has also planted cabbages, carrots, beans, pumpkins and spinach on a further eight hectares. It currently has 180 sheep, 53 cattle and 223 chickens.

“We are planning to increase maize production to 700 hectares and we are already in negotiation with the local Shoprite and Boxer stores to supply them with our processed maize meal and mealie bags. However, we need to increase supply in order to meet the demands of retailers. Currently we are shelling the maize and selling it to local shops in 10 kg up to 50 kg bags.

“The processing machine will allow us to process the rest of maize for livestock feed in order to improve the quality of our livestock that we sell as meat so that we can compete with commercial farmers,” says co-operative chairperson Walaza Mazule.

“We intend to supply the fresh produce market when it becomes operational. The existing Kei Fresh Produce in Mthatha is far which incurs transport costs,” Mazule explains.

Speaking at the launch of the processing facility on Friday, the MEC for Economic Development, Environmental Affairs and Tourism, Sakhumzi Somyo says the Eastern Cape government will go the extra mile to fund communities which show initiative and drive.

“An example of this is the Matyeni Agricultural Co-operative. This is exciting and exemplary organic production by our own communities, something which we must encourage and spread across the province in order for communities to drive their own development,” Somyo says. 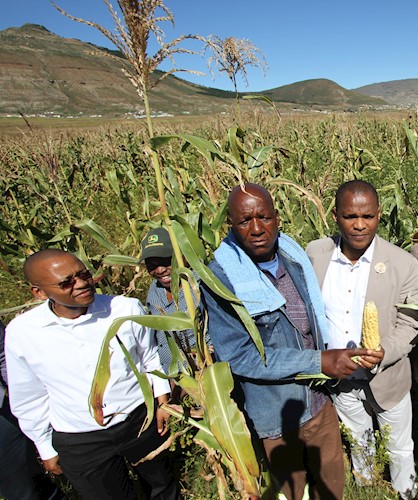 He says in order to improve the quality of their livestock to compete with commercial farmers, the co-operative decided to process a portion of their locally produced maize into animal feed. This processing has resulted in greatly improved livestock over a period of two years. However, for them to do the processing they had to travel over 140 km to Mbizana for the nearest processing plant.

“With the assistance of the Umzimvubu Local Municipality Local Economic Development Unit, they approached ECDC for assistance to establish their own mini-processing plant. After careful consideration of their application, assessment and site visits, the Imvaba Funding Committee approved an amount of R500,000 to purchase a hammer mill, a sheller and a three-phase generator in the absence of electricity in the area.

“Our view is informed by the knowledge that it is only beneficiation of primary produce that will lead to improved rural incomes. ECDCs role in this space is also a complementary one to the public and private sector partner who support primary production activities,” Ntshweni says.

Speaking at the launch of the livestock feed processing facility Ntshweni says the R500,000 is a fraction of the R80,7-million disbursed to 153 co-operatives since the Imvaba Co-operative Fund was established. Some R3,357-million went to seven potato producing co-operatives in the OR Tambo District Municipality last year alone.

“Besides ECDCs support to the Matyeni Agricultural Co-operative, ECDC also provided funding to seven potato producing co-operatives in the OR Tambo district to the value of R3,357-million in the last year. The funds were used to buy agricultural inputs such as fertilisers, seeds and pesticides. The seven co-operatives have planted 26 hectares of potatoes in this their first season. Initial yield estimates indicate a yield of 1,500 10 kg bags of potatoes per hectare at harvest at these co-operatives,” Ntshweni adds.

“We are also pleased with the partnership with Kei Fresh Produce Market which provides a market for the products of the potato producing co-operatives while linking them with distribution channels for their products. Industry association Potato South Africa and the Department of Agriculture, Forestry and Fisheries (DAFF) came on board to offer skills, training, mentoring and technical support to improve the competitiveness of the co-operatives so that they are able to compete with their commercial counterparts,” says Ntshweni.