Are you looking for a location that possesses abundant renewable energy sources such as solar, wind and hydro power as well as a growing bio-fuels industry? 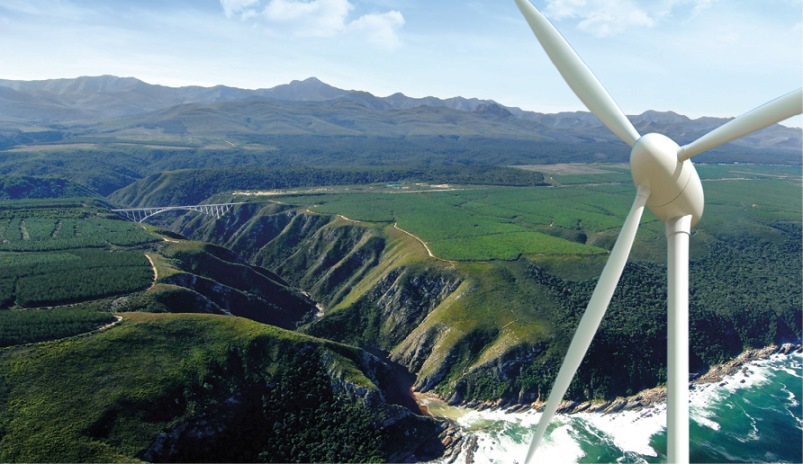 Look no further than the Eastern Cape Province, which has been awarded 15 wind farms and one solar farm in four bidding rounds of the REIPPPP (Renewable Energy Independent Power Producer Procurement Programme).

These farms represent a R32.7-billion investment value with installed capacity estimated at 1 480 megawatts. This is approximately 80% of Eastern Cape electricity demand. Seven of these facilities are already operational. Already, the Eastern Cape is host to Sub-Saharan Africa’s largest wind farm near Jeffrey’s Bay.

The Eastern Cape Development Corporation (ECDC) invites private investors to partner with government to exploit the province’s potential to generate 5 000 megawatts of energy from these sources. ECDC is currently investigating partnerships to exploit investment opportunities available in this sector. The Eastern Cape is ready to provide concrete support to investors who make the province their destination of choice for high-impact, high-value renewable energy projects.

The province’s support of the sector is also based on its development imperatives where it sees green industries as “the most promising emerging sector with significant linkages to the Eastern Cape automotive sector, rural development, agriculture and environmental management.” For example, the Eastern Cape’s original equipment manufacturers such as Mercedes-Benz South Africa and Volkswagen South Africa have Tier 1 and Tier 2 suppliers who have the technology to support the renewable energy industry.

In addition, the Eastern Cape government is leading the development of policy instruments aimed at creating the right climate and platforms for the growth of this sector.

Originally published in the 2016 edition of Eastern Cape Business, the premier business and investment guide to the Eastern Cape Province of South Africa.