The N8 Corridor is the focus of a range of initiatives which aim to improve connections, stimulate economic activity and improve the delivery of services and housing to Free State citizens.

The Free State capital city of Bloemfontein is well known for its central location. Three major national highways pass through the city: the N1 is South Africa’s main north-south connection, the N6 links Bloemfontein with a coastal industrial development zone in East London and the N8 connects the provincial capital with Lesotho’s capital, Maseru, in the east and the Northern Cape city of Kimberley to the west. While the first two roads carry significant amounts of cargo and are well-utilised, the N8 still has untapped potential.

The N8 Corridor is the focus of a range of initiatives which aim to improve connections, stimulate economic activity and improve the delivery of services and housing to Free State citizens, particularly to those who live in Botshabelo and Thaba Nchu.

A plan for the coordinated development of the N8 Corridor has been approved by a range of bodies and is being funded by the Development Bank of Southern Africa (DBSA) and the Mangaung Metropolitan Municipality. 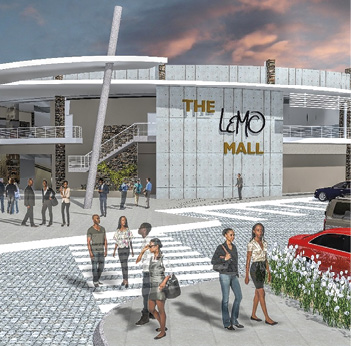 Within this are several projects including the ICC Precinct (hotel and convention centre in Bloemfontein), Bio-Medical Park, tourism infrastructure for the development of Naval Hill and the planned Airport Node.

The illustration (left) is a concept design for an office park at the Airport Node by the Paragon Group.

Existing infrastructure is being used as the hub for additional developments and schemes. Bram Fischer International Airport, the province’s major airport, is managed by Airports Company South Africa (ACSA). Facilities at Bloemfontein Airport are shared with Air Force Base (AFB) Bloemspruit, which serves the central region, and the SA Red Cross Air Mercy Service.

A project covering 2 000 ha and expected to cost in the region of R100-billion over several phases has been initiated at the airport. A development plan for the area has designated five precincts: Terminal, Boulevard, General Aviation, Airport Industria and Grasslands. The Road Lodge Hotel was built within this conceptual plan. A range of land uses beyond the hotel are envisaged, including warehousing, hospital care, commercial, service stations, conferencing, retail, motor vehicle dealerships, car rental, logistics hub and a showground.

New infrastructure in the form of the new Naval Hill Reservoir has been established to service the additional businesses and houses which the N8 Corridor development will create. The reservoir will ultimately have a capacity of 70 ML.

Power utility Eskom is to be approached with a view to rerouting the power lines along the N8 which currently inhibit development in the area around the Corridor.

Botshabelo has a manufacturing sector which employs more than 10 000 people in textiles, plastics and other sectors. However, the bulk of the employed population of Botshabelo commute to Bloemfontein every day, using buses or taxis. A number of factory buildings and parcels of publicly owned land in Botshabelo and along the N8 are either not used or under-utilised.

Close to 30% of the residents of the greater Mangaung metropole live in Botshabelo. Many residents are employed in the informal economy in the area. This is also true of Thaba Nchu, which is a short distance further down the N8 towards Lesotho.

An important part of the Mangaung Metropolitan Municipality’s most recent Integrated Development Plan (IDP) relates to reviving or stimulating the central business districts (CBDs) of the three towns in the metro.

Thab Nchu has a small central business district but mostly comprises 42 rural villages which fall under the Chieftancy of the Baralong boo Seleka of Thaba Nchu.

The opening of the Botshabelo Mall in November 2016 was a big event for the residents of the area and a significant step towards boosting the town’s CBD. The 21 000 m² facility is a joint venture between Khora Investments and STANLIB Direct Property Investments. Nine hundred jobs were created in the building phase of the R350-million project, with a further 1 100 jobs in the operational phase. 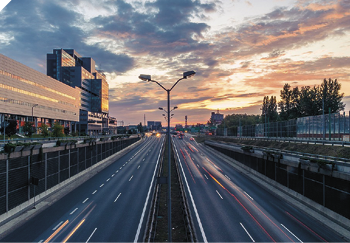 Large retailers, furniture stores and banks have established a presence at the mall, which is on the corner of N8 and the Main Road. Being able to shop at the mall means far less travelling on the busy road to Bloemfontein.

Efficiency, inclusion and sustainability are the three watchwords for planners in relation to all plans with regard to the CBDs of Botshabelo and Thaba Nchu.

The IDP includes a suggestion that the use of bridges be explored as a way of linking spaces within the city of Bloemfontein.

The 2016/17 IDP brings together the concept of the N8 Corridor with a number of important principles related to providing better housing:

For information about opportunities along the N8 Corridor, please send your detailed enquiry to the FDC (Free State Development Corporation).