A water supply and hydro-power project is underway on the Umzimvubu River, but many challenges in the water sector provide opportunities for solution providers in the region. 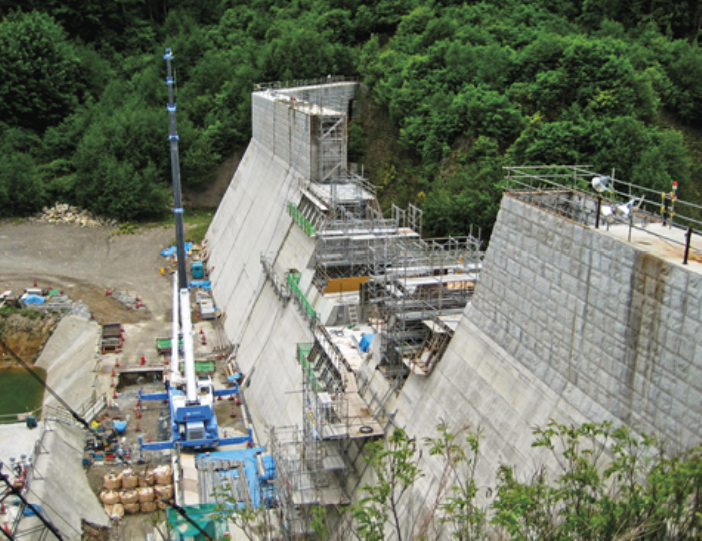 Water services are provided to the citizens of the Eastern Cape by 17 water service authorities which oversee 163 drinking water supply systems. Amatola Water and Eastern Cape municipalities are the primary providers of services.

Purification, desalination, water-leakage management and waste-water treatment are some of the problems facing the sector as a whole, and solutions are urgently needed. This is an important issue that entrepreneurs with good ideas would do well to tackle. According to Water Wheel magazine, 37% of water delivered to the nation’s municipalities is lost. This challenge presents an opportunity for companies who can find a solution, for example by providing better pipes and connections and smart metering.

A water supply and hydro-power project is underway on the Umzimvubu River. The R12-billion mega-project entails the construction of two multipurpose dams, Ntabelanga and Laleni Dams, on the Tsitsa River, which is a tributary of the Umzimvubu, to supply irrigated agriculture, domestic and industrial water requirements, and hydropower generation in the catchment area. The smaller dam at Tsitsa Falls will supply the hydropower element of the project.

The Umzimvubu catchment and river system stretches for over 200 km from its source in the Maloti-Drakensberg watershed on the Lesotho escarpment to Port St Johns. A large number of organisations and municipalities are in partnership to preserve the river system and surrounding catchment area. The river and adjacent forests, grasslands, thickets and dune vegetation are amazingly diverse but are threatened in various ways. The Umzimvubu Catchment Partnership Programme wants to find ways protect the environment while helping with poverty alleviation through the provision of water, erosion control and fodder for livestock and food security.

Inter-basin water transfers are the norm in South Africa. In the 1950s, the Orange River Project delivered water from the Orange River to citrus farmers in the far-away Eastern Cape. This project made the citrus industry possible in places like Addo.

Amatola Water manages bulk water infrastructure across 50 000 km², encompassing the district municipalities of Chris Hani and Amathole, together with portions of other municipal areas. Backlogs in rural areas and smaller municipalities are still prevalent, and this water authority is playing a key role in reducing and eradicating these inequalities.

Among the projects that Amatola Water is involved in are Nooitgedacht/Coega low-level project in the (Nelson Mandela Bay Metropolitan Municipality), the water and waste water infrastructure upgrade (King Sabata Dalindyebo), the Makana Right of Use project, the Ndlambe Regional Bulk Water Supply, the Nahoon-East Coast Bulk Supply Pipeline and the upgrades of several Amatola Water plants.

The long-term drought that afflicted South Africa brought several responses from the Department of Water and Sanitation (DWS). These included siphoning water 530 km away from Katse Dam in Lesotho to Aliwal North, obtaining a total of 10 giant water tanks (18 000L capacity) and refurbishing 25 boreholes in Mbashe, as well as the stockpiling of water in Mdantsane in Buffalo City. These water shortages have led to the development of the Eastern Cape Water Master Plan in an effort to alleviate the drought situation in the province.

In the 2016 new financial year, DWS approved a budget of R6.09-million, which includes the Hyacinth project. The invasion of the aquatic weed needs to be controlled and, if unchecked, will disrupt water systems throughout the province. Importantly, clearing water hyacinth can provide significant volumes of biomass for the creation of alternative bioenergy.

The Eastern Cape Development Corporation is helping the Makana Municipality in terms of the Integrated Social Infrastructure Delivery Programme (ISIDP). With the city of Grahamstown housing many schools and a university (and the National Arts Festival), the Makana Water Crisis Intervention Project was seen as strategically important.

The Nelson Mandela Bay metropole currently gets its water from 10 dams, six of which are owned by the municipality. The Churchill and Impofu Dams supply half the total supply, with the latter dam having a full storage capacity of 105-million cubic metres. The municipality maintains about 3 000 km of reticulation water mains and about 650 km of bulk-water pipelines. Nelson Mandela Bay Municipality operates six waste-water treatment works.

The Rhodes University Institute for Water Research is one of several institutions in the country that conducts research into water quality. A lot of the institute’s funding comes with project-related grants from the national Water Research Commission, some students receive funding from the Carnegie Foundation and Unilever sponsors the Unilever Centre for Environmental Water Quality, a unit within the institute.

The Water Institute of South Africa has 1 800 members. It does research, keeps its members up-to-date and runs conferences. As in most areas of life in South Africa, environmental standards are set and maintained by the South African Bureau of Standards (SABS).