Pump, valves and pipes manufacturers exhibiting in Johannesburg are told their products are vital to the future water supply that will drive economic growth. 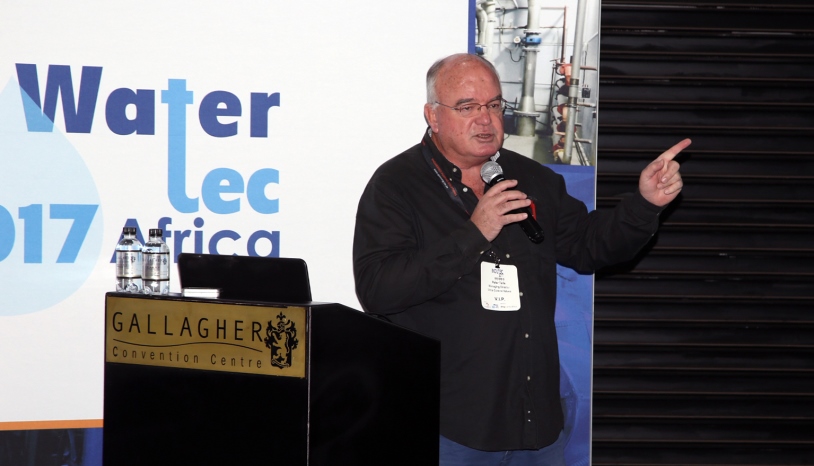 The conference agenda set the tone for the second day of INDUTEC  2017 in Johannesburg today as the preservation of this vital resource became the focus.

As visitors began arriving, many were drawn to the second day of the PVP Live conference, whose first speaker was Peter Telle of Ultra Control Valves talking about reducing water loss.

Peter Mango, Sales Manager of MI Power said there were huge benefits to using solar power in areas where supply might be unreliable.

“We have already met potential clients here at INDUTEC, and they were showing great interest in the pump alongside our existing borehole submersible pump,” he said. It can also be used to maintain old unused mining shafts with flow rate of up to 700,000 litres an hour.

Sustainable pumping solutions is one positive for the future but maintaining the region’s water supply is vital for economic expansion.

Leaks are a part of every water, or fluid, supply system in the world, but in southern Africa, the losses take on greater importance following three years of drought.

In South Africa, most of the country has faced some restrictions in recent months and in Cape Town real dam levels are at just 12 per cent and the authorities are set to implement an upgraded ban on external drinking water supply within weeks. 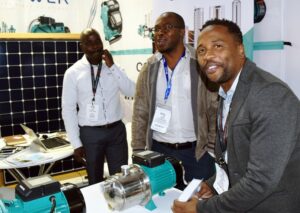 Peter Telle explained in simple language how pressure can be reduced in three different ways and while pressure reducing valves (PRV) are the natural choice they only really operate at a 3:1 ratio (reducing pressure for example from 12 bar to 4), but sometimes that’s not enough, he said.

There are four or five pump brands on sale in South Africa, some operate by a timer, others by detecting changes in demand and alter flow automatically. They cost around Rand 50,000 ($3,700) but they are maintenance intensive and he said maintenance was “too complicated for African conditions”.

He showed the audience how a simpler system could work well in developing nations to reduce water loss through leaks and talked about a new acquired ratio valve (ARV) with no controls and a Maric flow valve, which is able to operate with soiled water.

His session acted a taster for the third day and final day of INDUTEC 2017, which hosts a one-day conference focused on preserving southern Africa’s supplies

To ensure future investment in the country and the growth of the economy, it is vital that southern Africa offers a reliable water supply to ensure foreign investment and financing improvements in supply.