HomeCompany NewsWhy is it important to grow manufacturing?

Why is it important to grow manufacturing?

Challenges facing the sector and other pertinent topics relating to Manufacturing in South Africa and the continent will be considered, evaluated and debated at the upcoming prestigious Manufacturing Indaba conference in June. 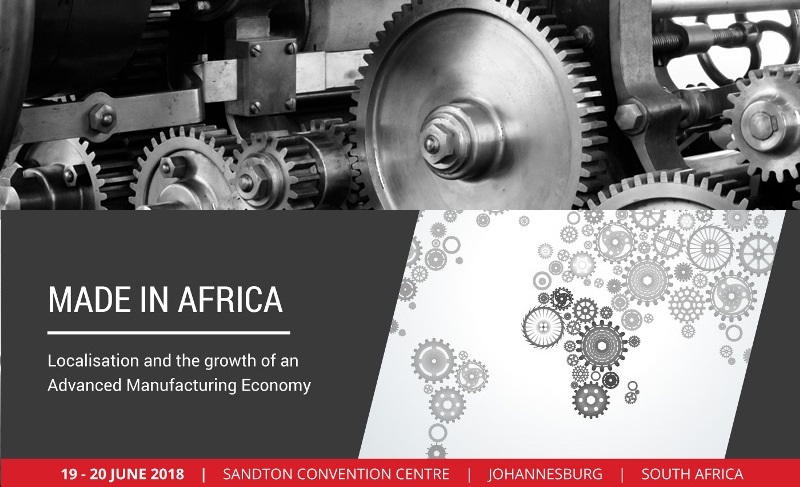 Manufacturing Indaba will take place at the Sandton Convention Centre in Johannesburg on the 19th and 20th of June 2018 and will be facilitated with the collaborative backing and strategic partnership of the Department of Trade and Industry (the dti) and the Manufacturing Circle, a corporate association of manufacturers.

One of the aspects of the conference will be to focus on South Africa’s manufacturing as a fundamental driver of GDP growth and associated with direct employment, as many services sectors are likely to increase their employment capacity on the basis of an increased GDP.

Newly elected President Cyril Ramaphosa delivered his maiden State of the Nation Address (SONA 2018) and alluded to addressing the decline over many years of South Africa’s manufacturing capacity, which has deeply affected employment and exports. As a result, poverty levels have risen, economic growth has weakened, with the President stating that it has become imperative to re-industrialise on a scale and at a pace that draws millions of job seekers into the economy. Unemployment levels have risen due to looming investment downgrades; hence he emphasised the need for a focus on local manufacturing and production.

Nicholas Kaldor (Zalk, 2014) developed a set of hypotheses to explain the central role of manufacturing in the process of economic development. He contended that manufacturing reveals a unique characteristic: the capacity to generate ‘dynamic increasing returns’, displaying a positive correlation with GDP growth while other primary and tertiary sectors generally do not. That is, indicating that the faster the rate of growth of output in manufacturing, the faster the rate of growth of both manufacturing and economy-wide productivity (Thirlwall, 1983, as cited in Zalk, 2014). Thus, clarifying that manufacturing is the core driver of GDP growth and employment while other sectors, particularly many services sectors are only likely to grow on the basis of the growing demand derived and resulting from an increasing GDP. Therefore, growth and employment in most services sectors follow rather than lead growth in GDP (Zalk, 2014).

In accordance with the vital importance of this sector’s encouraged growth, the President undertook to promote greater investment in key manufacturing sectors through the strategic use of incentives and other measures. Accordingly, and further stimulating manufacturing by forging ahead with the localisation programme, through which products like textile, clothing, furniture, rail rolling stock and water meters will be designated for local procurement. Ramaphosa also reiterated that the country had spent more than R57 billion on locally-produced goods that otherwise might have been imported from other countries.

The Industrial Policy Action Plan (IPAP) 2017/18 – 2019/20 report as part of the National Development Plan (NDP) 2030 outlines sector specific goals and a vision for South Africa to be achieved by the year 2030 and referred to inherent structural challenges within the economy that remain difficult to overcome. These challenges include weak growth and domestic demand reflecting and contributing to persistent unemployment, resulting in unsustainable race and gender-based inequality and rural marginalisation. Value-add in manufacturing lagged behind the economy as a whole from 2008, and investment in manufacturing has declined since the global credit crisis. The IPAP report also indicated that investment as a share of GDP is also below the 25% level required for sustained economic expansion.

In light of this aspect, Ramaphosa at SONA referred to the special economic zones that will remain important instruments that SA will use to attract strategic foreign and domestic direct investment and build targeted industrial capabilities in order to establish new industrial hubs. He also emphasised that the process of industrialisation must be underpinned by transformation, and that through measures like preferential procurement and the black industrialists programme, a new generation of black and women producers will be able to build enterprises of significant scale and capability.

In light of this objective industrial financing and incentive support has played a key role in supporting private sector investment and black economic empowerment in critical industrial areas. Another example and a high point of 2016/7 has been the Automotive Investment Scheme with R8.7bn on investment leveraged through 2 new projects with an estimated investment value of R548.9m, projected to create 1 140 jobs. Included in this buoyant mix is the Manufacturing Competitiveness Enhancement Programme (MCEP) which has reopened a R1bn loan component with 270 projects supported, and R8.24m disbursed thereby supporting R3.38b of investments & 62 2353 jobs.

Bearing these examples in mind, and Ramaphosa’s affirmation at SONA that, “…at the centre of our national agenda in 2018 is the creation of jobs, especially for the youth”, Philippa Rodseth, executive director, Manufacturing Circle (2016, in The importance of Manufacturing for SA’s economic growth), stated that in order to promote a resilient, sustainable manufacturing environment, three goals were identified in order to secure the long-term sustainability of South Africa’s manufacturing industry.

Therefore, these following aspects will ultimately contribute to the economic growth of the country:

These issues and other pertinent topics relating to Manufacturing in South Africa and the continent will be considered, evaluated and debated at the upcoming prestigious Manufacturing Indaba conference in June, in this year of “hope and renewal.”

Zalk, N. (2014). What is the role of manufacturing in boosting economic growth and employment in South Africa. http://www.econ3x3.org/article/what-role-manufacturing-boosting-economic-growth-and-employment-south-africa