HomeCompany NewsWhat does the economic future of the Free State look like?

What does the economic future of the Free State look like?

A brief look at the current and future economy of South Africa's most central province. 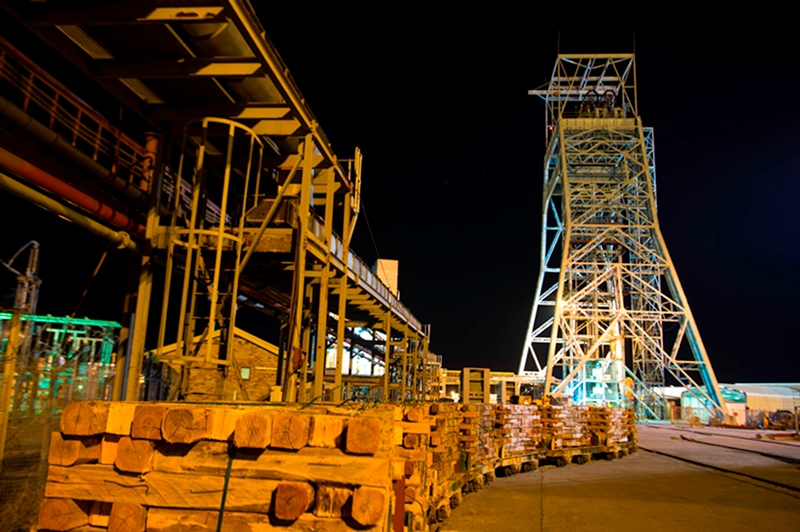 The Free State shares borders with six other provinces and the Mountain Kingdom of Lesotho. A summer-rainfall region with a mean annual rainfall of 532 mm, the Free State’s climate, soil types and topography vary greatly within the province, with plains in the west and mountains in the east. The western and southern areas are semi-desert, with some Karoo vegetation occurring in the south. The Orange and Vaal rivers define the southern, western and northern borders of the Free State.

Five major national highways intersect the centrally located province which is also well served by rail and air links. The N8 highway extends westwards to the Northern Cape capital of Kimberley, and several projects are planned to leverage the advantages of this busy route.

The Maluti-A-Phofung Special Economic Zone (SEZ) takes advantage of the strategic position Harrismith holds in the Free State’s north-eastern corner. The N3 highway carries large volumes of cargo between Gauteng and the ports of KwaZulu-Natal so it is logical that the first focus of this SEZ is logistics. Another logistics axis extends between Harrismith and Bloemfontein for the delivery of products by rail and road.

Special rules apply within an SEZ, including more liberal taxation for companies that invest in the zone (15% corporate tax applies, as opposed to 28%). Other benefits include a building allowance, employment incentives and the fact that an SEZ is a customs-controlled area.

The Bram Fischer International Airport in the provincial capital city of Bloemfontein is the site of a multi-phase industrial and commercial development. Two leading universities (the University of Free State and the Central University of Technology) have several campuses across the province.

An important pillar of the economy of the Free State, the chemicals and fuels hub at Sasolburg, is modernising and expanding. International fuel, gas and chemicals company Sasol regularly invests in new technologies and in expanding production of its various products.

The Provincial Government of the Free State has hosted two events targeting foreign investors, called the Free State Global Investors Trade Bridge. In 2016 the first Free State/Madeira Flower Festival took place in Parys. This is a first step in creating links to export markets in floriculture and horticulture.

Mining and agriculture were for many decades the bedrock of the Free State economy. The north-western part of the province sits on top of a rich gold-bearing reef more than 400 km long, known as the goldfields region. South Africa is the world’s largest gold producer, and the country’s largest gold-mining complex is Free State Consolidated Goldfields, with an area of 330 km². Gold-mining volumes are down and some towns are having to adjust to changed economic profiles. Diamonds are also found in the south of the province.

Large percentages of South Africa’s agricultural production, particularly grains, originate in the Free State. Sorghum, sunflower, wheat, maize, potatoes and groundnuts come from the fertile plains of the western and northern Free State, while the valleys of the east produce almost all of South Africa’s cherries and asparagus. Livestock and flowers are other important agricultural products.

Although agriculture and mining remain the mainstays of the provincial economy, diversification and expansion through initiatives such as Special Economic Zones (SEZs) are key to the future of the centrally located province. The official launch in April 2017 of the Maluti-A-Phofung Special Economic Zone was thus a significant event for the provincial economy’s future shape. The 1 000 ha site will have four zones: agri-processing, light industrial, heavy industrial and a container terminal.

The Free State also wants to create more value-added goods out of raw materials. This applies to agriculture (in which the Free State enjoys great riches) and minerals. Five agri-parks are planned in each of the Free State’s district municipalities which will boost production so that more produce is available for beneficiation. Within these parks, support for rural smallholders will be available in terms of equipment hire from a central source, storage facilities, packaging of produce and getting products to market. The use of small towns such as Cornelia, Tweeling, Excelsior and Tweespruit as hubs under the Comprehensive Rural Development Programme (CRDP) will boost the rural economy and provide opportunities for investors.

Newly discovered natural gas and helium fields are said to have proven reserves of 25-billion-feet³ and Afrox has become the first of what may soon be a string of investors exploiting this resource. Afrox is a subsidiary of the Linde Group of Germany and has signed a deal with renewable energy company Renergen. A R200-million helium extraction plant will be built, to be ready in 2019.

Sasolburg, an important petrochemical site in the Free State, recently fired up a new power plant running solely on gas. This power plant is the largest of its kind in Africa. The plant produces 140 MW of power for the usage of Sasol’s chemical factory adjacent to the site, and feeds into the national grid.

Eskom’s Ingula pumped storage project scheme, bordering KwaZulu-Natal, has started delivering power. Of the five projects that have been approved in the Free State so far in terms of the country’s Renewable Energy Independent Power Producers Procurement Programme (REIPPPP), two are small hydro projects and there are several solar projects.