From providing water for an attempt on a world land speed record to laying on bulk water facilities for small rural municipalities — national, provincial and local authorities have a wide range of challenges to overcome in ensuring that life is sustained, and economic activity can thrive.

The dry area around Hakskeenpan in the Northern Cape is ideally suited to driving vehicles fast, but the world record land speed attempt is going to attract big crowds (and large technical support teams) and so a special effort has been made to provide infrastructure that will make sure that a reliable water supply is on tap. This investment will also secure the venue as a future site of similar open-air events or competitions.

Six municipalities in the Northern Cape have been identified for the eradication of informal settlements. A major obstacle in the municipalities of Sol Plaatje, Phokwane, Tsantsabane, Dawid Kruiper, Gamagara and Ga-Segonyana is the lack of bulk water and sanitation facilities. Ring-fenced funding in terms of the Division of Revenue Act has been approved.

Two projects being run by the Provincial Government of the Northern Cape in conjunction with national government departments relate to water. Solar water heaters are being provided to residents of the Sol Plaatje Municipality and training for maintenance and repair is also being offered by the National Department of Energy. The National Department of Public Works is running a Shared Water Efficiency Programme on 30 Northern Cape provincial government properties. The provincial government has adopted a Climate Change Adaptation Response Strategy.

Water assets in the province

Two of South Africa’s great rivers meet in the Northern Cape at a point south-west of Kimberley. After absorbing the Vaal River, the Orange River continues westwards to the Atlantic Ocean and provides the basis for agriculture all along its path.

North of Kimberley, the confluence of the Vaal and the Harts rivers encompasses one of South Africa’s most intensely irrigated areas. The Vaal-Harts irrigation system is one of the most productive in the country, covering about 38 000 hectares with a variety of crops. Various water users’ associations (WUAs) representing particular areas (such as the Vaal-Harts) are recognised by the national water authority.

But many parts of the province are dry with sections of the north and north-west classified as semi-arid and arid. The southern Kalahari Desert receives rain (sometimes a lot of rain in a very short space of time) but the fact that mining is a primary economic activity in the dry regions of the province presents many challenges. The town of Kuruman is an exception in that it has a natural and prolific spring, the Eye of Kuruman.

The National Department of Water and Sanitation is consolidating the country’s water boards into nine regional water utilities. Some boards have merged to create new entities while others have extended their area of supply. Sedibeng Water now offers water supply services across three provinces, including most of the Northern Cape.

Sedibeng Water’s Central Laboratory, based at Balkfontein near Bothaville, is a SANAS-accredited facility. A new laboratory has been built to monitor the quality of water at the revamped Vaal Gamagara scheme. The laboratory’s four sections cover Instrumentation, Wet Chemistry, Sewage and Microbiology. When the laboratory gains SANAS accreditation, it will be the first in the province to have such a rating.

The Vaal Gamagara and Namakwa bulk water supply projects hold the key to boosting the mining sector and laying the foundation for expansion in outlying districts. The projects will give additional security to mines, businesses and households in the target areas.

Engineering group ELB Group has been appointed by Vedanta Zinc International to do a wide range of jobs at its new Gamsberg project. This includes laying a water pipe from the Orange River to the mining company’s processing plant.

The town of Springbok has been plagued by water supply problems for several years, with pipes failing on a regular basis. The copper mining company that used to see to water delivery operations in the area has closed down. The Namakwa water project will deliver water to about 11 000 households. Twenty-two villages in six municipalities will benefit from the Vaal Gamagara Refurbishment and Upgrading Project.

The existing scheme, run by Sedibeng Water, supplies about 22-million m³ of water to industry, mines, agricultural enterprises and domestic users, but demand is growing. Existing manganese and iron ore mines near Hotazel and Kathu are heavy water users and if any new mines are to be considered in the area, a reliable water supply is needed.

The cost of the project, which falls under the National Department of Water and Sanitation, is R18-billion.

Sedibeng Water has been selected as the implementing agent for the project and it will work with the Kgalagadi Joint Venture. Once the project is complete, the scheme will be able to deliver water to neighbouring country, Botswana. 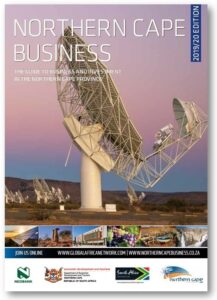 Funding sought for upgrade and repair of established logistics facilities

September 15, 2019
Additional funding of R2-million is sought for the upgrading and minor repairs of existing facility in Special Economic Zone.

October 16, 2020
The NCMIC Project is anchored around steel manufacturing, while allowing for other related industries to be located in the Cluster.

September 14, 2020
There are opportunities to rent factory space at Free State Development Corporation properties in Botshabelo, Phuthaditjhaba and Industriqwa.

July 14, 2020
Opportunities exist in the supply and/or production of high quality Personal Protective Equipment and other products, from non-woven fabrics produced at spunbond factory in the Northern Cape (South Africa).
- Advertisement -