Background information and vision of the Breede-Gouritz Catchment Management Agency. 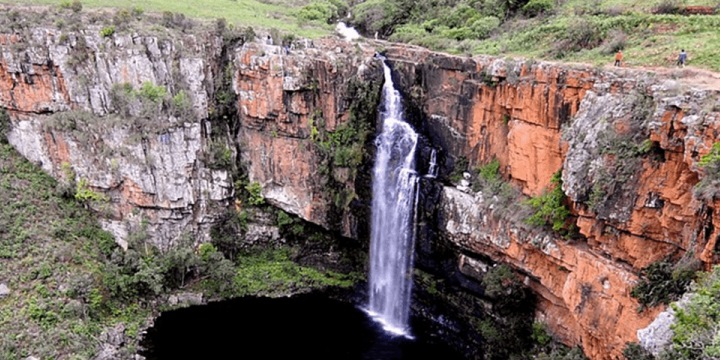 The Breede-Gouritz water management area (WMA) is the result of the amalgamation of the Breede WMA and the Gouritz WMA. The new WMA is bounded by the Indian Ocean to the south, what will be the Berg-Olifants WMA to west, the Orange WMA to the north and the Mzimvubu-Tsitsikama WMA to the East. It largely fall within the Western Cape Province, with small portions of the upper catchment of the Olifants River falling in the Eastern Cape Province, and tiny portions of the upper catchments of the Gamka and Groot Rivers falling in the Northern Cape Province.

There are two large rivers within the WMA, the Breede and Gouritz Rivers. The Breede River, with its main tributary the Riviersonderend River, discharges into the Indian Ocean. The Gouritz has three main tributaries, the Groot, Gamka and Olifants Rivers. There are a number of other smaller rivers in the WMA, the Touws, Duivenhoks, Goukou, Hartenbos, Great Brak, Kaaimans, Knysna and Keurbooms ,

The Table Mountain Group (TMG) Aquifer holds significant potential and has been investigated and developed by the Overstrand Municipality, the Koo WUA and potential by Oudtshoorn as an option to augment their existing sources of bulk supply. The TMG aquifer situated within the Hottentots-Holland, Franschoek and Du Toit’s mountain ranges that divide the Breede-Gouritz WMA from the proposed Berg-Olifants WMA are also being evaluated to augment the bulk supply for the Western Cape Water Supply System (Greater Cape Town).

In the Little Karoo poor quality brackish groundwater (generally unfit for human consumption but supportive of livestock) is associated with Bokkeveld and Cretaceous (Uitenhage Group) aquifers, whilst the quality of water in the primary alluvial aquifers is variable. The regional flow regime, storage capacity, recharge and discharge patterns of the Peninsula and Skurweberg (Nardouw) aquifers in a north-south corridor between the Outeniqua and Swartberg ranges, centred around the town of Oudtshoorn in the Olifants River valley are being evaluated. In the Great Karoo, around the towns of Prince Albert and Beaufort West, the exploration and potential extraction of deep lain earth gasses through a process of fracking are investigated.

The vision of the Breede-Gouritz Catchment Management Agency (BGCMA) was developed around the question of how the BGCMA can make a positive contribution and engender meaningful change within a broader social context. The main elements of the vision are inclusion and participation (of all stakeholders), mediation (between competing environmental and human priorities), ensuring availability of good quality water and a responsibility to assist in eradicating poverty. The vision statement that succinctly summarises all these elements is:

“Quality water for all, forever”