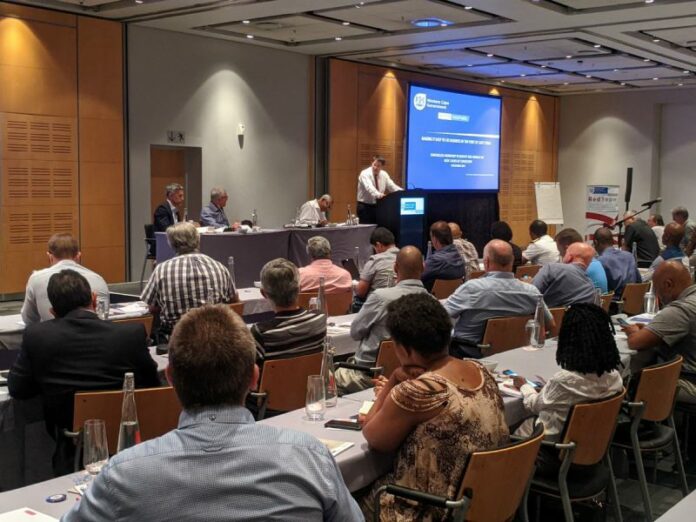 We are concerned by the significant issues at the Port of Cape Town particularly with regards to congestion at the container terminal. These issues are impacting on the costs and efficiencies of the logistics and export industries, and are impeding economic growth and job creation in the Western Cape.

To address these issues, on Thursday, 5 December the Department of Economic Development and Tourism convened a meeting at the Cape Town International Convention Centre with key stakeholders representing the entire Port logistics chain, from exporters and importers, to trucking companies, the respective divisions of Transnet, Navis, SARS and shipping lines, as well as representatives from the City of Cape Town.

At the meeting the Department of Economic Development and Tourism presented on the root causes of congestion, including institutional matters, port capacity, and the traffic flow of trucks carrying containers into and out of the Port.

Selected representatives from the port logistics chain, including Transnet National Ports Authority, Transnet Port Terminals, Navis, and two shipping lines were invited to present their analysis and recommendations on the congestion issues, and further discussion was held with all stakeholders to achieve broad consensus.

The urgency of addressing the congestion issues at the Port of Cape Town was agreed by all, and a task team was nominated, comprising of ten senior representatives from the entire port logistics chain.

To demonstrate this urgency, I have requested the task team to meet within two weeks and to implement the first remedial actions within three months.

The task team have ten priority issues to deal with, ranging from a shortage of cranes to traffic flows and effective communications throughout the logistics chain. Synchronisation of working hours in the logistics chain will also be addressed.

For example, where the global standard is three to five cranes per ship to load containers, the average number of cranes per ship at the Port of Cape Town is 2.5 for the year to date. The impact is an additional delay of at least three days in port per ship. With 510 vessels calling at the Cape Town container terminal in the past year, this implies a total loss of 1,530 ship days per year due to congestion.

The stakeholder group will be reconvened at an appropriate time during 2020 to provide feedback on the progress of the Task Team and to expand the scope of remedial action beyond the container terminal at the Port of Cape Town.

Growing exports, primarily through trade promotion and the removal of obstacles to exports, is a critical lever in our strategy to grow the economy and create jobs in the Western Cape.

While we have done more than any other province over the past ten years to promote economic growth and to create jobs in the Western Cape, there is still much work to be done.

This meeting was the start of what will be a strong working relationship, particularly with the Port Manager, Mpumi Dweba-Kwetana, as we work together to build strong partnerships with all the stakeholders invested in the Port of Cape Town so that we can find solutions to the challenges we face.