I am pleased to announce that the Saldanha Bay Industrial Development Zone (SBIDZ) has signed three new investment agreements worth R300-million, bringing the total number of signed investors to eleven. The SBIDZ has also recently launched several new developments. This will contribute to the growth of the economy and create jobs in the West Coast region and I want to congratulate CEO, Kaashifah Beukes and her team for the excellent work done to make these a reality.

Construction has started on the first investment project – a specialised corrosion protection facility – and building plans have been submitted for an additional two investment projects involving specialised manufacturing and fabrication, as well as partial assembly and manufacturing of components which are currently being imported into South Africa.

The SBIDZ also has a robust investor pipeline that continues to grow, not only in manufacturing and warehousing facilities, but also in new-build port infrastructure. Several private investors have undertaken, at their own cost, bankable feasibility studies that demonstrate demand for repair, maintenance and equipment servicing facilities linked to the Oil & Gas and Marine Services sectors, and we look forward to announcing these investments very soon.

The Saldehco Offshore Supply Base in the Port of Saldanha Bay is one such investment that has made good progress, with construction on the facility due to commence in Q4 2020 pending completion of design development and necessary statutory approvals. This facility will offer internationally competitive services to vessels passing along our coastline, as well as to projects looking to undertake surveys, exploration and production activity on the West Coast.

The SBIDZ has also started construction on the Access Complex Building – a 5 ha state-of-the-art commercial office facility – that is due to be completed in April 2020.

The existing temporary Project Leasing Facility is another development by the SBIDZ that already delivers value in assisting with strategic government energy projects. The 6.5 ha facility located in the south-east property, accommodates projects with a duration shorter than 24 months assisting tenants with an easy-to-access facility near the port infrastructure.

Both these facilities will support investment in the SBIDZ, and have received significant backing from the Department of Trade and Industry. The Project Leasing Facility is currently assisting the Transnet National Ports Authority with temporary storage for wind blades, nacelles and tower sections in support of the national Renewable Energy IPP Programme (REIPPP) and we anticipate more projects related to REIPPP in 2020, along with several Oil & Gas projects linked to equipment certification and maintenance.

These investments in the SBIDZ will not only create jobs through the construction of the tenant facility, but as these projects open their doors, there will be more opportunities for jobs in the Oil & Gas, Maritime Fabrication and Repair industries and related support services industries, making the SBIDZ a vibrant hub of opportunity, job creation and sustainable growth for the Western Cape.

The SBIDZ has long been recognised as an important catalyst for growth and job creation in the West Coast region, and this vision is quickly becoming a reality. That is why we remain committed to working with all stakeholders to convert the interest from investors into fully operational infrastructure and facilities that support this vision for economic growth and job creation in Saldanha Bay, the West Coast and the Western Cape. 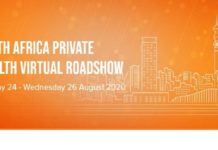 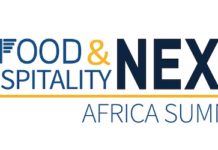 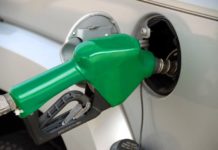 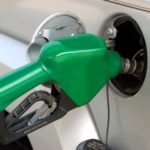