It’s hard to avoid references to a phoenix while thinking about a deal being inked on Tuesday that will turn industrial waste into a pearly white pigment ... and put hundreds of people to work. 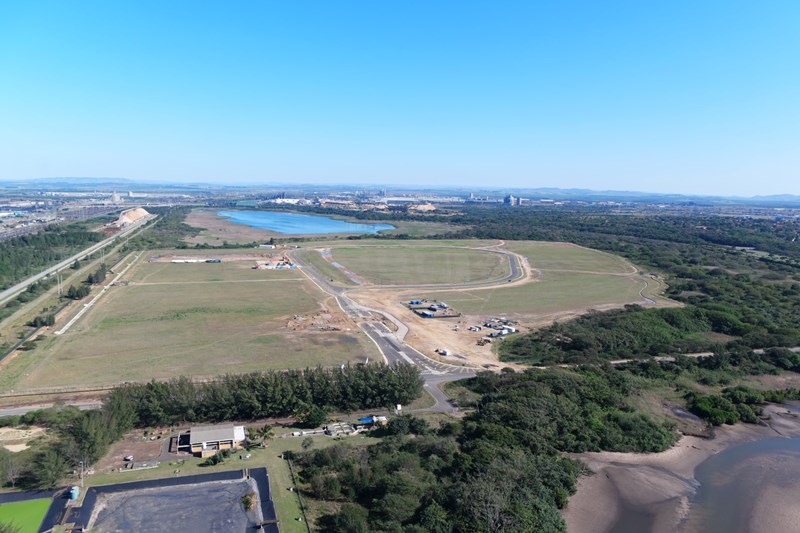 A technology partnership between Johannesburg-based Nyanza Light Metals and Avertana of New Zealand will lead to the construction of a R4-billion plant in Richards Bay where titanium dioxide pigment (TiO2) will be produced from slag.

Unlike the beautiful bird born from ashes, this is not mythical. This is a gritty real life story in which a plant in the Indian Ocean port city’s industrial development zone will use stockpiled waste steel slag to create titanium dioxide pigment; the most widely used white pigment in the world.

Due to its unique “opacifying” and whitening capabilities, Nyanza said, TiO2 is used in everything from paints and coatings to cosmetics, foods, papers and plastics.

There is no shortage of raw material either.

Evraz Highveld Steel and Vanadium has stockpiled the slag since 1965 and has about 45 million tonnes of it, equating to about 200 years of project life. A statement from Nyanza, whose main shareholders are private equity companies Arkein Industrial Holdings and Mauritius-based DBF Capital, said TiO2 pigment is the most widely used white pigment because of its brightness and very high refractive index.

“When deposited as a thin film, the index and colour make it an excellent reflective optical coating for dielectric mirrors and some gemstones like ‘mystic re-topaz’,” the statement added. This project will add shine well beyond physical products.

About 550 permanent jobs and 1 200 indirect jobs are anticipated when the plant is fully operational, with 800 being created during construction. Building of the plant is expected to start in 2018, with production scheduled to begin in 2020.

The project will also bring new technology to South Africa, help the government’s industrialisation programme and add value to the country’s mining and mineral processing value chain. The South African Department of Trade and Industry provided R17.1-million in funding in 2015 to assist with feasibility studies.

In 2016, the department approved tax incentives applications from the company, which included R900-million in non-taxable revenue and R10-million in training allowances.

“This project marks a major milestone in the development of the titanium mineral value chain, not only in South Africa but in Africa as a whole,” said Donovan Chimhandamba, Chief Executive of Johannesburg-based Nyanza. Africa currently imports about 130 000 tonnes of TiO2 pigment per annum, with South Africa consuming 35 000. Nyanza will produce 50 000 tonnes per annum, the bulk of which will be sold locally with the balance exported to the rest of Africa and the Middle East.

South Africa has the second largest titanium reserves in the world after China, at about 16.9 percent, and produces approximately 19.5 percent of global titanium slag. It is also the second largest producer of mined titanium ore. However, most of the titanium is exported in the form of titanium dioxide or slag to Australia and Europe, where the value addition happens, after which it is re-imported as products such as TiO2 pigment.

Africa’s only TiO2 pigment producer was the recently shutdown Huntsman Umbogintwini, which had a capacity of approximately 22 000 tonnes per annum. Nyanza projects import substitution to the value of more than $60-million per year and potential export of value-added product in excess of U.S.$90-million per year.

Also, the proprietary process developed by Avertana refines titanium and other industrial minerals and chemicals from the waste steel slag at a lower carbon footprint than existing processes, and there is minimal residual waste. Chimhandamba said the process would produce aluminium sulphate, magnesium sulphate and gypsum as co-products.

“The overall manufacturing process is novel and unique and will be a world first,” said Chimhandamba. “The focus of the feasibility studies has been to develop a unique process and demonstrate that we could use this waste steel slag and produce a world-class grade pigment.”