15 000 plus visitors emphasise significance of the role technology plays in all our futures. 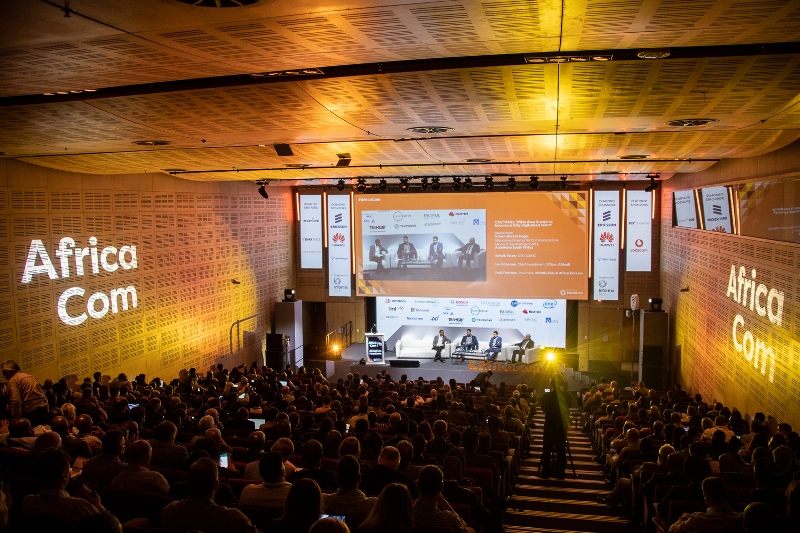 More than 15 000 visitors, over three content-packed days, attended this year’s AfricaCom, and is a record for the event that turned 22 in 2019.

AfricaCom is the world’s largest and most influential Africa-focused technology, media and telecommunications event and the presence of so many industry heavyweights, emphasised the significance of the role that technology is playing and will continue to effect, on the way the world progresses.

A power-packed line-up of speakers, panellists and exhibitors, unpacked several critical matters at this year’s event, all addressing Africa’s long-term digital potential and sustainability.  Key highlights included the importance of developing the industry’s human capital, as well as the issue of accessibility to the digital ecosystem for those who as yet, are unconnected.

In summing up this year’s event, Tom Cuthell Event Director, remarked: “AfricaCom is the annual meeting place for industry decision makers.  What has been heartening is the growth in the number of enterprise visitors this year, along with our telecommunications delegates, as well as the cross-pollination of ideas and business synergies we have witnessed as technology, telecoms and media converge.”

“One of the key highpoints for us, as the event organiser though, has been the outright success of AfricaTech, which we anticipate will be even bigger next year, given the rate at which technology is expanding its influence.” 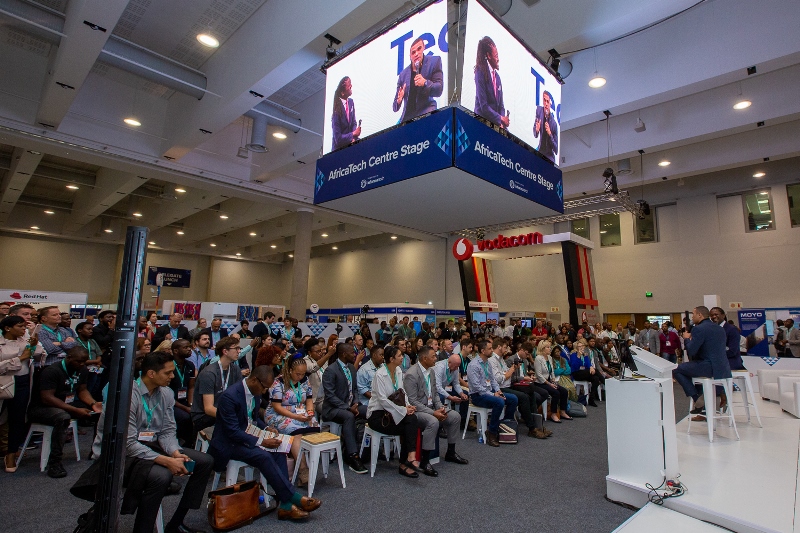 AfricaCom’s content was rich, informative and definitely thought provoking.  A recurring theme throughout several of the sessions – from IoT World Africa to the AI Summit, AHUB, Headliners and more – was the preparation that needs to take place for Africa to fully embrace the digital paradigm and take advantage of it.  Hot topics in this regard included identifying the skills gap, bridging the divide, connecting the next billion in Africa, Artificial Intelligence (AI), and Data Security and the protection of people’s information.

Preparing for a digital future

The need for the continent to address its readiness is made all the more urgent given the fact that its workforce is expected to expand by an amount that’s greater than the rest of the world put together. According to Anish Shivdasani, founder of Giraffe, a mobile recruitment app, “15 to 20 million people will enter the workforce each year for the next decade.”  That requires a workforce with skills.  Consequently, skills development in the context of the 4th Industrial Revolution (4IR), was a hot topic at both AfricaCom and AfricaTech.

Gender parity also proved to be a strong talking point around the development of human capital in both the headliner sessions and on the AfricaTech Centre Stage. Elisabeth Medou Badang, Senior Vice President Africa and Indian Ocean at Orange, who was also recognised with an award as the first AfricaCom Female Innovator of the Year, highlighted the fact that just 10% of the computer industry is made up of women and it was getting smaller each year.  “Computer science and AI are going to shape our society and if we don’t bring any women into the room, women won’t have a say in our society shift.”

Matter of fact and typically to the point, Deseré Orrill, Chair of Ole! Connect stated: “Regardless of your point of view, the reality is that things are already changing and that while many wonderful new opportunities are emerging, there is also the risk that failure to adapt could deepen the chasm between the social and economic classes of the globe, with potentially disastrous effects.  Government needs to step up and so do business leaders by prioritising the reskilling of the workforce to smooth the transitions from current to new ways of working in an AI-powered future world.”

At the crux of preparation for a digital tomorrow is education and the regulatory framework to make it a reality.  In this regard, AfricaCom also saw the staging of a Ministerial open panel discussion, which brought cabinet Ministers, regulators,  academics and business together at AfricaCom for the first time. It is understood this will be expanded on in 2020. 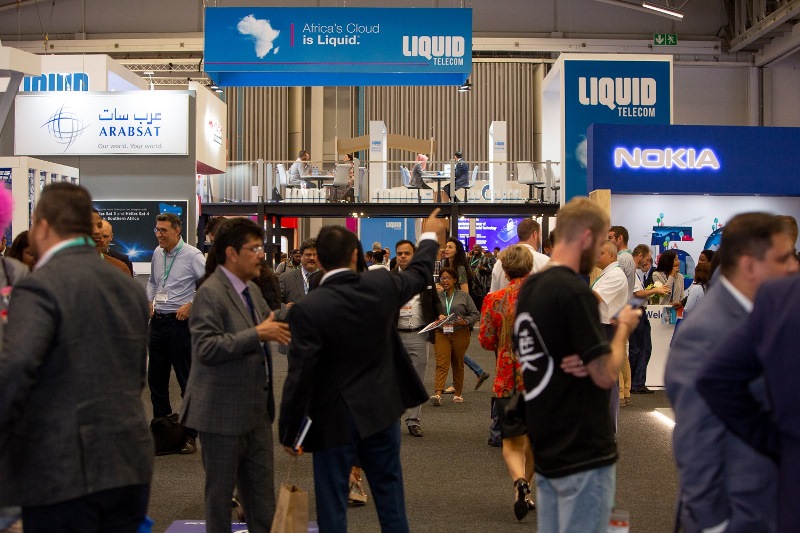 Connectivity remains the biggest key to unlocking Africa’s digital transformation. 5G is not yet a reality for Africa, which is still largely based on legacy systems such as 2G, 3G and even 4G. However, AfricaCom also presented healthy discussions around the next generation in telecommunications.

Rob Shuter, Group President and CEO of MTN added to the discussion around accessibility by stressing that it is essential that digital and telco services should make a real impact in the lives of citizens. “We believe in the concept of the demographic dividend, that Africa is characterised by 60% of people below the age of 24. We call this the ‘born digital’ generation as they very quickly adopt the digital services once they have the connectivity.” Enabling accessibility for even remote areas as a tangible reality, MTN also took the opportunity to make the announcement they were looking to roll out OpenRAN to 5000 sites across Africa.

Interlinked, are the cost of services and access to a stable source of cheap and reliable energy to power digital devices. A solution that will address the issue of broad-based accessibility, as well as the development of Africa’s human capital, is collaboration and partnerships between all manner of service providers, who have seen the scope for an open working relationship for all to benefit.  With AfricaCom providing numerous networking opportunities, many such partnerships were struck this year.

All in all, though, AfricaCom 2019 reinforced that 4IR is an era of opportunity and that technology, enhances the potential to drive Africa forward.