HomeCompany NewsPublic meeting to be held to present the land use management strategy...

EThekwini Municipality will be holding a public meeting on 23 October 2017 to allow residents in the Inner West Region to comment on the proposed Land Use Management Strategy.

EThekwini Municipality will be holding a public meeting to allow residents in the Inner West Region to comment on the proposed Land Use Management Strategy. The Strategy has been developed by the City to ensure the sustainability of the C3 Corridor.

The public meeting will be held at the Pinetown Civic Centre on 23 October 2017. The presentation will be done in two sessions from 09h30 to 11h30 with the second session running from 13h30 to 15h30.

Residents and businesses in central Pinetown as well as in the northern suburbs of the City including Bridge City Westrich, Malandela Drive, Queen Nandi Drive and Avoca Hills are encouraged to use this platform to make suggestions on the proposed Strategy.

The C3 Corridor is transport infrastructure modelled on Transit Orientated Development, which links people residing in the northern part of the City to access employment opportunities along the Corridor and in the Inner West region.

The project aims to develop and strengthen transportation orientated development along the major roads that links the north and western areas. This transport infrastructure will attract more commuters to these transport nodes. It will also allow pedestrians to have access to facilities and will improve the efficiency of the transportation system in the City.

The presentation of the Land Use Management Strategy aims to inform affected members of the public about the development as well as measures that are in place to allow for resilience of land usage and economic growth.

EThekwini Mayor Zandile Gumede said the strategy provides opportunities for Radical Economic Transformation within the City as it contributes to the economic and social wellbeing of residents.

Mayor Gumede said the C3 Corridor development is in line with the City’s vision of becoming a liveable City through creating liveable mixed-use spaces, which forms part of the City’s urban renewal plan.

Members of the public, business and the media are invited to attend the meeting. The meeting’s sessions are scheduled as follows:

For more information on the presentation of the Land Use Management Strategy for the C3 Corridor, email: Sandra Abrahams no later than Thursday, 19 October 2017. 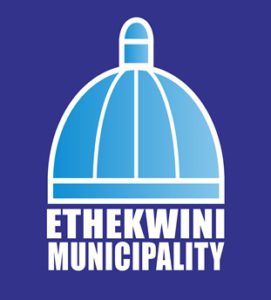