With its two important ports, KwaZulu-Natal is very much a maritime province. Between them, Durban and Richards Bay handle 78% of South Africa’s cargo tonnage. Richards Bay, apart from being the country’s main site for the export of coal, is also a registered Industrial Development Zone (IDZ) and consequently attracts a range of investors.

The state owns property adjacent to many of the province’s fine beaches and these will be used to further develop tourist infrastructure, primarily on the South Coast. The great annual Sardine Run is one of the highlights on the tourism calendar and generally involves thousands of individuals plunging into the surf in search of silvery treasure. Some of planned infrastructure involves fish processing.

The remote destinations in the northern parts of KwaZulu-Natal have been mentioned in some of the preliminary planning for the project, but no details have yet been announced.

Four district municipalities and the metropolitan municipality of eThekwini preside over ports, small harbours and coastal properties in the province. 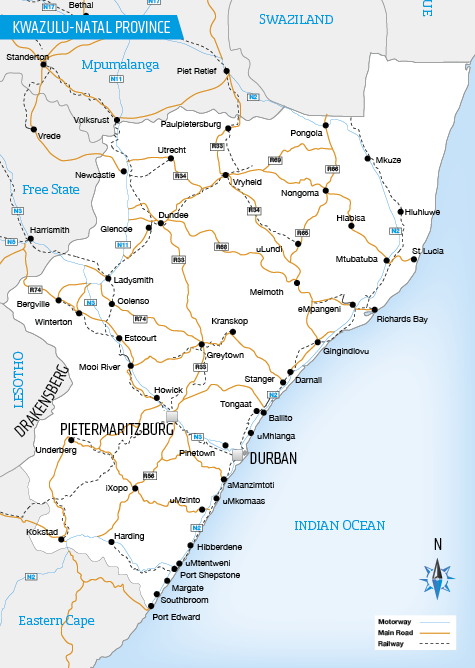