Sibambene, unveiled at a briefing in Johannesburg on 5 March, was the first company to be launched with a structure that is fully compliant with Mining Charter III. 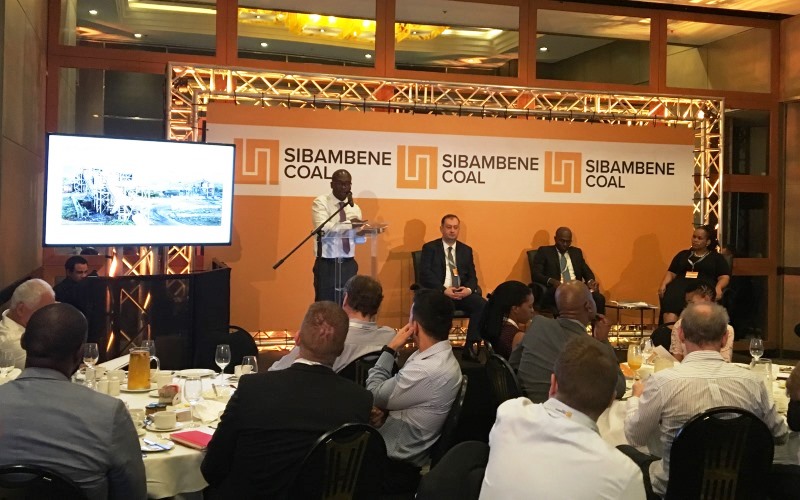 The company was unveiled at a briefing in Johannesburg on 5 March. Its directors undertook to change the landscape of the coal mining sector.

“Sibambene seeks to facilitate the entrance of new players in coal mining,” said company chairperson Dr Nomfundo Ngwenya. “We are happy to announce the establishment of Sibambene Coal at the time when South Africa is entering a new period of renewal and inclusive growth that must involve new entrants into mining,” said Ngwenya.

Sibambene consists of the following partners:

Sibambene was the first company to be launched with a structure that is fully compliant with Mining Charter III.

“While some investors may still be mulling about whether or not the new mining charter is good for investments, we are embracing it and moving ahead because we think it’s good for South Africa if its spirit is well understood by the investment community,” said Ngwenya. She added that Sibambene had the technical and financial backing to invest and create jobs.

Bayoglu said the share of coal exports at Richards Bay Coal Terminal, as well as planned procurement by Eskom, demonstrated the need for new coal mining players to enter the sector to avoid the risk of over-concentration in future.

For the year 2019, four companies will take about 75 percent of the total allocation for exports at Richards Bay Coal Terminal. In addition, about 68 percent of total coal to be supplied to Eskom in 2019 will come from four companies. In both RBCT and Eskom there is an expected common denominator of three companies.

Bayoglu said Sibambene wanted to contribute to the competitiveness in the coal mining sector. “We are excited that the government has committed itself to dealing with overconcentration in the economy in general. We think it’s important that we see it as one of the ways to create an environment for new investments in the coal sector and for job creation,” Bayoglu said.

Although the directors of Sibambene declined to mention any specific company on target for acquisition, they said they were looking forward to their first deal.

“Whether it’s an existing operation or a new project that needs capital investment, we are ready to do an evaluation. We will invest where we think we can create value. We believe South Africa is ripe for investments in both coal and renewable energy. The two are, however, not in competition. We are biased to the one that creates more jobs for our people,” said Ngcobo.

Mercuria’s Gillespie said the global energy group would continue to fund investments in South Africa and contribute to the drive to reignite growth in key sectors. Gillespie said: “While visiting South Africa last year the president of Mercuria, Daniel Jaeggi, said he was pleased that promoting a positive investment climate was one of the top priorities of President Cyril Ramaphosa. Mercuria is committed to taking advantage of this climate by partnering with other investors to promote inclusive growth in the coal sector.”

Kamaloodien said it was important that more and more investors showed appetite in the mining industry. “Since I got involved in 2005, I realised that the industry needs more investors. I think it works well if younger people team up with experienced investors,” he said.