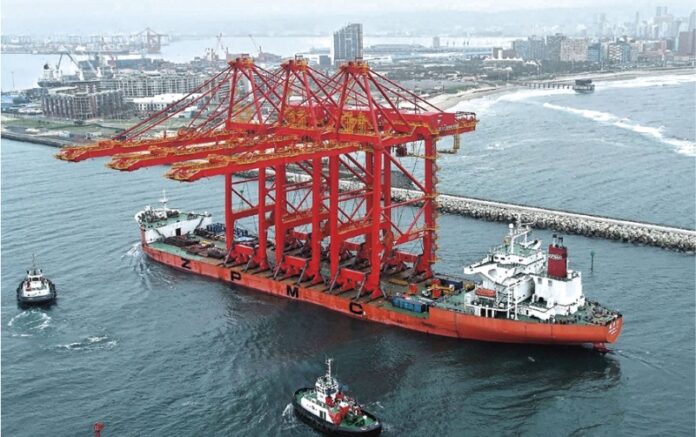 KwaZulu-Natal is famous for its tourism offering that ranges from the majestic Drakensberg mountains to the beautiful beaches along the Indian Ocean, but the province is also home to thousands of manufacturing concerns that play a major role in South Africa’s economy.

With two of the country’s busiest ports, Richards Bay and Durban, the province plays a vital role in national logistics and international trade.

The Port of Durban’s annual throughput of containers is about one-million, more than 60% of the country’s total. A priority is to improve loading and unloading times. The Port of Richards Bay is the main coal export harbour and has added a new berth on average every second year. Six cargo handling terminals handle 60% of South Africa’s seaborne cargo.

The Dube TradePort (DTP) helps to drive economic growth. It is home to the King Shaka International Airport, an agricultural greenhouse, a cargo terminal and various other sections relating to trade, business and transport, all on 3 000 ha of land north of Durban. DTP has attracted a R2-billion foreign direct investment through Indian business conglomerate Action Group and is making a solid contribution to KwaZulu-Natal’s economy.

The province has shown considerable growth in the business services, transport and retail sectors. Manufacturing in KwaZulu-Natal makes up almost a third of South Africa’s capacity.

Manufacturers such as Unilever, RCL and Clover have a big presence in KwaZulu-Natal. Illovo Sugar and the Tongaat-Hulett Group are international companies with substantial sugar-cane holdings, manufacturing plants and downstream beneficiation. Tongaat is also a significant property developer in the province and is active in several large projects.

In the base-metals and metal-products sectors, companies such as Hulamin, ArcelorMittal and Assmang have a big presence in the province. Toyota and Bell Equipment are important companies in the automotive sector while the Engen Oil Refinery and dissolving pulp manufacturer Sappi are among other strategically important plants.

Manufacturing contributes 21.5% of the gross regional product (GRP). Samsung Electrics has chosen the province as the site of a $20-million television factory, a Chinese company intends establishing a multi-billion-rand steel plant at Richards Bay and a pipe-manufacturing concern has put R300-million into a new plant.

KwaZulu-Natal is a national leader in the forestry and paper sector. The forest-product export sector in South Africa is made up of paper (45.2%), solid wood (23.3%) and pulp (28.9%). Mondi and Sappi are both large international companies and the pulp and paper sector makes a direct contribution to South Africa’s balance of payments of R4.5-billion.

Mpact, the paper manufacturing and plastics packager that was spun out of Mondi, invested a further R200-million in its waste paper and recycling operation at Empangeni. The company collects more than 450 000 tons every year.

The Oceans Economy and a national policy shift towards the use of gas are both developments that will boost the regional economy.

The province’s two large ports are natural sites for the increase in Oceans Economy-related sectors such as ship-building and repair, and oil and gas support (rig repair). The creation of a marine manufacturing and repair cluster at Richards Bay is being considered. Ship-building and ship repairs is an existing industry but it is currently not very big. If oil rigs were to start visiting the KZN coastline on a regular basis, this industry would grow exponentially.

Richards Bay, apart from being the country’s main site for the export of coal, is also a registered Industrial Development Zone (IDZ) and consequently attracts a diverse range of investors.

The decision to build a cruise-ship terminal at the Port of Durban is a good example of the kind of decision that is nicely in line with an Oceans Economy approach. Several fish-farming projects are planned for KwaZulu-Natal (mostly with kob) and a catfish feasibility study is under way.

The Provincial Government of KwaZulu-Natal has created the KwaZulu-Natal Maritime Institute. This is administered by the restructured Sharks Board and training programmes are coordinated with Transnet to make sure that relevant courses are offered. Since 2012, 800 students have been studying maritime-related courses.

With the announcement by national government of its support for major gas-to-power projects, the Richards Bay Industrial Development Zone is in line to host a large facility. The proximity of the RBIDZ to the gas fields of Mozambique makes this a potentially giant project.