Mining’s contribution to provincial GDP is 25.9% and the sector employs 53 000 people.

Afrimat is listed on the JSE in the “Construction and Building Materials” section, but the company has shown an appetite for acquiring mines in order to diversify. In May 2020 Afrimat made a bid for control of Unicorn Capital Partners (previously Sentula Mining) which controls the Nkomati anthracite mine in Mpumalanga.

The mine, which is in the south-eastern corner of the province, has proven resources of 8.7-million tons, and upwards of 400 jobs were created over the last two years. Local communities have a 16.1% stake in the relaunched mine and the Mpumalanga Economic Growth Agency (MEGA) holds 34%.

The private investment and management company Menar, which is headquartered in Luxembourg, controls and manages two assets in Mpumalanga through Canyon Coal and Sitatunga Resources.

Extension projects are underway or planned at Phalanndwa colliery and De Wittekrans.

Other companies engaged in expansion of life-of-mine projects are Pan African Resources and Evander (Elikhulu tailings), Exxaro Resources (Leeuwpan) and South32, which is spending about R4.3-billion at Klipspruit.

Mpumalanga accounts for 83% of South Africa’s coal production and is the third-largest coal-exporting region in the world. Although renewable energy is catching on in South Africa, there is no prospect of Mpumalanga’s coal-fired power stations being mothballed soon. Mining’s contribution to provincial GDP is 25.9% and the sector employs 53 000 people.

Training and employment in the sector

Most of the province’s mining companies are involved in training. The Colliery Training College (CTC) in Emalahleni is owned by a consortium of companies: Exxaro, Glencore, Kanga Coal, South32 and Izimbiwa Coal. The centre offers a broad range of artisan training, including auto electrician, fitting and turning and millwrights. CTC has been recognised as a leader in artisan training by the National Skills Authority.

Coal giant Exxaro, which runs five mines in the province, has committed R3.8-billion to
its Belfast project, an investment that will create 1 160 jobs and have an impact on the GDP (over the life of the mine) of R39-billion.

After Exxaro Coal Mpumalanga’s transfer of its 50% stake in the Arnot coal mine to mineworkers at no cost, the workers received a further 5% “free-carry” because of the specifications of Mining Charter III. The mine thus becomes South Africa’s first majority worker-owned mine. Wescoal is the other shareholder and operator of the mine.

The opening in 2019 of Sasol’s Impumelelo Colliery south-west of Secunda was the final phase of an investment in new coal mines to replace three coal mines that had reached the end of their lives. Sasol produces 40-million tons of coal annually. Impumelelo, which will produce 8.5-million tons per year, cost R5.6-billion to build.

Anglo American has sold its thermal coal operations to Seriti, which is therefore the second-largest provider of thermal coal to Eskom, supplying almost a quarter of the utility’s annual coal requirements.

State coal company AEMFC (African Exploration Mining & Finance Corporation) runs a colliery at Vlakfontein near Ogies and is planning to develop other projects. South32 has four collieries and three processing plants in the province. The company has 4 860 full-time
employees and 4 400 contractors.

ArmCoal is a black-owned coal company that arose out of a deal between Xstrata Coal SA and African Rainbow Minerals Limited (51%).

Coal, platinum, gold and nickel are the province’s major mineral resources and all are still in demand. South Africa produces 75% of the world’s platinum, 80% of its manganese, 73% of its chrome and 45% of its vanadium.

Deposits of chromite, magnetite and vanadium are the basis of the ferro-alloy complex in Witbank-Middelburg (in the District Municipality of Nkangala) and Lydenburg (Mashishing).

Nkomati Mine was South Africa’s only pure-nickel operation before it was decided to place it on care and maintenance in preparation of closure. The underground mine was closed in 2015 and the open-pit operation will close in 2020. 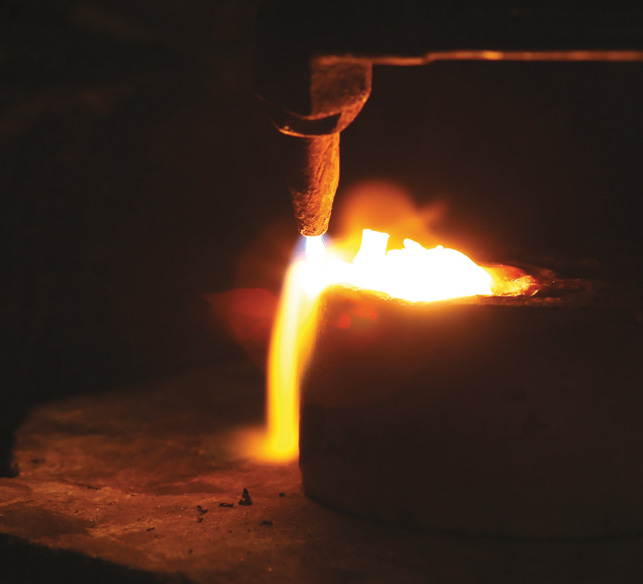 Stillwater Sibanye is the new owner of the Burnstone gold mine near Balfour. Stonewall Resources runs the TGME Project, near the towns of Pilgrim’s Rest and Sabie. Stonewall has ambitious targets of going beyond production of 40 000 ounces from this and other historic mines in the area.

Having taken full control of its Barberton mines, Pan African improved its BEE position (Shanduka Gold is a 23.8% shareholder) and set about increasing its annual gold output to 100 000 ounces. Platinum is an important mineral for the modern economy. Two Rivers is a joint venture between Implats (46%) and African Rainbow Minerals.

Northam Platinum, which has assets on both limbs of the Bushveld Igneous Complex, has purchased the Everest mine from Aquarius Platinum. Everest is adjacent to Northam’s existing Booysendal mine.

Jubilee Platinum has sold its Smelting and Refining business in Middelburg to Siyanda Resources. Sylvania Platinum now has seven PGM recovery plants that extract chrome from tailings on both sides of the Bushveld Igneous Complex.

The Manganese Metal Company (MMC) in Nelspruit is the largest producer of pure electrolytic manganese in the world. MMC is owned by Samancor (51%) and Bilston Investments owns the balance.