The journey of the MMSEZ EIA application started in 2018 with a detailed Environmental Screening Study and followed by a Scoping Report in 2019.

9th July 2022, Polokwane – South Africa: Musina Makhado Special Economic Zone (MMSEZ) SOC welcomes the decision of the competent authority appeal body, Limpopo Economic Development, Environment, and Tourism (LEDET) MEC Thabo Mokone to dismiss all the appeal grounds from some of the affected and interested parties who are opposed to the granting of the Environmental Authorization (EA) for the MMSEZ to develop one of the biggest ever heavy industrial parks in the history of Limpopo.

For far too long, the MMSEZ bended backward to afford the interested and affected parties the democratic space to register their legitimate concerns on our EIA application, a process which unfortunately degenerated into abuses. Some individuals and organisations elected to become the champions and advocates for the perpetuation of poverty and unemployment among the voiceless poor people of Vhembe District and Limpopo in general. They did this by unnecessarily delaying this project which carries the hopes of many to liberate themselves from the shackles of the twin-devils of poverty and unemployment. They chose their egos over our people. Our people may not have the platform nor the resources to attract media headlines regularly but their plight triggers even more courage and vigour from us to fight harder for their ultimate emancipation from the clutches of underdevelopment.

“We welcome the decision by MEC Thabo Mokone as the appeal body in terms of the law which vindicated us from the baseless and speculative accusations. This outcome reaffirms our steadfastness to the rule of law and confirms that our efforts to follow the law to the latter was not in vain. Hopefully this decision puts the EIA matter to bed and will afford us the much needed time and space to commence with the ultimate implementation of the project in earnest,” says CEO Lehlogonolo Masoga.

“The journey of the MMSEZ EIA application started in 2018 with a detailed Environmental Screening Study and followed by a Scoping Report in 2019. The Scoping Report identified a myriad of specialist studies to be conducted and we are pleased that in our endeavour to comply with the law, protect the environment, and positively respond to the concerns raised by the public, we commissioned even more studies and conducted additional public participation beyond the scope prescribed by the competent authority,” explains Masoga.

As stated previously, “We wish to reconfirm that indeed the MMSEZ has abandoned the coal-fired power plant project and substituted it with solar energy project (1000 MW). Furthermore, we recently announced a partnership agreement with an Australian company to explore hydrogen energy generation as part of our energy mix strategy. It was astonishing to have some of the interested and affected parties advance an argument about coal power plant as the basis for appeal despite our previously public pronouncements that we have embraced a ‘just transition’ and committed to renewable energy to reduce carbon footprint in line with the South African government’s commitments to sustainable development,” Masoga elaborates further.

In the application for EIA, we stated unequivocally that we do not intent to overstretch the exploitation of the already depleted ground water resources but rather to go an extra mile to discover new water sources. Among such potential sources we openly declared the exploration of an off-channel storage dam (Musina Dam) through harvesting the frequent run-off flood water from the Limpopo River and cross border water transfer schemes from the south of the Limpopo River, Zimbabwe for the benefit of the MMSEZ and communities across Vhembe District.

Lastly, it is regrettable that some of the parties have already diverted the fight against MMSEZ to some of its innocent yet strategic partners such as the UNDP by unleashing vitriolic attack on their reputation for cheap publicity. We observe with keen interest this unwarranted and shameful opposition for the poor people of Limpopo to progress in the name of climate and the environment. 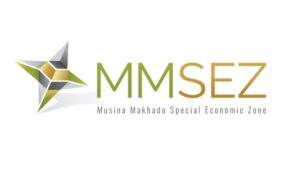