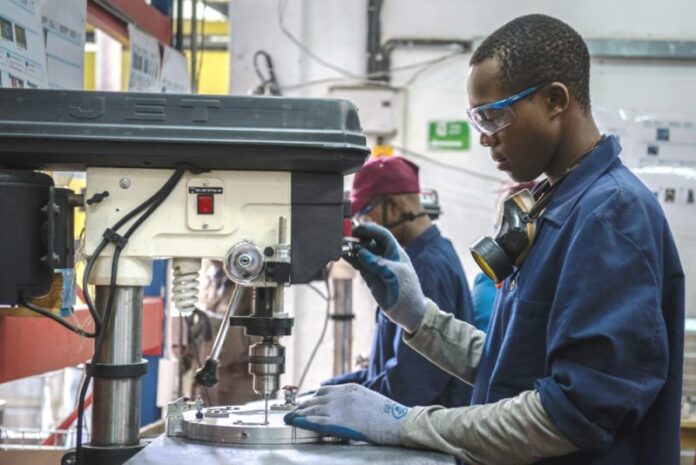 The 5th edition of the Manufacturing Indaba will be hosted at the Sandton Convention Centre in Johannesburg on the 19th and 20th of June 2018, and will take place with the joint support and strategic partnership of the Department of Trade and Industry (the dti) and the Manufacturing Circle, a corporate association of manufacturers.

It is acknowledged that a country’s sustainable economic development is led by manufacturing with essential linkages to the upstream production sectors of the economy such as mining and agriculture, as well as the downstream sectors including services, which ultimately contribute overall to strengthening integrated value chains within industry.

Certain manufacturing sectors have high employment multipliers with areas such as technology, innovation, research and development enhanced through manufacturing. Likewise, manufacturing supports and enables the growth of national skills capacity and capabilities, and the movement towards a knowledge economy. So far, the structural transformation that shifts productive resources from agriculture and mining to manufacturing which has helped many countries achieve greater prosperity, has bypassed most African countries.

At the State of the Nation Address 2018 (SONA) President Ramaphosa specified that it is necessary to address the decline of South Africa’s manufacturing capacity which has considerably affected employment and exports. He also confirmed that government plans to promote greater investment in key manufacturing sectors through the strategic use of incentives such as creating a localisation programme which will ensure that products like textile, clothing, furniture, rail rolling stock and water meters are designated for local procurement.

Manufacturing Indaba 2018 intends to cover these aspects and other topics of pertinent interest to the growth of the manufacturing sector. In 2017 African leaders adopted the Agenda 2063: The Africa We Want which envisaged a prosperous Africa based on inclusive growth and sustainable development with the structural transformation of African economies towards achieving this shared growth, jobs and economic opportunities on the continent. However, this vision is hampered by an African manufacturing sector that requires extensive reform; the need for a manufacturing renaissance, with more local value-addition that would create better-paid jobs improving resilience to economic shocks, with less dependence on natural resource exports.

Despite increasing Foreign Direct Investment (FDI) in African manufacturing and an overall increase in manufacturing, Africa’s share of GDP has remained subdued and investment in infrastructure remains nominal. African producers still struggle to meet the regulatory requirements and standards required for health, safety and the environment, and this continues to hamper African producers from entering new markets.

Improvements in the African business environment as measured by the World Bank’s Doing Business Report is clearly apparent, as in several countries on the continent it is indicated that there is a need to enhance global competitiveness, institutions, infrastructure, human capital and technology. Indicators such as political stability, governance effectiveness, rule of law and regulatory quality are essential prerequisites to developing a sustainable manufacturing sector. In alluding to African renaissance in this instance, African countries need to avail themselves of available international support. An example is theEnhanced Integrated Framework for the LDCs (Least Developed Countries) which contributes to enhancing trade and investment-related institutional capacities, however political will and the ability to leverage the existing support is required to encourage this backing.

Improving infrastructure is an absolute essential where according to the World Bank and the African Development Bank, only 34% of the continent have access to paved roads, 7% of available cultivated land is irrigated and Africans pay 100% more in transport costs than other developing regions. It is estimated that $93 billion is needed to finance Africa’s annual infrastructure needs, and currently the continent only receives $45 billion (half of which is from the public sector).

Investment in human capital particularly in higher education and training could enable African countries to excel in manufacturing production. Technology is a key driver of competitiveness, though African countries spend less than 0.4% of their GDP on research and development compared with the global average of 1.7%. Infrastructure, human capital and technology along with much-needed political will, can drive a manufacturing-led renaissance and substantial economic growth in Africa. Hence, Manufacturing Indaba 2018 anticipates unpacking the multiple micro and macro benefits associated with an African Manufacturing Revival.