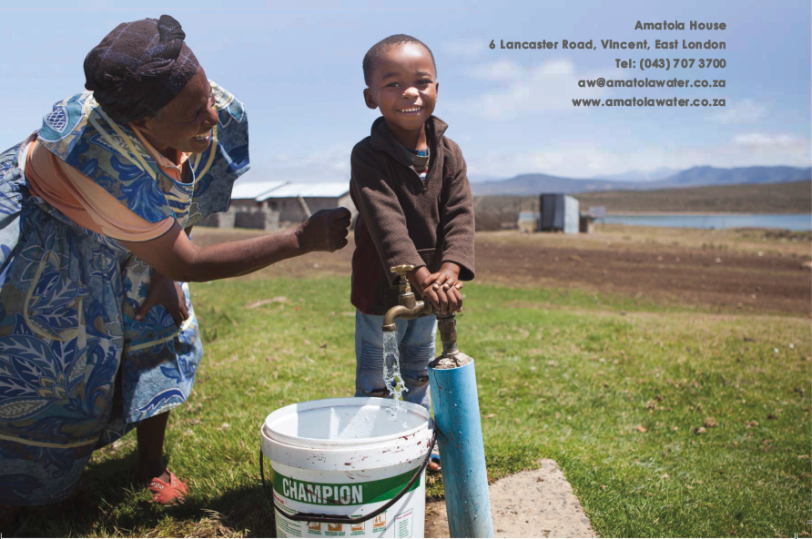 How badly has the Eastern Cape been affected by drought and what is Amatola Water doing to mitigate these effects?

Although the water sector has had a difficult time due to the prolonged drought, fortunately Amatola Water’s area of supply has been blessed with sufficient rain and dam levels remained full at between 95-100%. The water crisis has affected some areas in the Eastern Cape and those municipalities are being guided by the Drought Disaster Plan in order to cope with the conditions.

Please describe the main highlights that Amatola Water achieved in the past financial year.

We were very proud to be appointed as implementing agent for the Nooitgedacht/Coega low- level project in the Nelson Mandela Bay Metropolitan Municipality as well as the Amathole dry sanitation project. Ongoing projects where we effectively implemented strategic water and sanitation schemes include the King Sabata Dalindyebo Presidential Intervention (water and waste-water infrastructure upgrade), the Makana Right of Use (RoU) project, the Ndlambe Regional Bulk Water Supply, the Nahoon-East Coast Bulk Supply Pipeline and the upgrades of Amatola Water plants. In addition, we achieved:

This minimised environmental, financial and social impacts of losses and unaccounted for water.

In recording an 18% increase in revenue, we were also pleased to say that we supported qualifying small enterprises, emerging micro-enterprises and black-owned businesses. A clean audit was achieved.

What are some of the key challenges facing the utility’s successful operation in the next few years?

Being geographically limited in terms of the Government Gazette of 1997 means it is difficult to grow the business. However, when water crises happen we step in as per ministerial directives as an implementing agent to develop infrastructure or to operate or maintain water treatment works. This pushes up our operational costs, which are well above the national norm.

We support the long-term strategy of the Department of Water and Sanitation, namely the Institutional Reform and Realignment (IRR) which includes the transfer of strategic and specific assets to regional water boards such as Amatola Water.

Lefadi Makibinyane is the Chief Executive Officer of Amatola Water. He joined Amatola Water in February 2015 from the Consulting Engineers South Africa (CESA), where he also served as CEO.

Makibinyane is an accomplished engineer and executive, having worked in various leadership positions in both public and corporate institutions, including the City of Tshwane Metropolitan Municipality, Fieldstone Africa, the Industrial Development Corporation of South Africa (IDC), South African Breweries (SAB) and SASOL, among others. 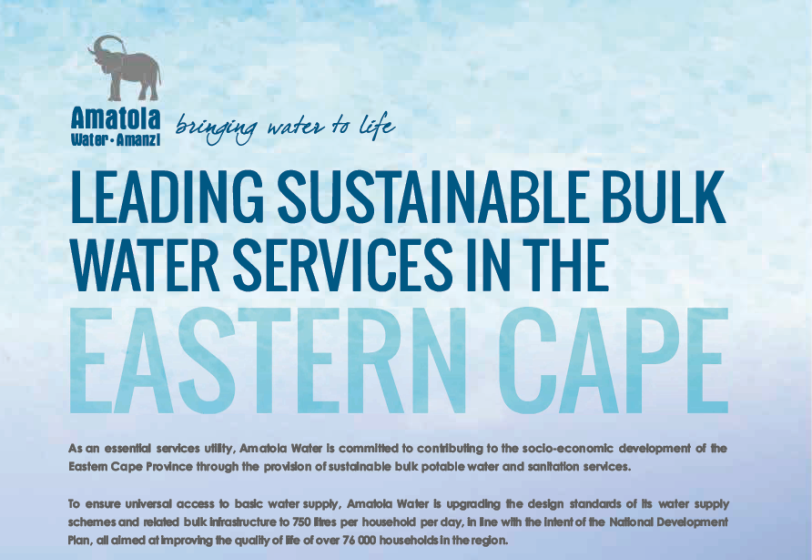